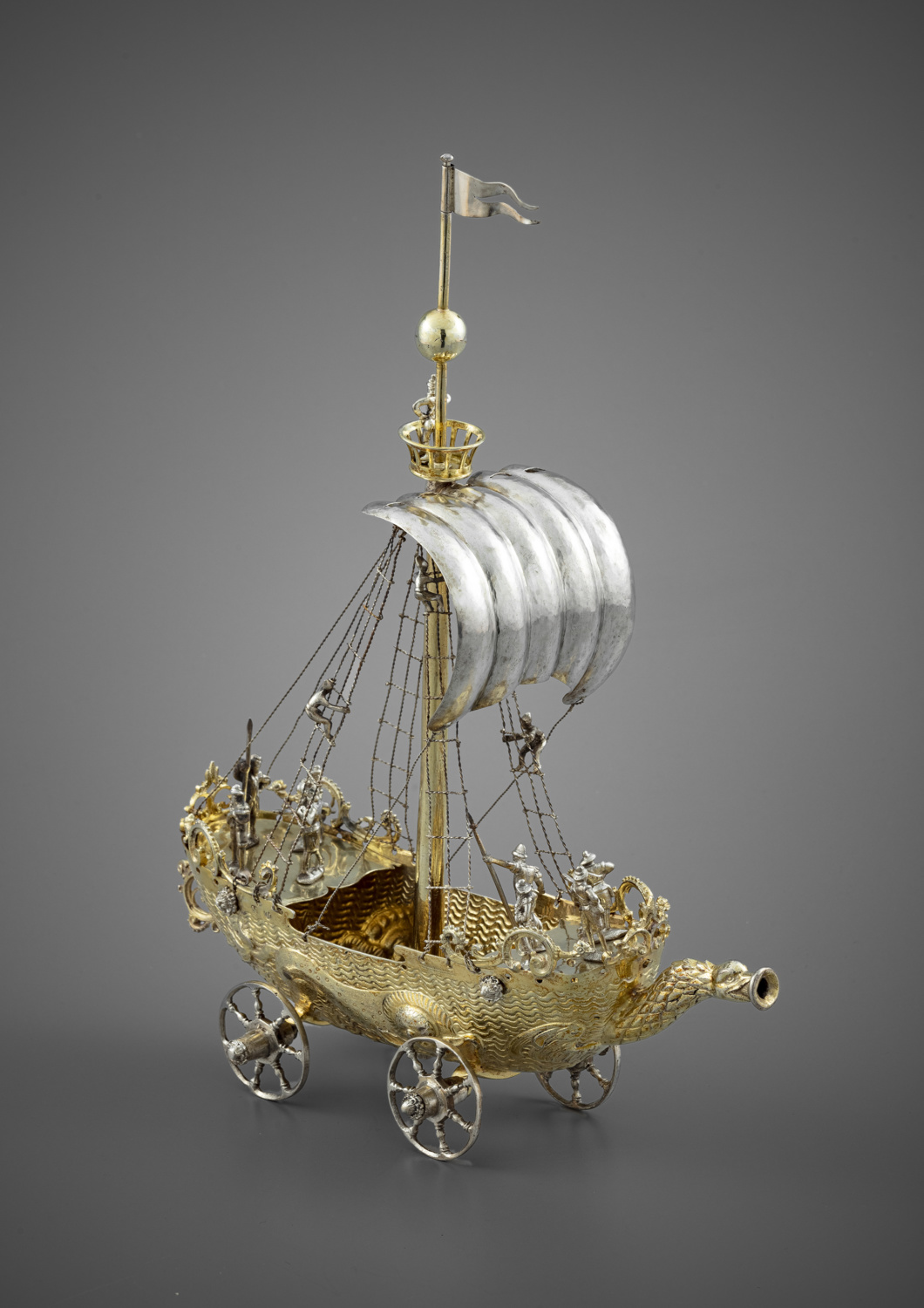 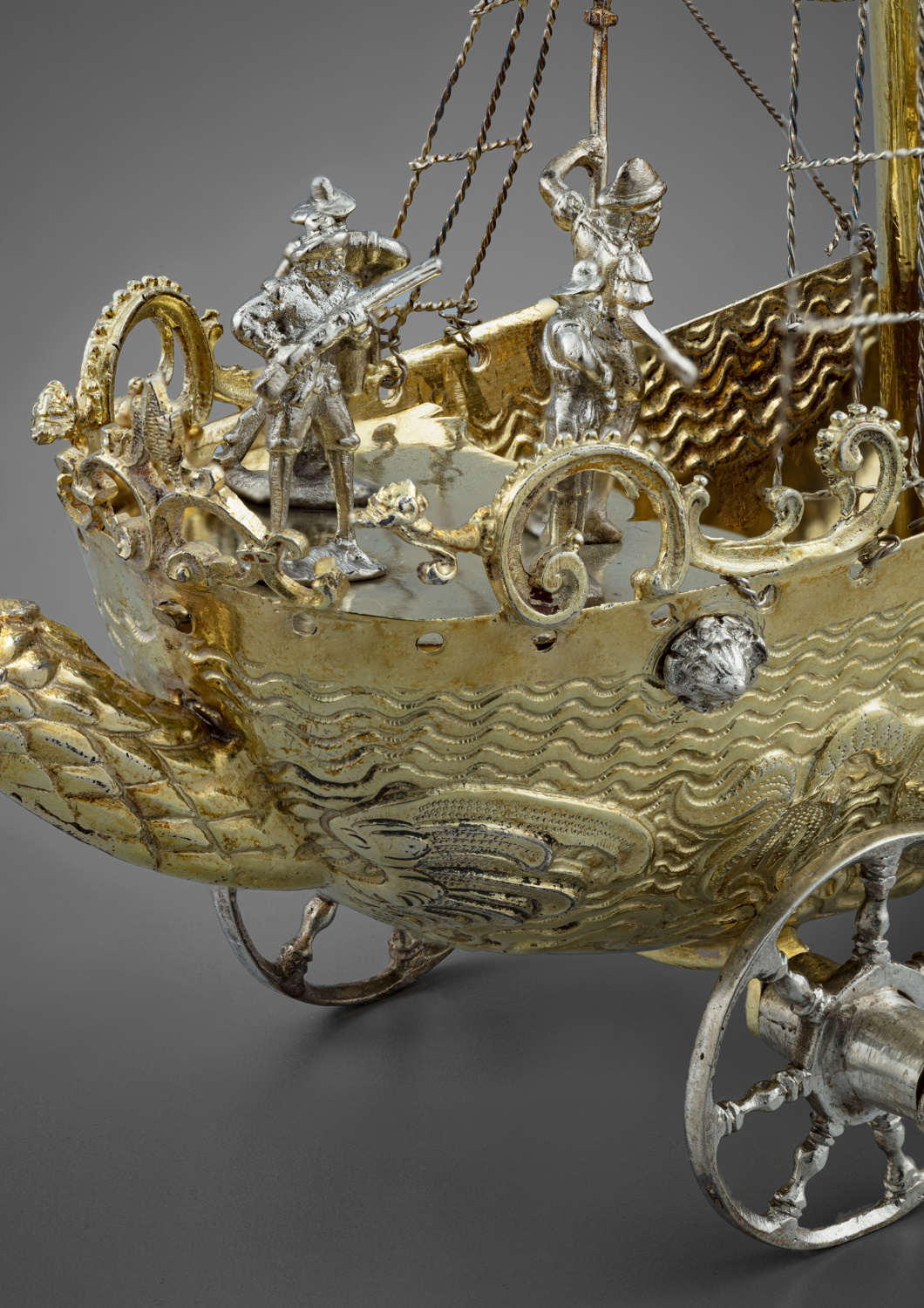 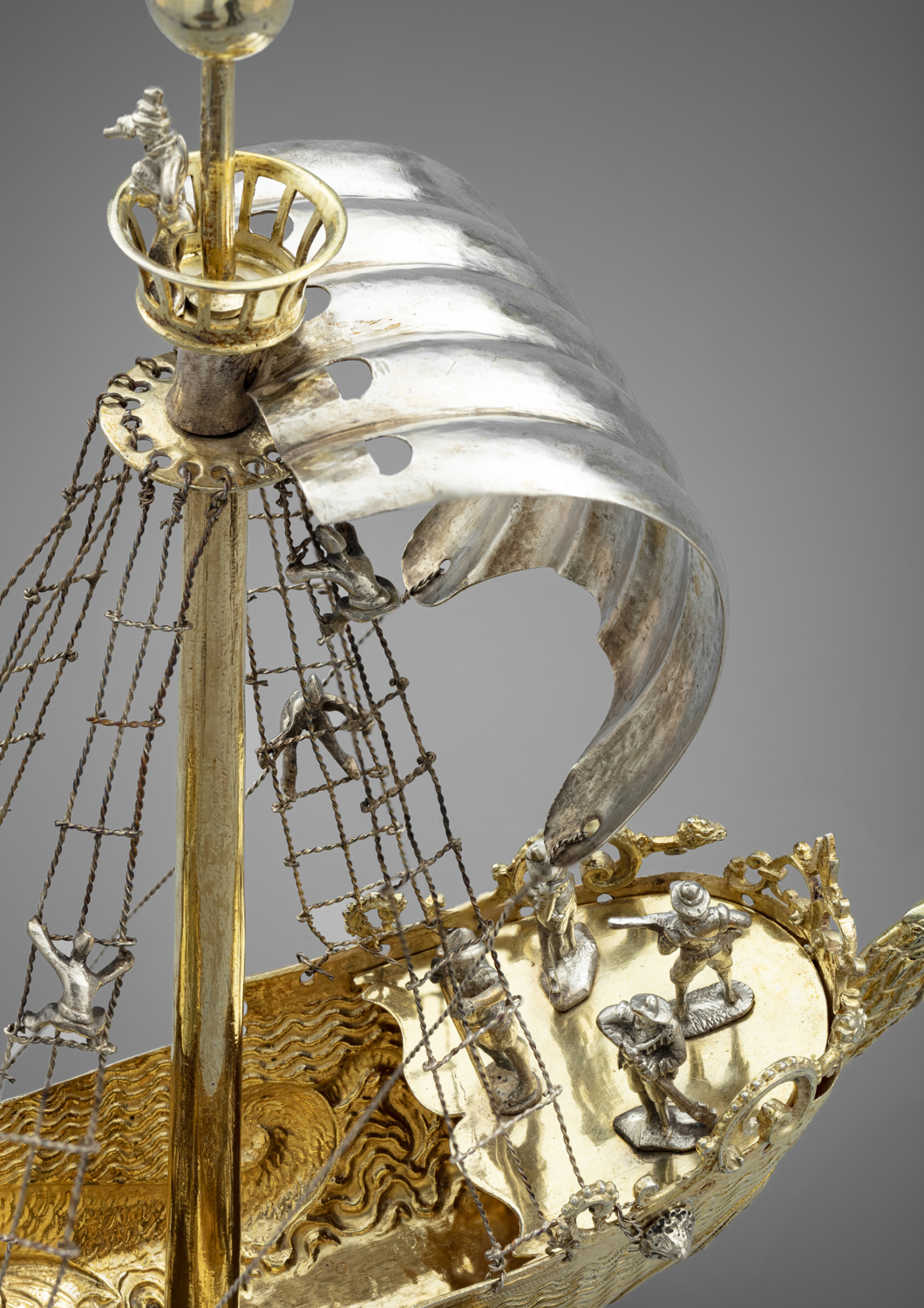 Made for the most part in Nuremberg and Augsburg, the nefs of the German Renaissance evoke explorers and far-off, exotic lands. These objects, which appeared during the Middle Ages, were symbols of power and authority. As of the 14th century, “nefs” and “navettes” were described in royal and aristocratic inventories.

During the Renaissance in Germany, nefs often lost their princely symbolism, becoming accessories in drinking games known as “Scherzgefasse”. Featuring cups in the form of animals, human figures, lanterns, and ships, they were drunk from and used to propose toast, activities much in favour at the German courts. This rare nef with wheels was intended to be placed on a banquet table and used for drinking games during which it was made to roll on the table.