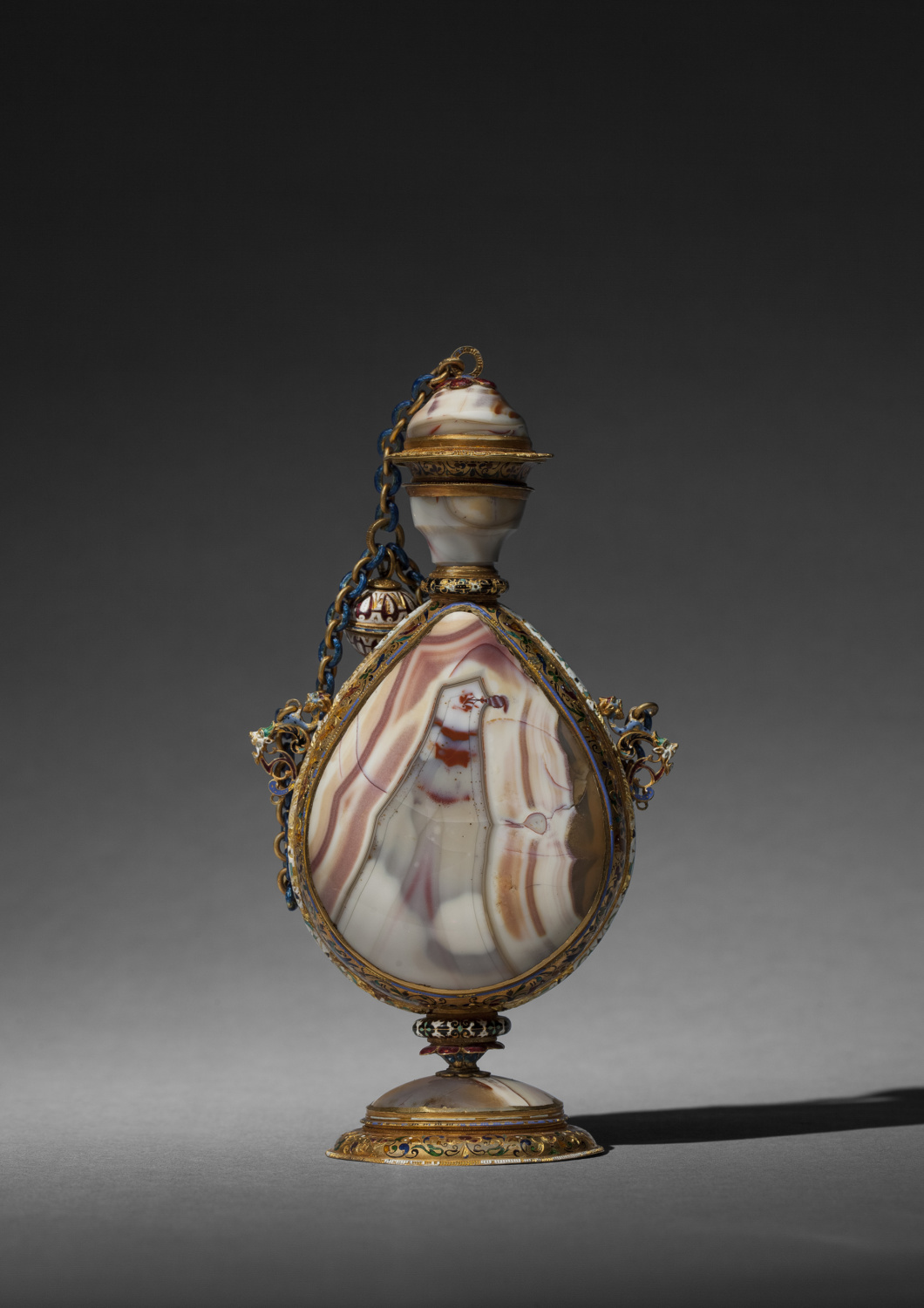 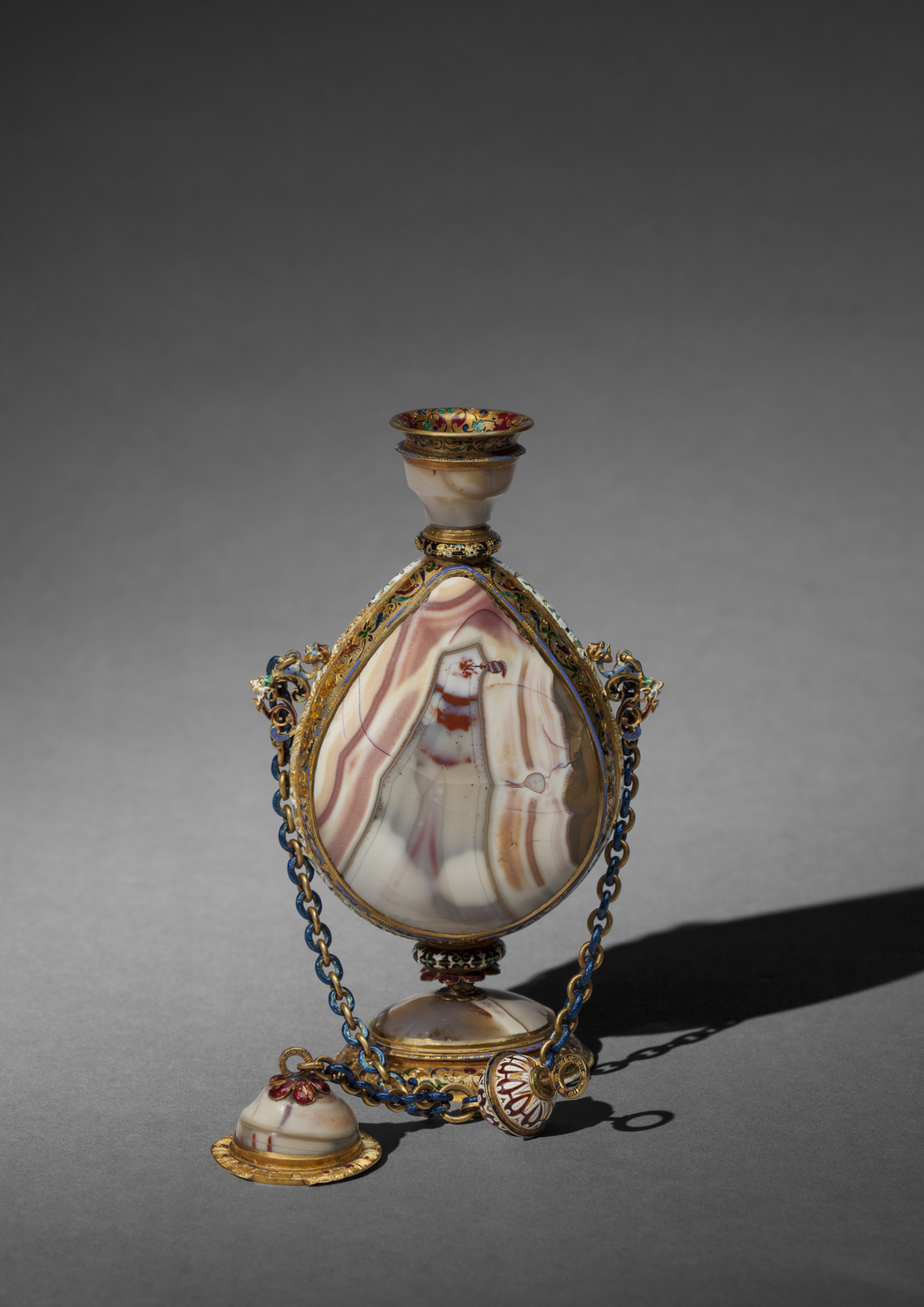 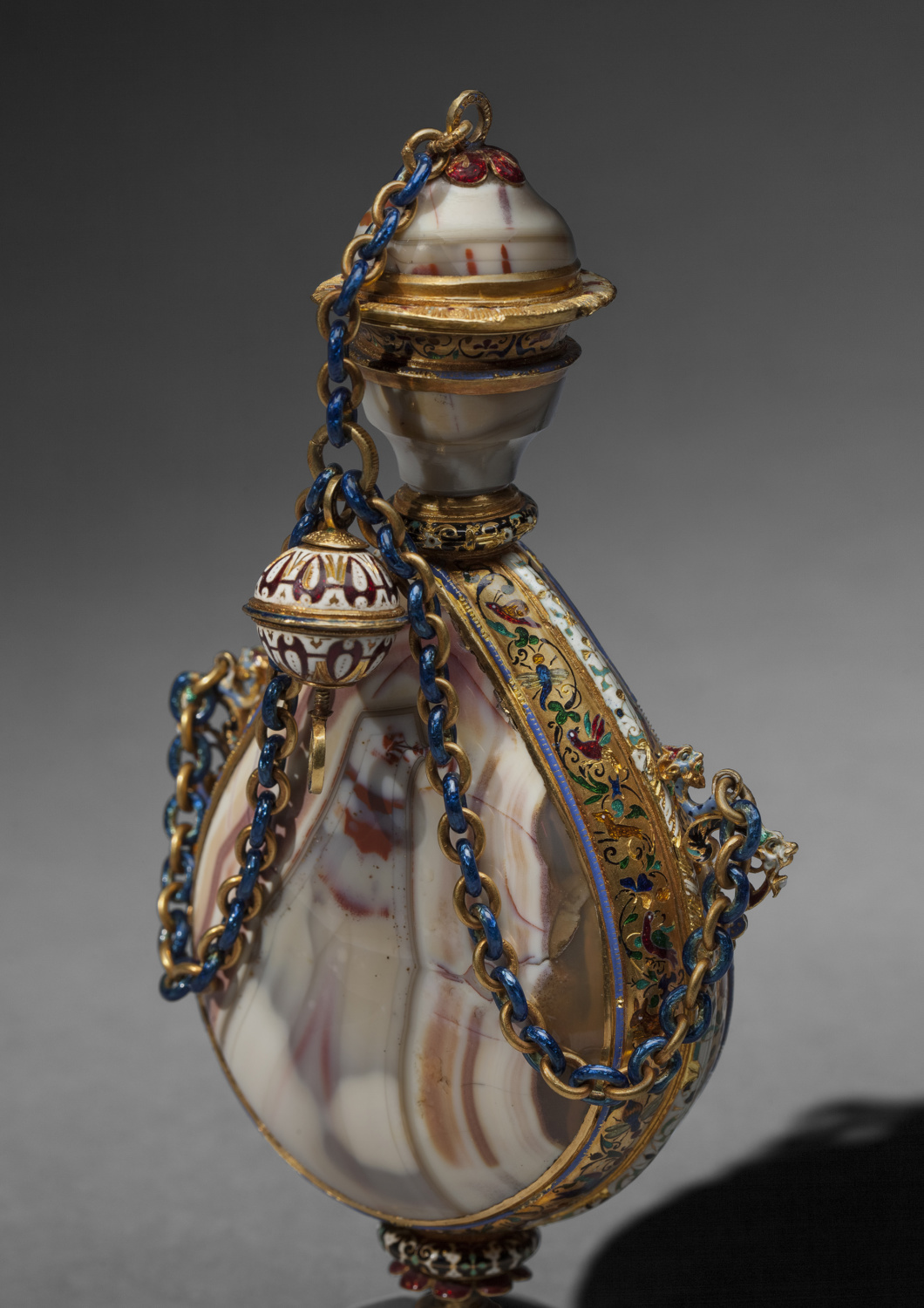 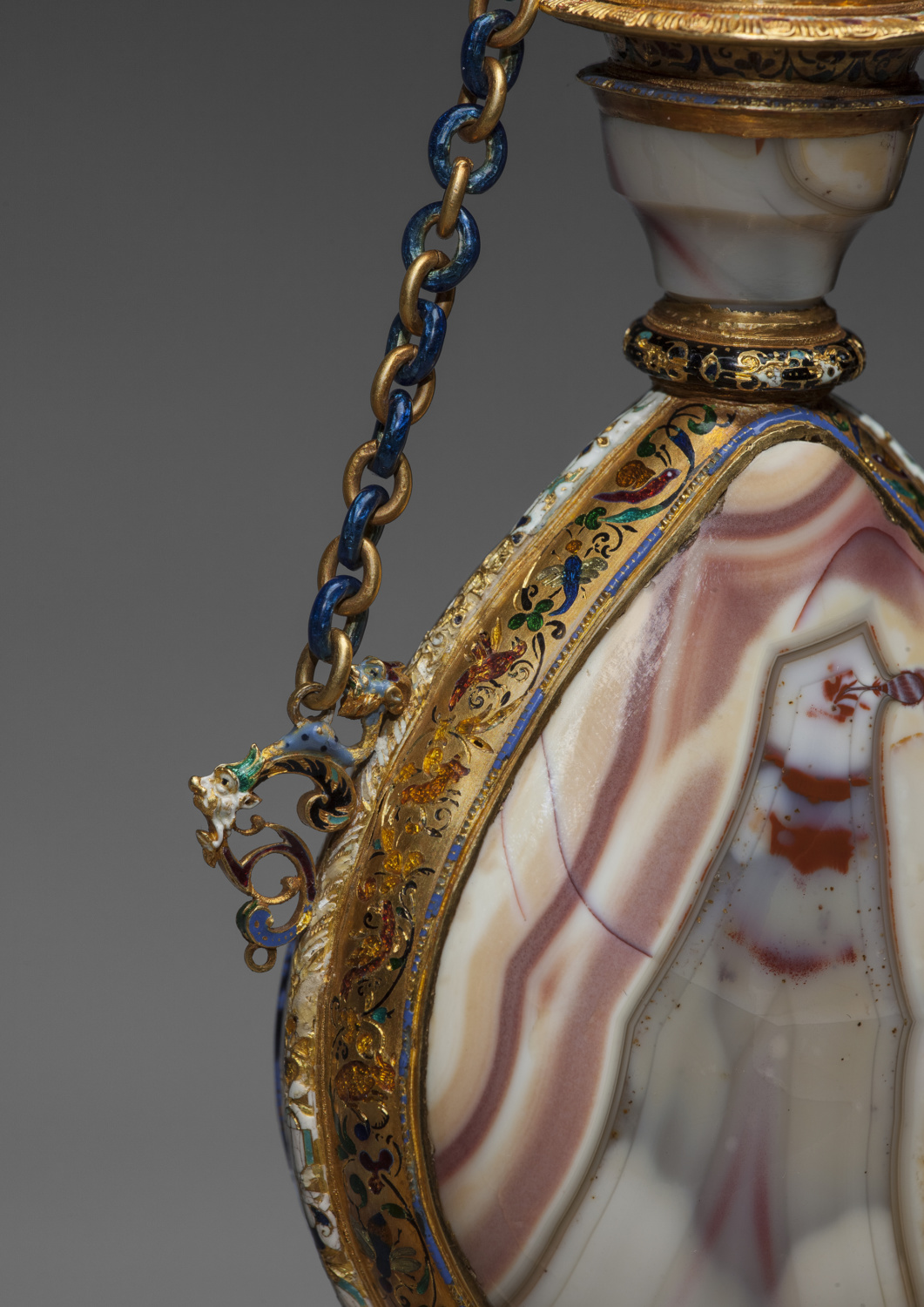 This bottle was above all created to present the two extraordinary agate plaques depicting naturally an eagle, imperial symbol. This unusual overall shape was probably dictated by the drop shape of the plaques. This rare agate is from the Saar-Nahe basin. These wonders of the natural world were highly sought after for princely Kunstkammer.

The precious gold mount adorned with polychrome translucent and opaque enamels depicts a frieze of birds, insects and mammals among foliate scroll works. This style is close to that of Jan Vermeyen, a Flemish born goldsmith who became Court goldsmith to Emperor Rudolph II in Prague from 1597 to his death in 1602.