Black and red chalk with stumping on paper Dated in the upper right in black chalk, 1577·

Rush Harrison Kress (1877‑1963), acquired in 1959 as a gift to his daughter Diana Watkins Kress, upon her marriage to Drummond Busch Hadley, New York 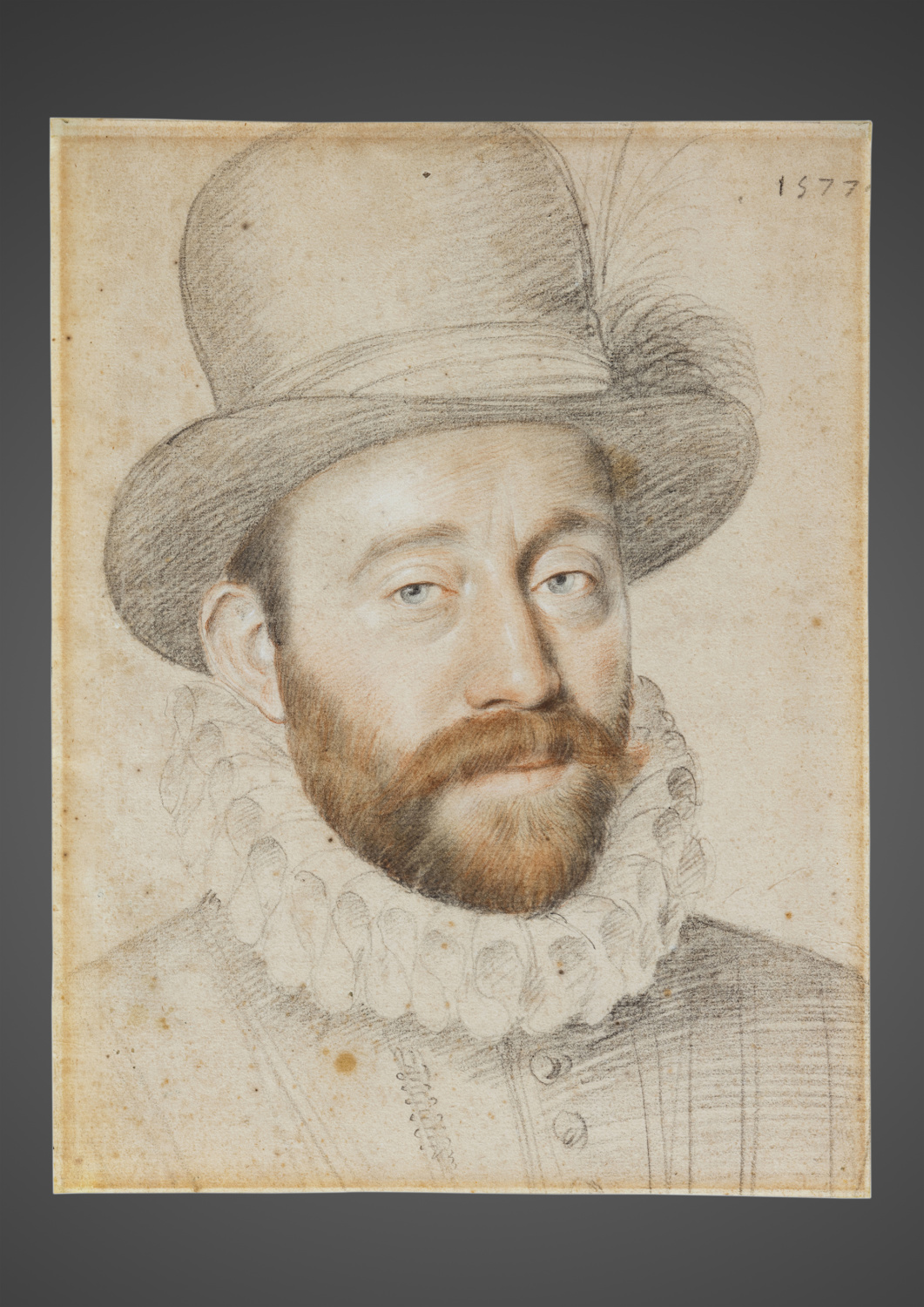 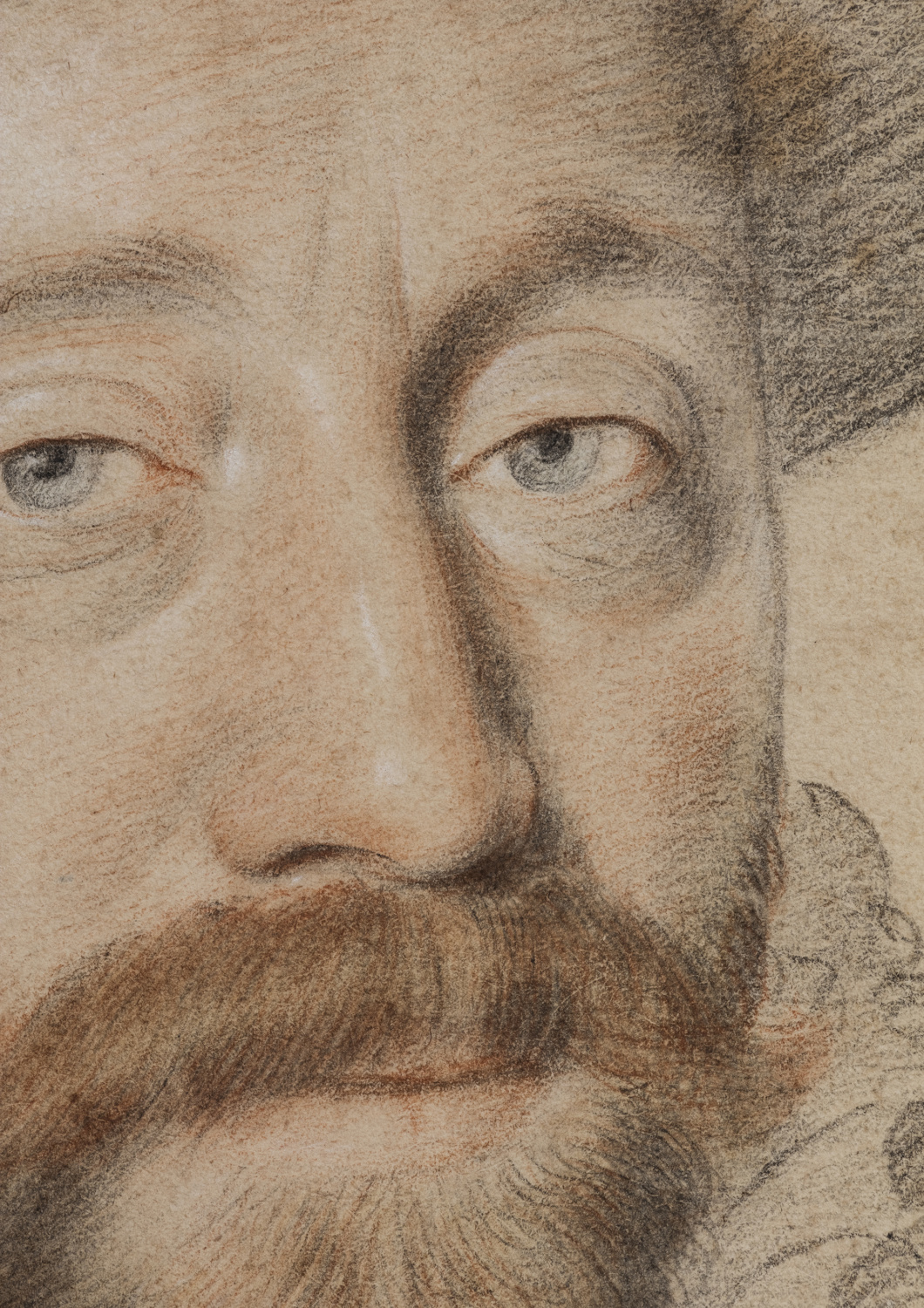 The present drawing is a remarkable illustration of the subtle art of the crayon portrait, which was the great specialty of the French Renaissance. Developed in the late 15th century by Jean Perréal and perfected by Jehannet Clouet and his son François, this very simple technique, involving only black and red chalk on unprepared paper, nevertheless required a virtuoso technique and a sure hand, as well as the ability to capture a sitter’s essence within a short time.

This magnificent crayon depicts a man in the prime of life. His cursorily rendered clothing consists of a trimmed jerkin and a wide gadrooned ruff in the style of the second half of the 1570s. While the sitter’s identity has not yet been discovered, he is dressed like a gentleman of the court of Henri III or Charles III of Lorraine.