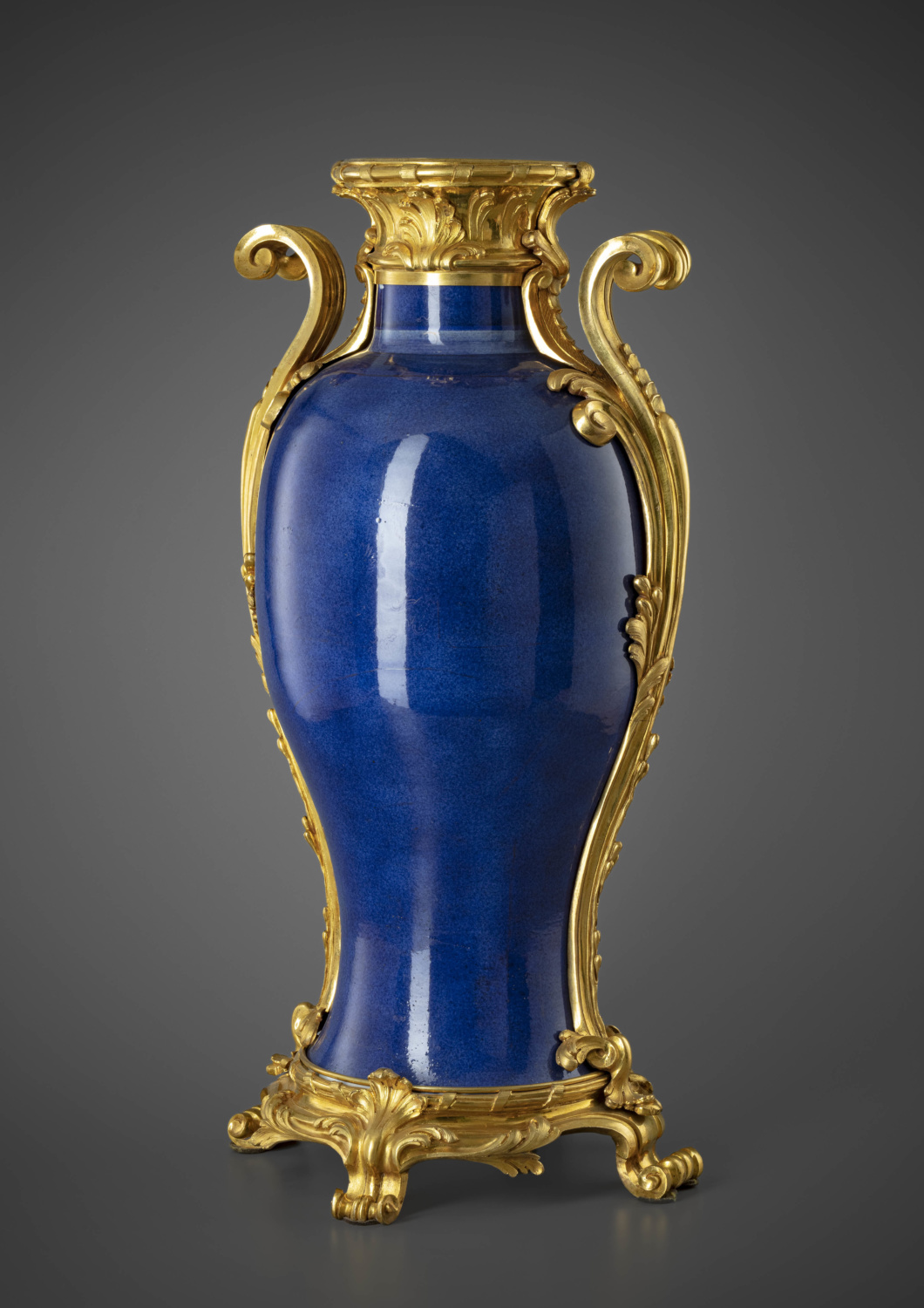 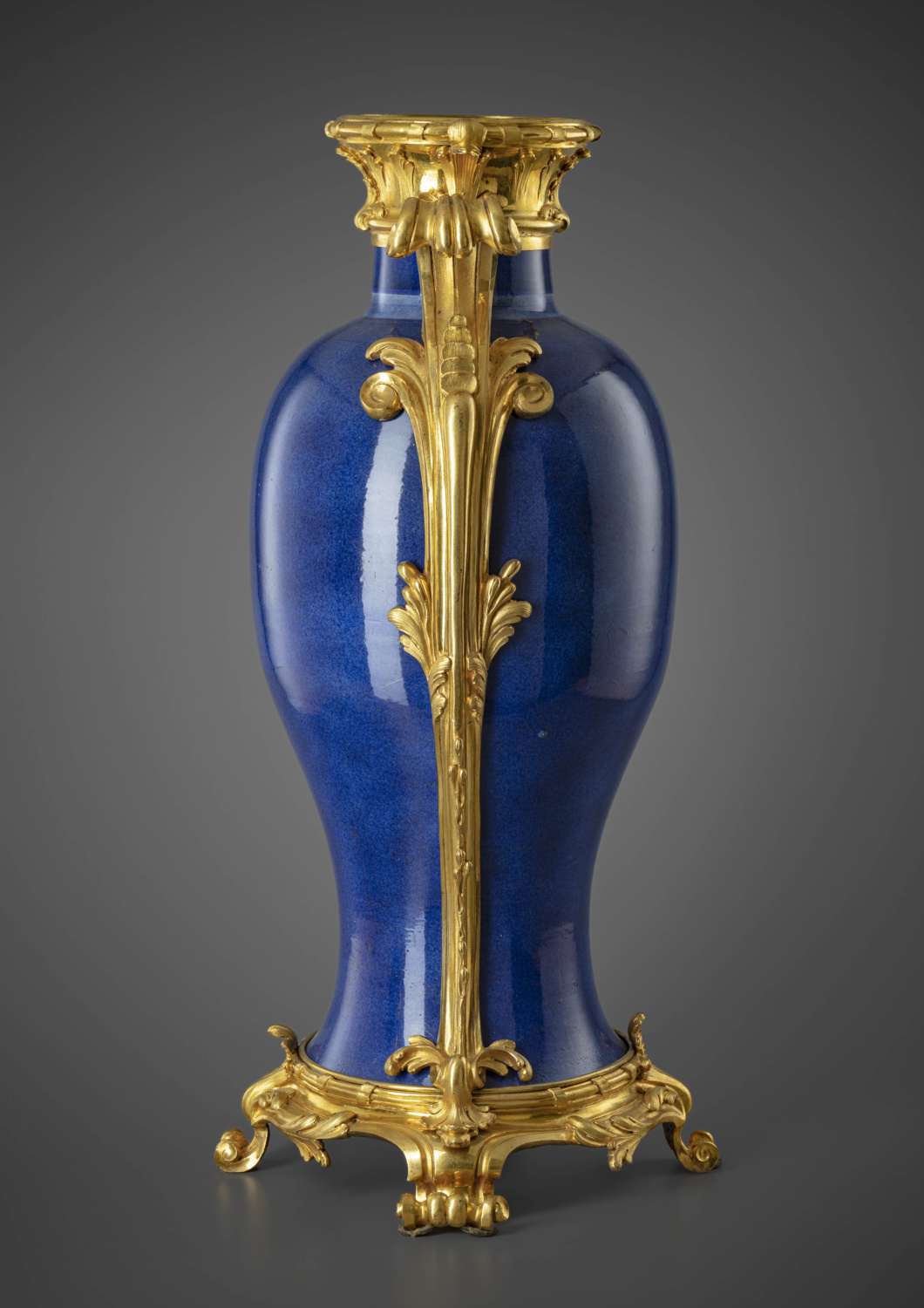 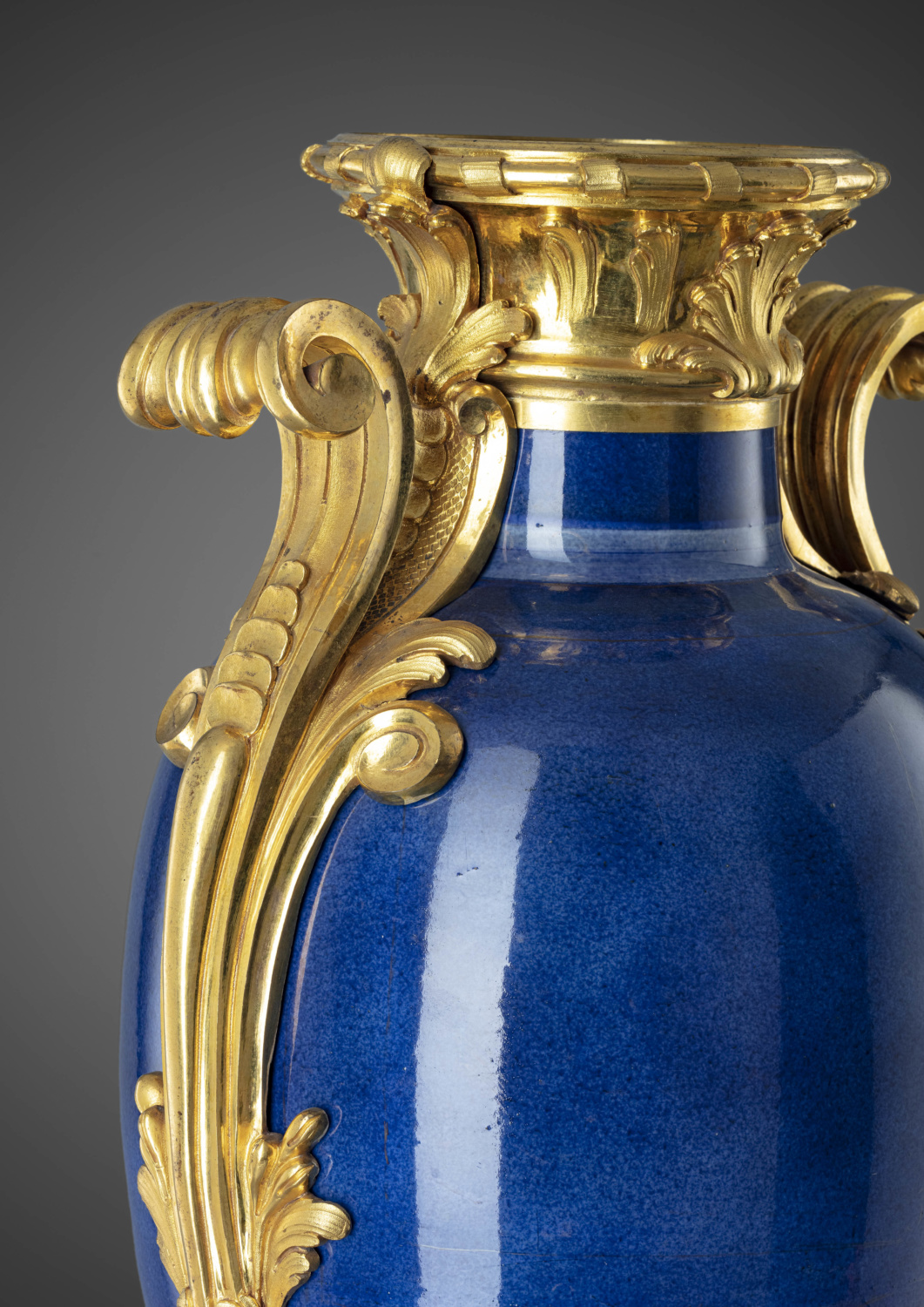 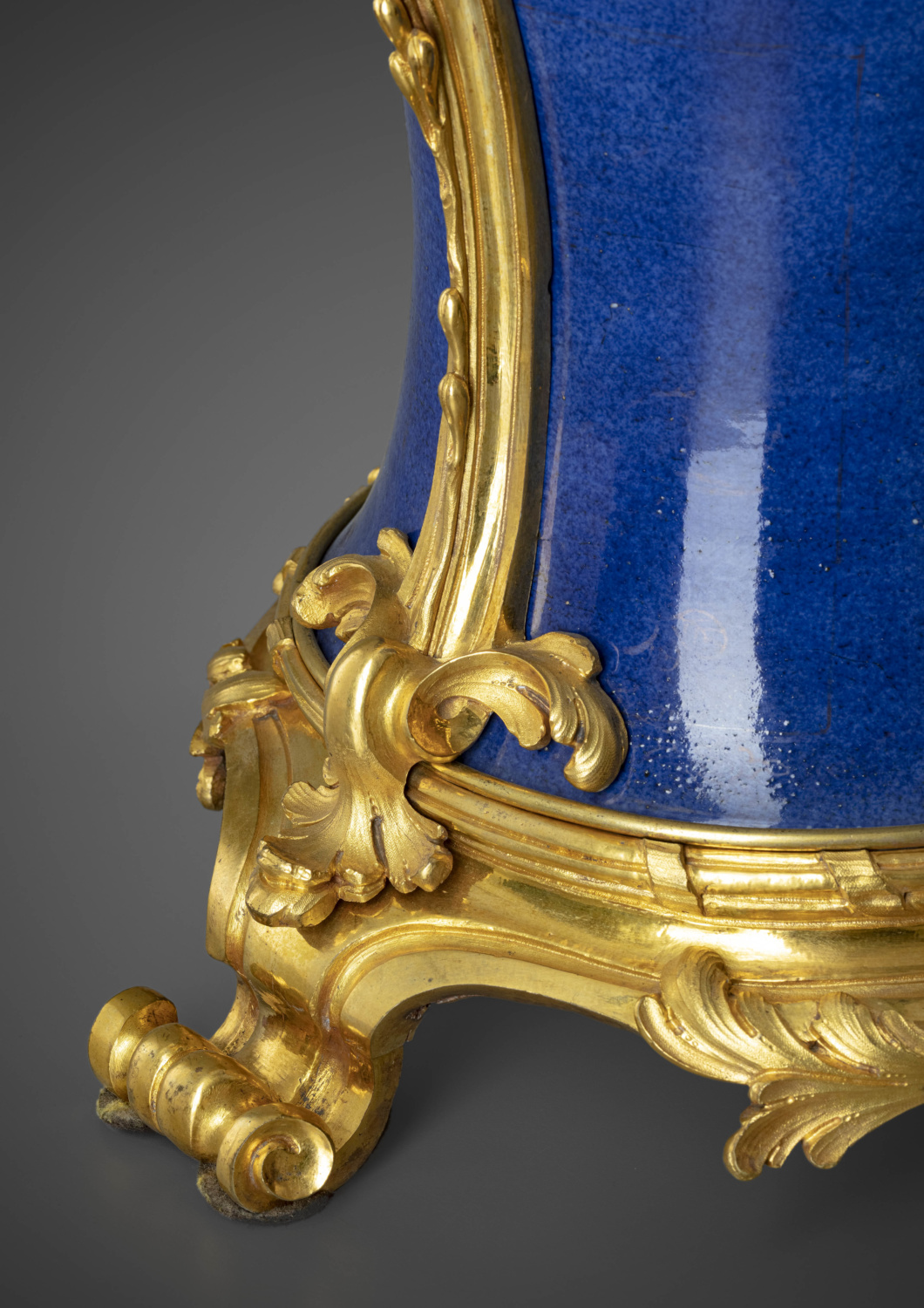 This vase, of particularly high quality and large dimensions, is a splendid illustration of the taste for “chinoiseries” that swept through Europe’s courts in the middle of the 18th century. The model of its fine ormolu mounts has only been used on another known work, the central vase of a set said to have belonged to Madame de Pompadour and which was bought just after her death by Prince Nicholas I Joseph Esterhàzy (1714–1790).