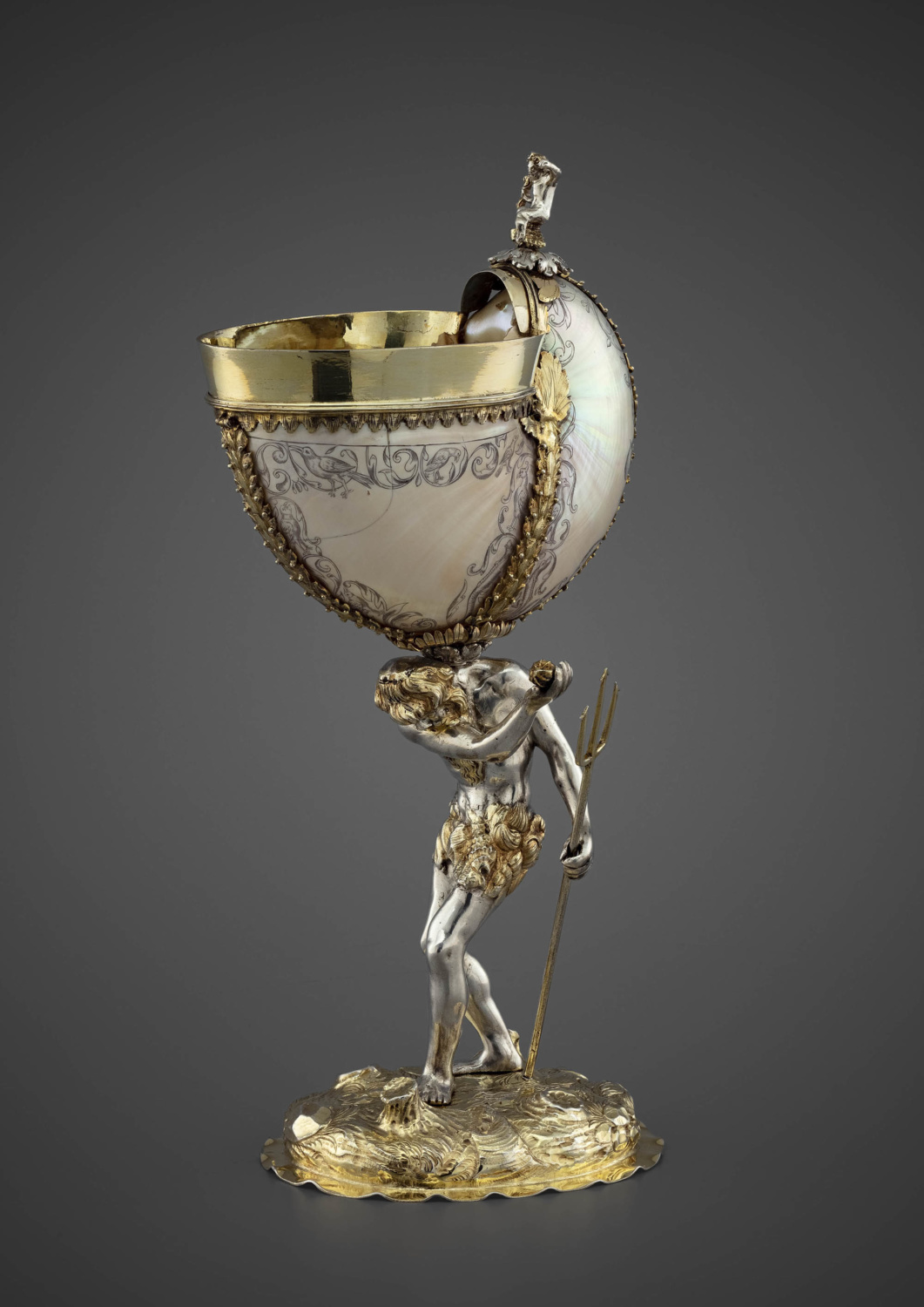 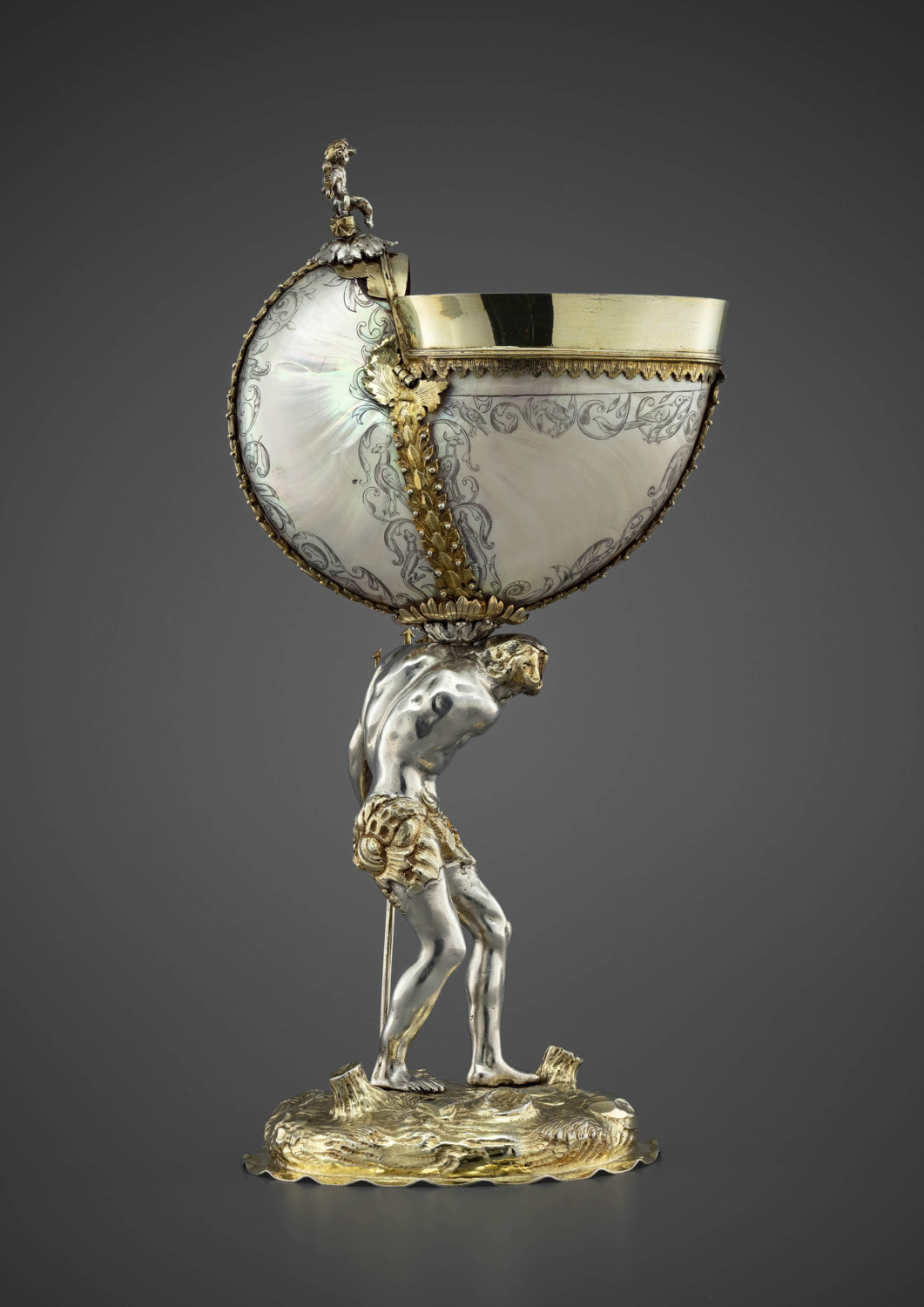 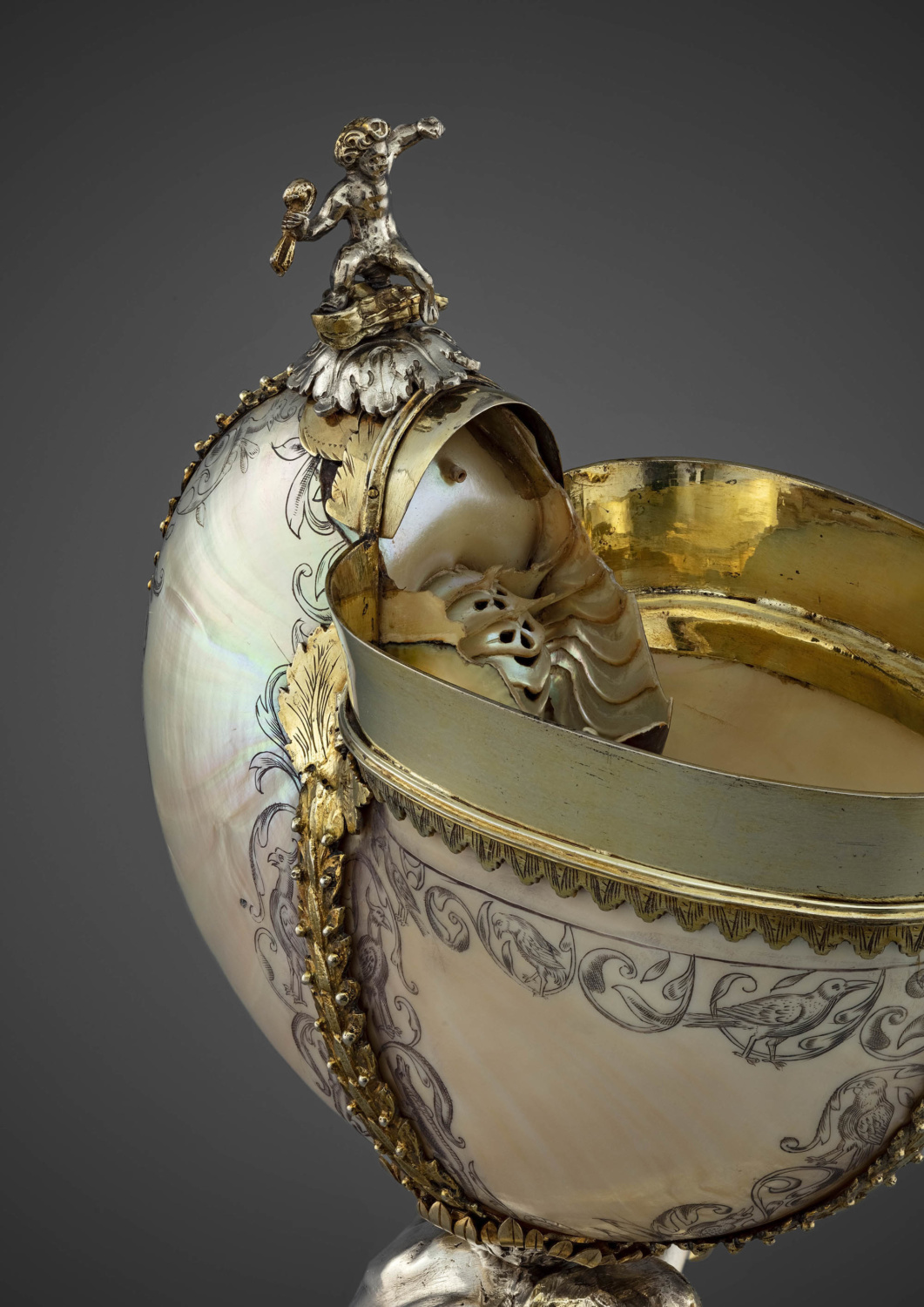 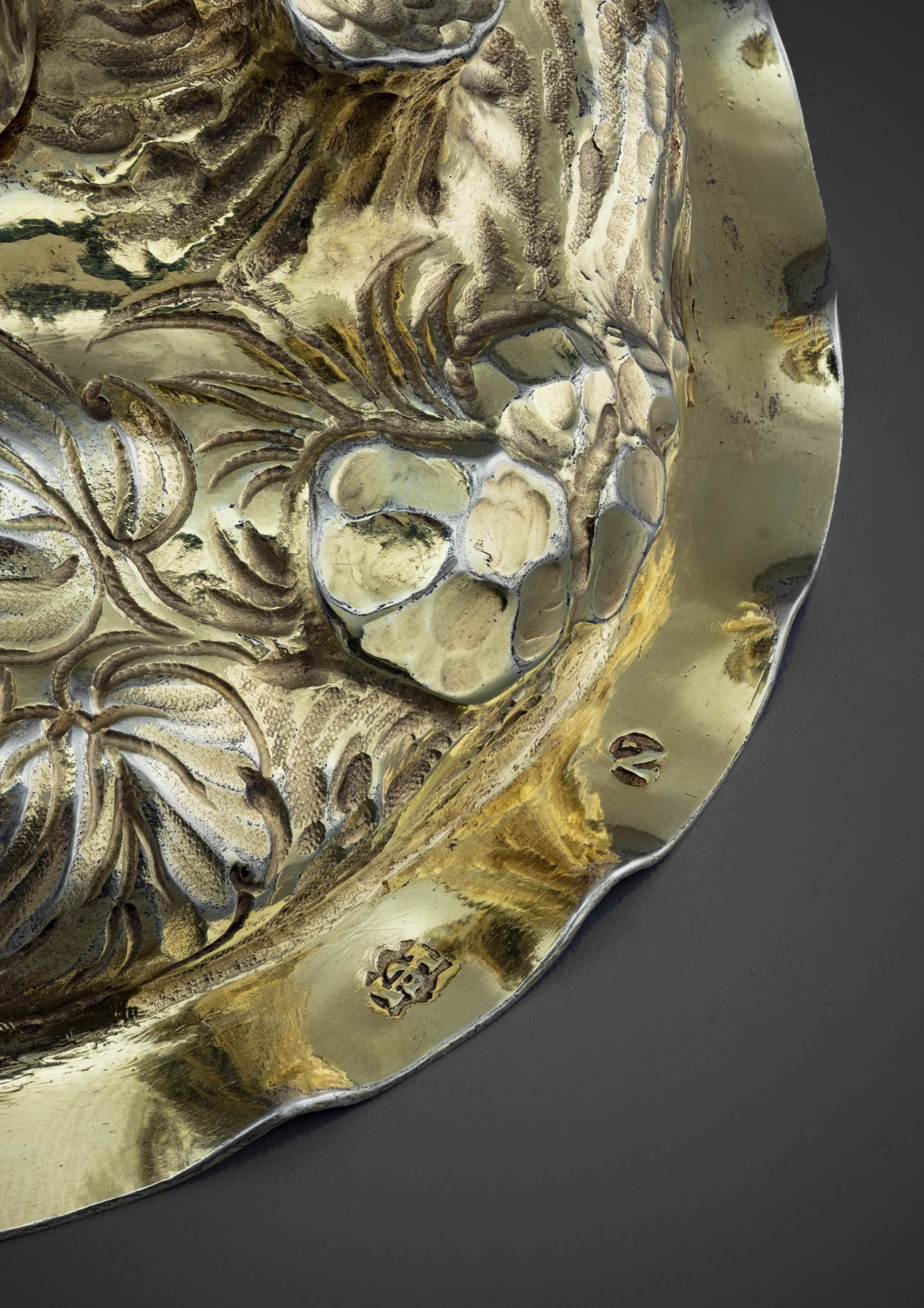 Nautilus cups are the perfect illustration of Kunstkammer object. The nautilus shells from the Pacific Ocean reached Europe through the new trade routes in the 16th century. They were so highly valued by private collectors for their size and iridescence that they were adorned with the most precious mounts.

This example is by Johann Jacob Claus, son of the goldsmith Hans Claus of Nuremberg. It is supported by an appropriate figure of Neptune wearing a swimming suit made of shells. The same figure appears on several other pieces by other goldsmiths such as Melchior I Gelb.