Silversmith: “N.O B”, a crowned fleur‑de‑lis and two grains, for Nicolas I Outrebon (master in 1703) 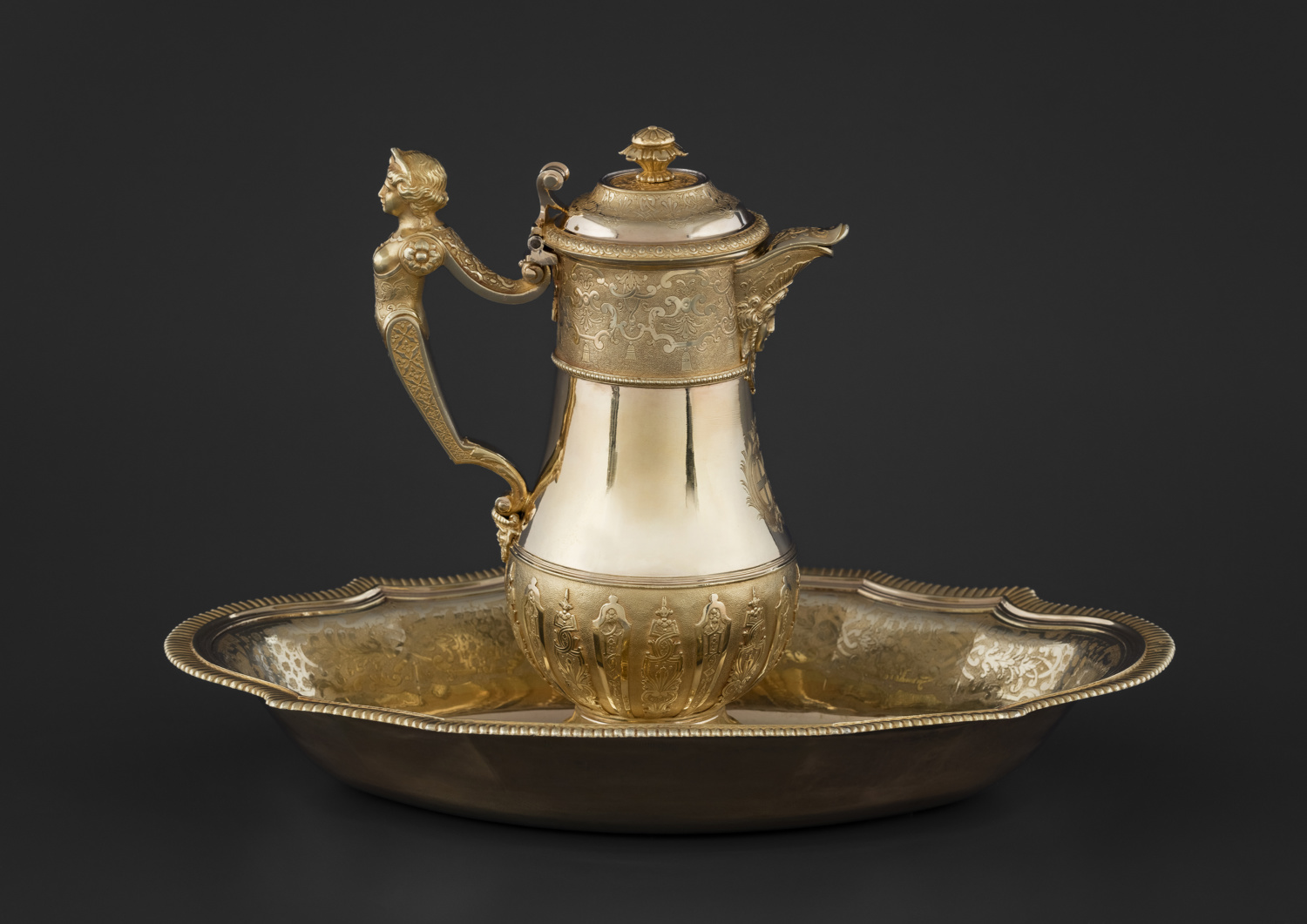 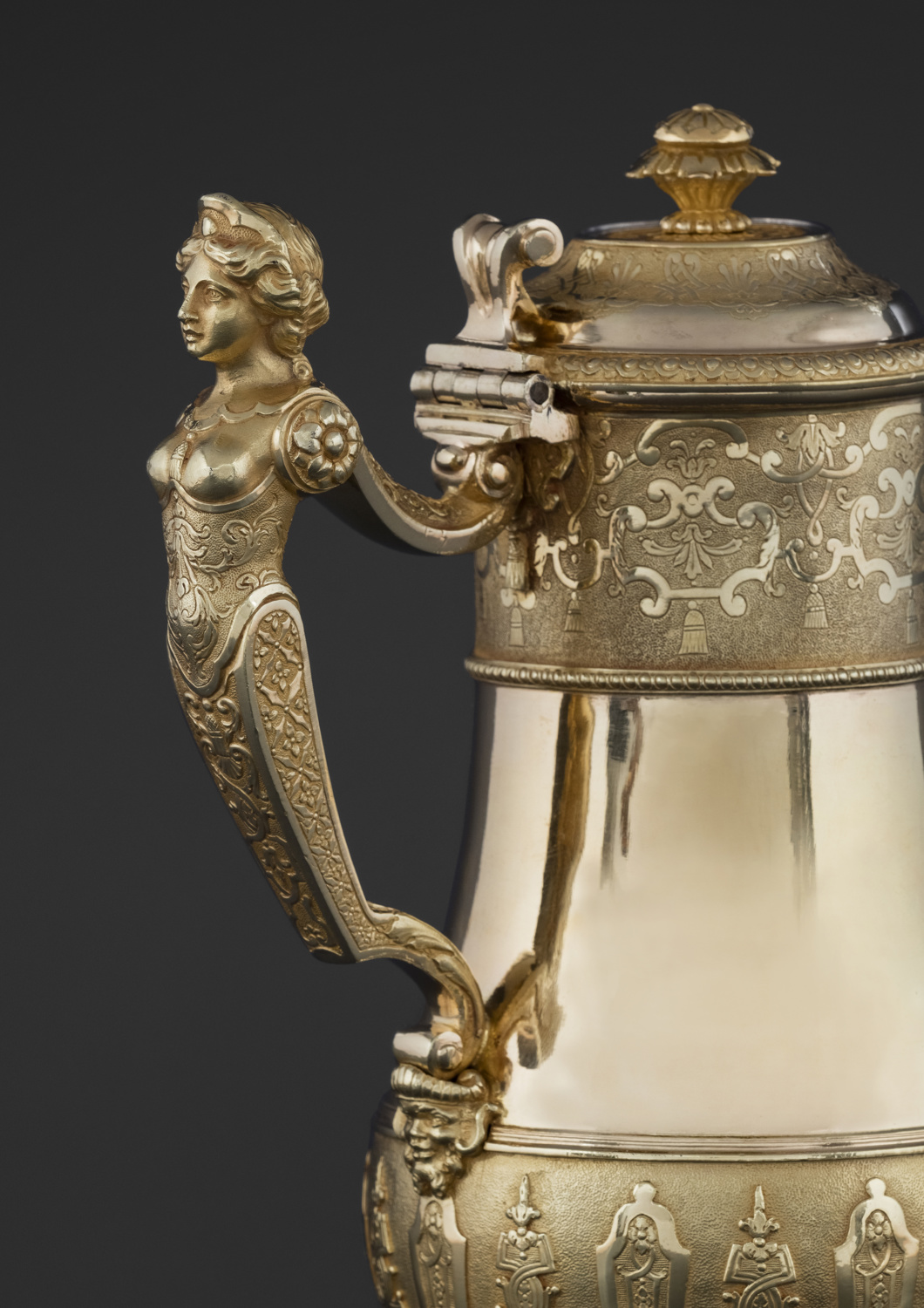 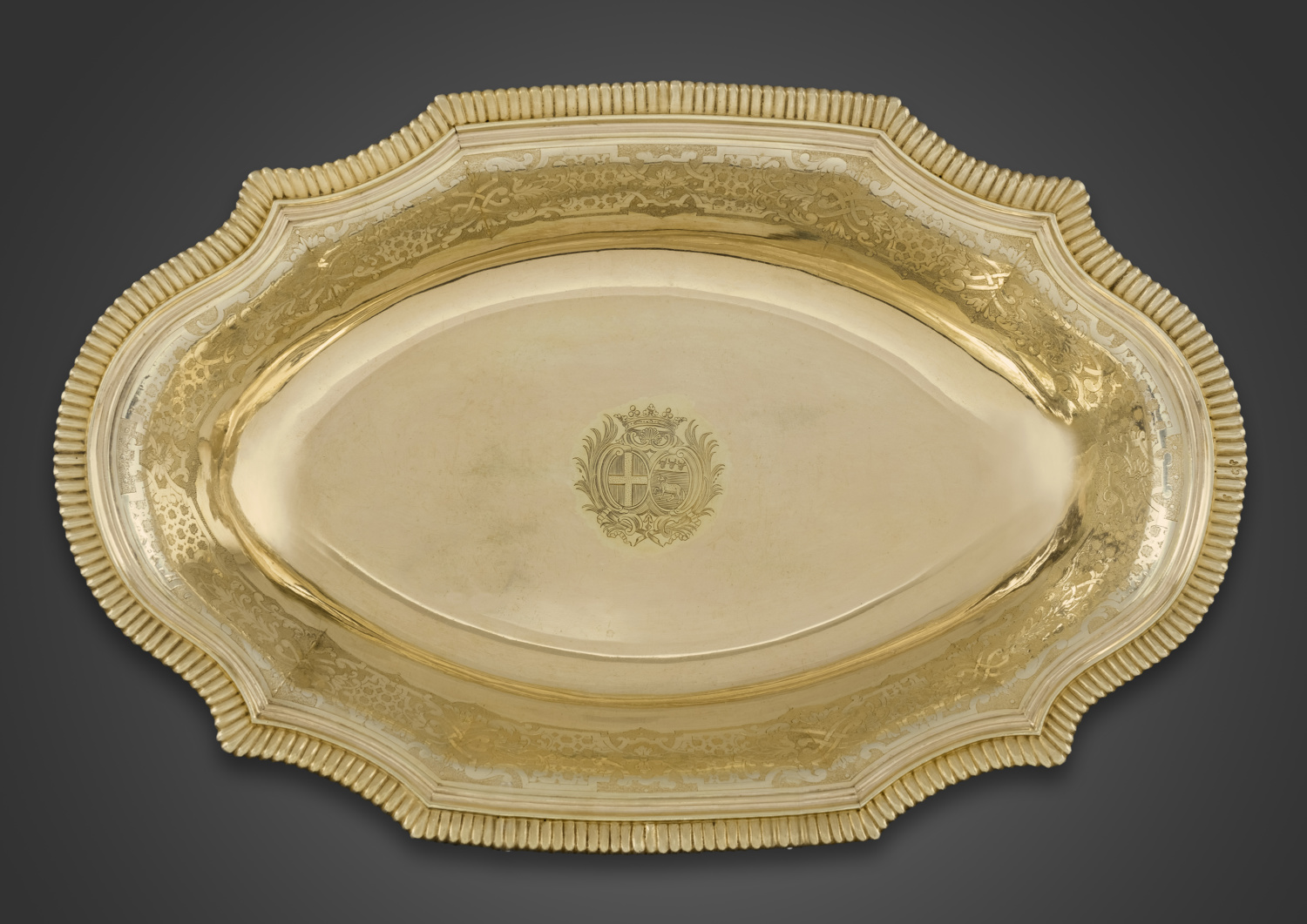 A superb and rare example of the goldsmith’s art during the reign of Louis XIV, which miraculously escaped contemporary edicts mandating the melting of precious metals. The complete stylistic vocabulary used by goldsmiths during the second half of the 17th century is visible in the ewer’s decoration.

The coat of arms of this ewer and its basin are the one of Jean-Nicolas, Marquis de la Porte de l’Arthaudière (1752–1833) and his wife Joséphine Emé de Marcieu (1766–1848). Unlike his two brothers, he did not emigrate when the Revolution broke out, but stayed at the Arthaudière where he got arrested in 1793, and his possessions sequestrated.