An ivory and ebony game board

Augsburg, circa 1600
Attributed to Ulrich Baumgartner
After drawings by Georg Hoefnagel
Enquire 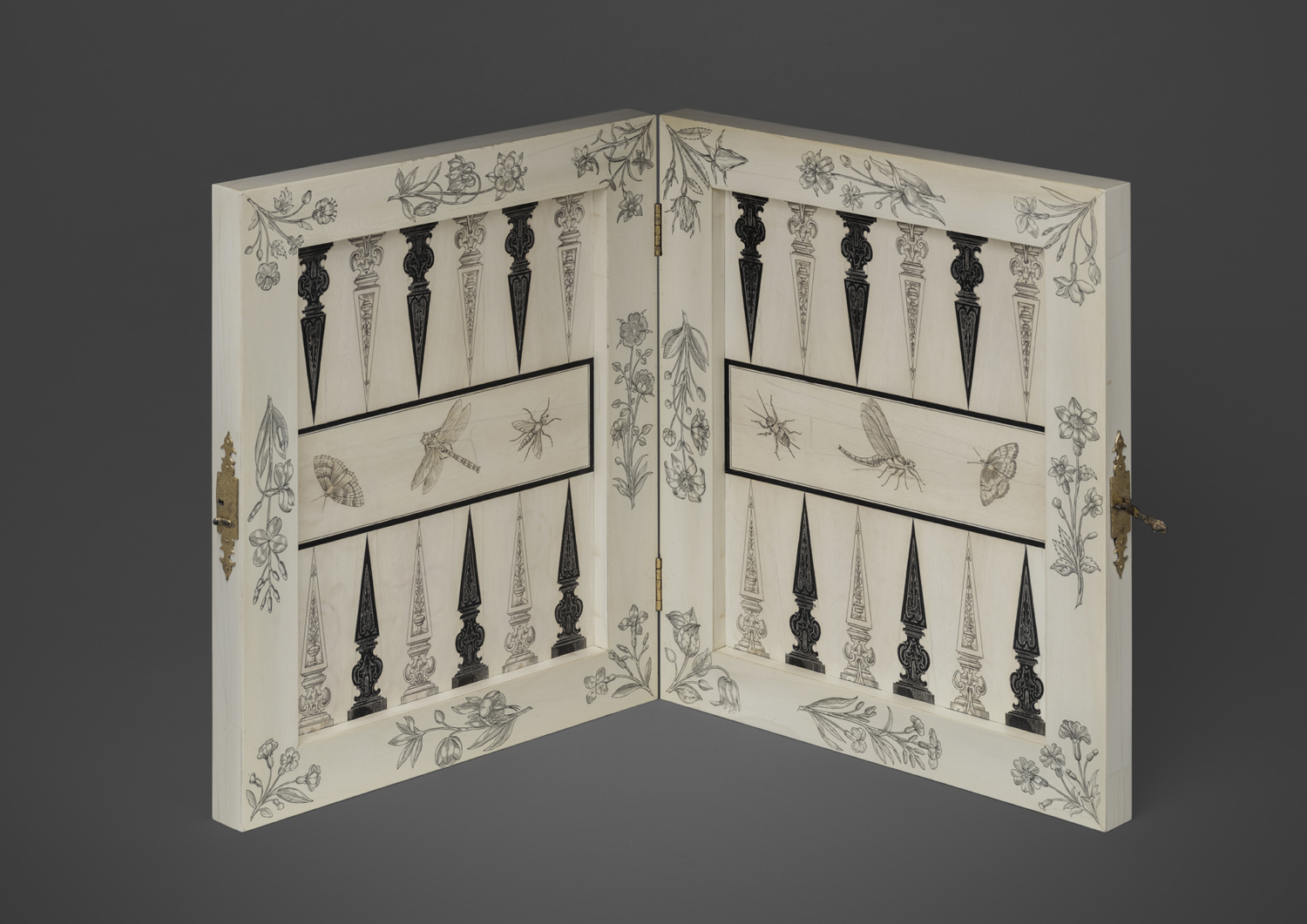 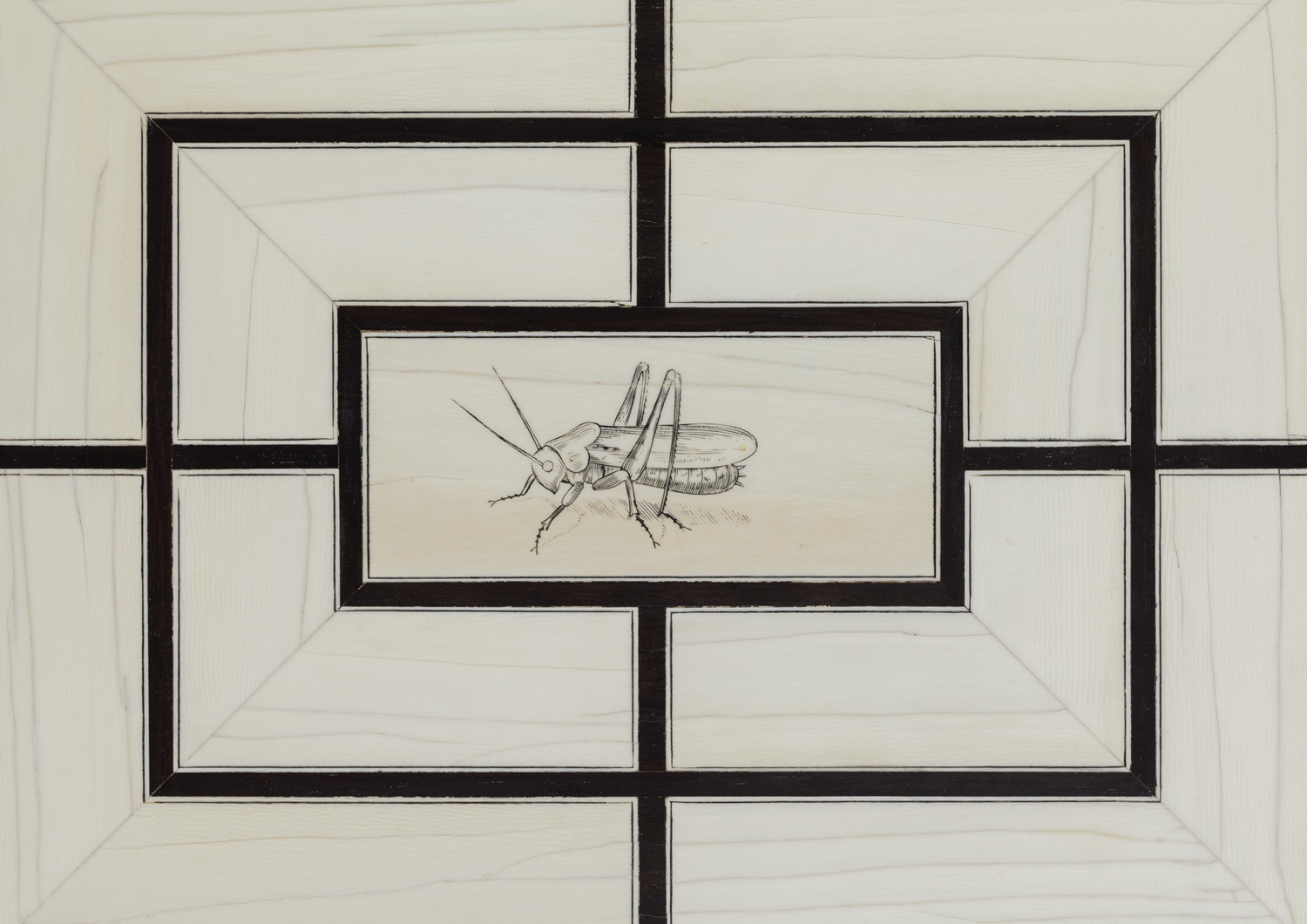 An ivory and ebony game board

Augsburg, circa 1600
Attributed to Ulrich Baumgartner
After drawings by Georg Hoefnagel
Enquire

This refined gameboard features a chessboard on its outer side, and opens to reveal a backgammon. It is part of a small and sophisticated production made in Augsburg in the first quarter of the 17th century, with designs clearly inspired by Georg Hoefnagel (1542-1601). This production is characterised by the use of ivory and ebony with finely engraved flowers, insects and other small animals as well as scrolls and grotesques.

The models for the various insects depicted on this game board are taken from engravings by Jacob Hoefnagel (1579-1652), published in a book from 1592 titled “Archetypa studiaque patris Georgii Hoenagelii”. As indicated by the title, his engravings were made after drawings by his renowned father Georg (1542-1601).