The mount: by Dominicus Dudeum
Vienne, 1795
The micromosaic: workshop of Giacomo Raffaelli
Rome, circa 1780‑1790
Enquire 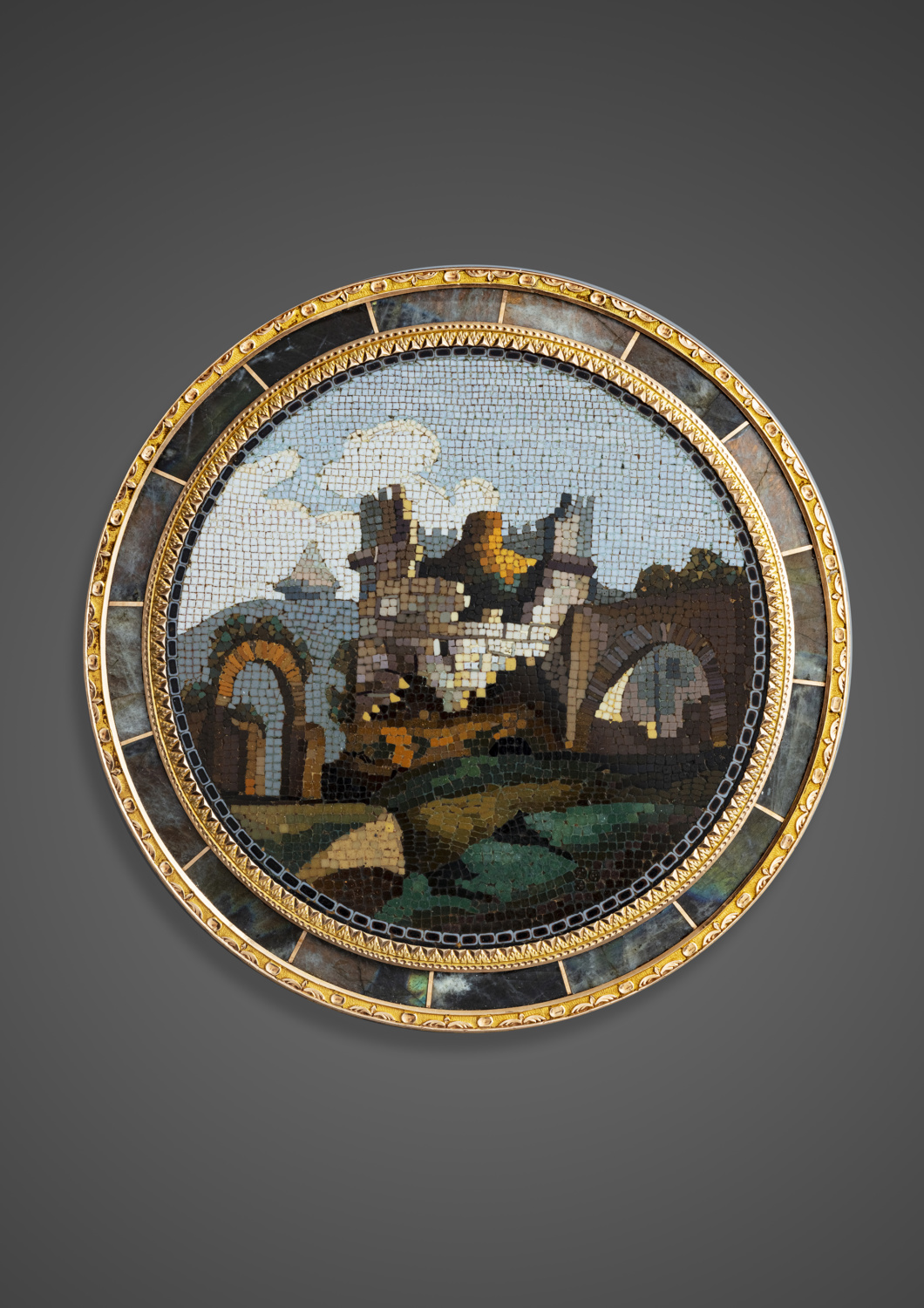 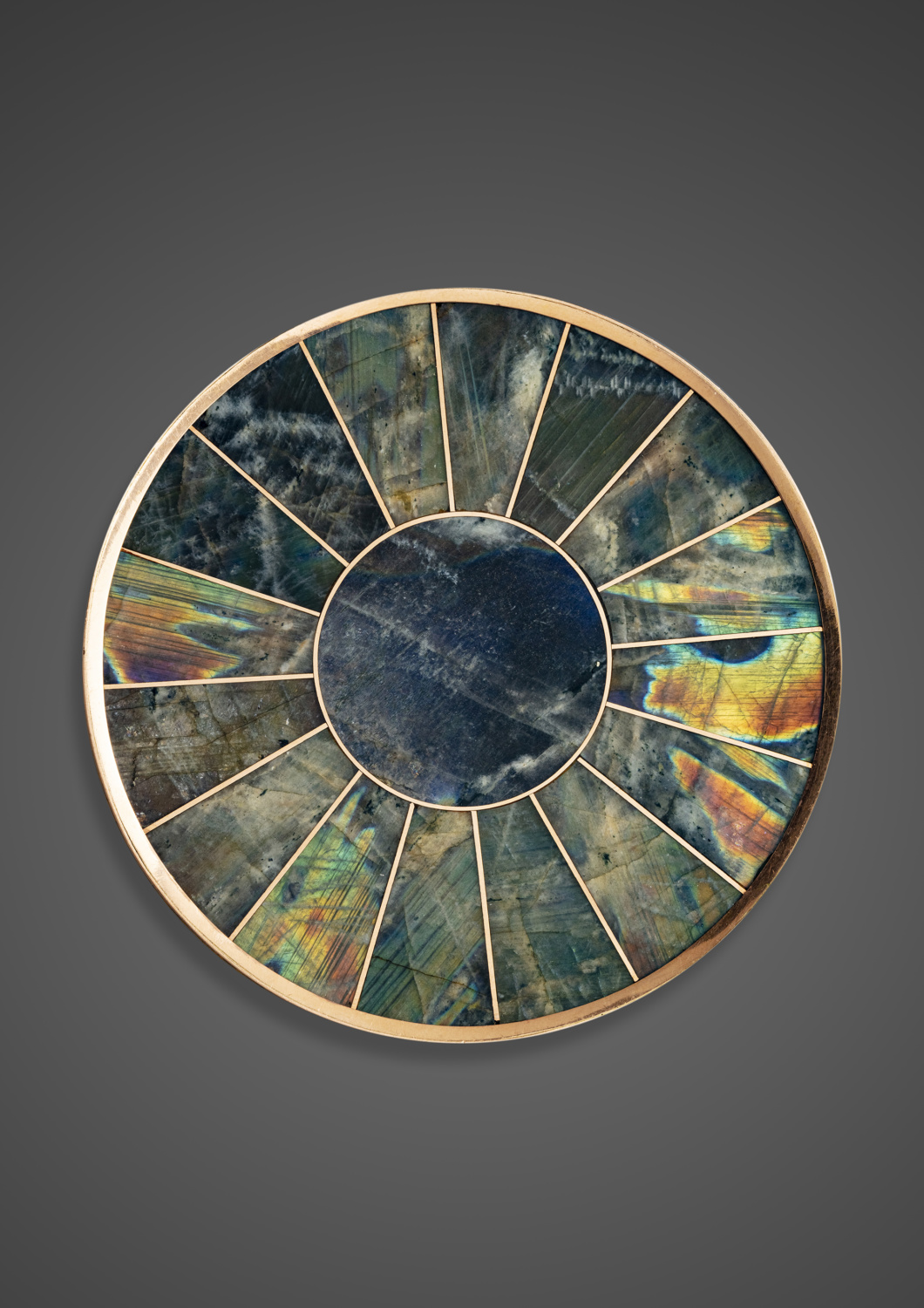 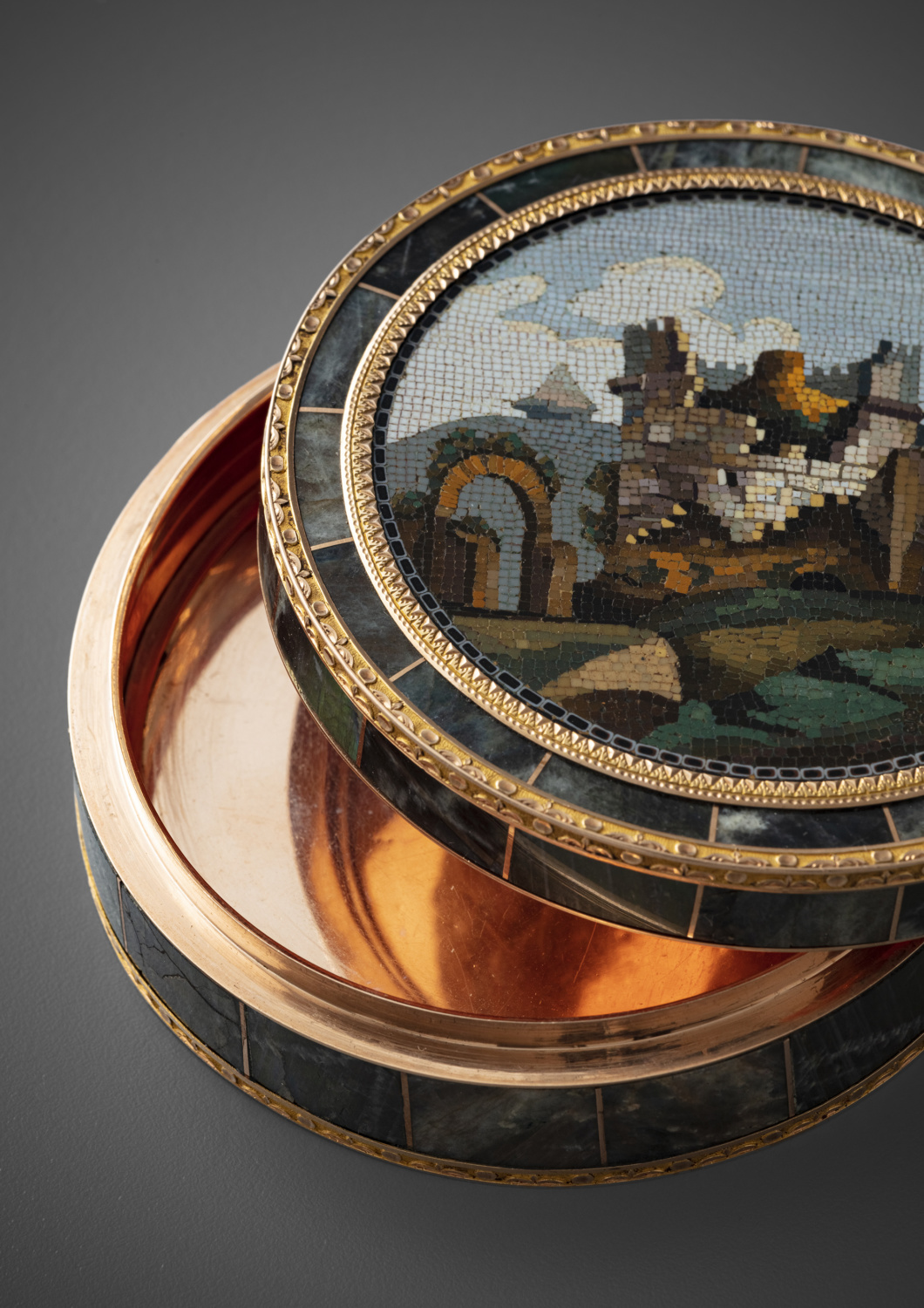 The mount: by Dominicus Dudeum
Vienne, 1795
The micromosaic: workshop of Giacomo Raffaelli
Rome, circa 1780‑1790
Enquire

Labradorite, which was discovered in Canada in 1770 by Moravian missionaries, possesses extraordinary properties. In strong light it displays shades of green and blue, as well as metallic highlights. Here the Viennese goldsmith Dudeum was inspired by snuffboxes made by the renowned Johann Christian Neuber of Dresden, whose micro-mosaic work also influenced the beautiful Roman micro-mosaic on the cover.

In view of its quality, the micromosaic has certainly been made in Giacomo Raffaelli’s workshop (1753–1836), the most important and innovative Roman mosaic maker of the late 18th century.