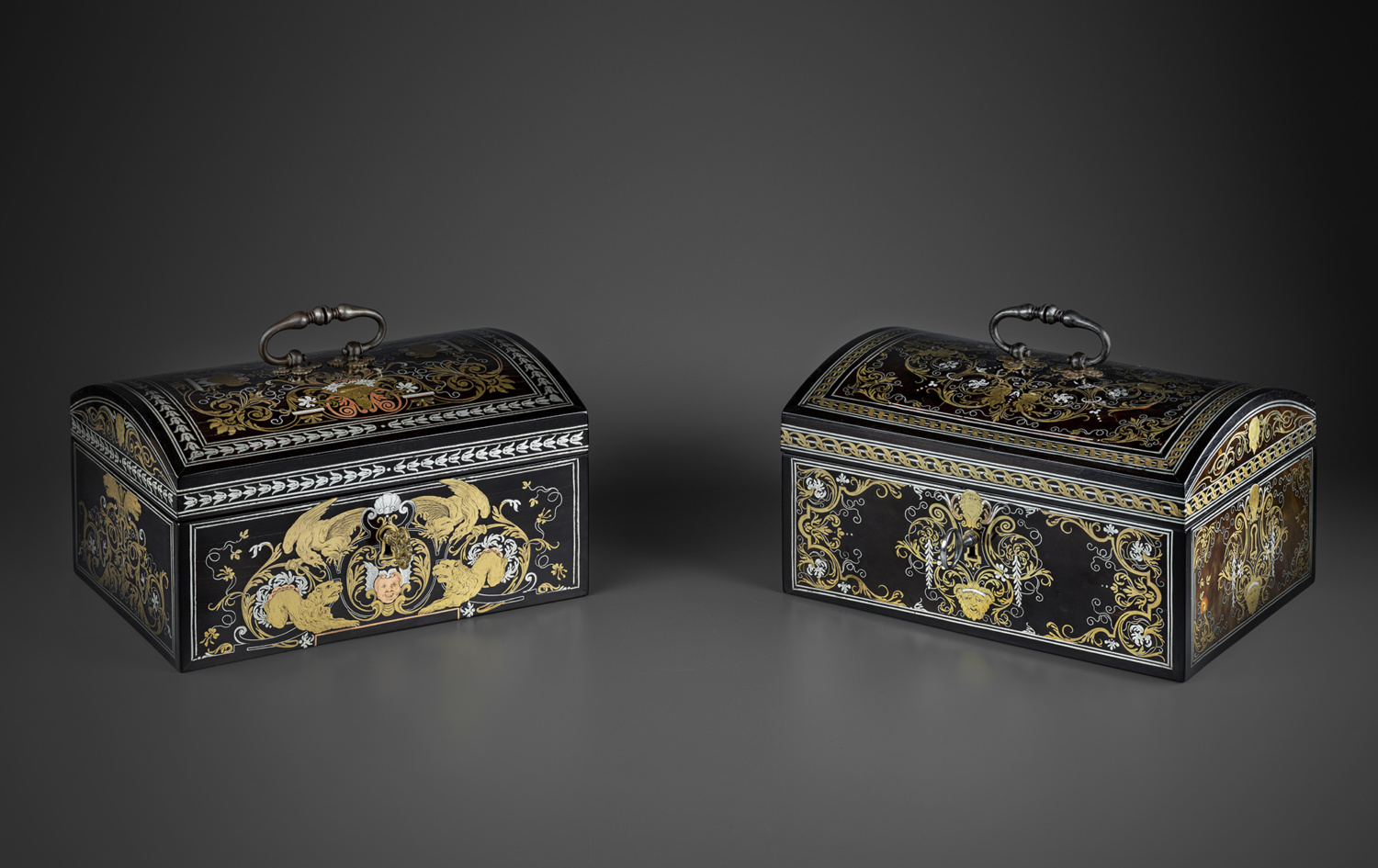 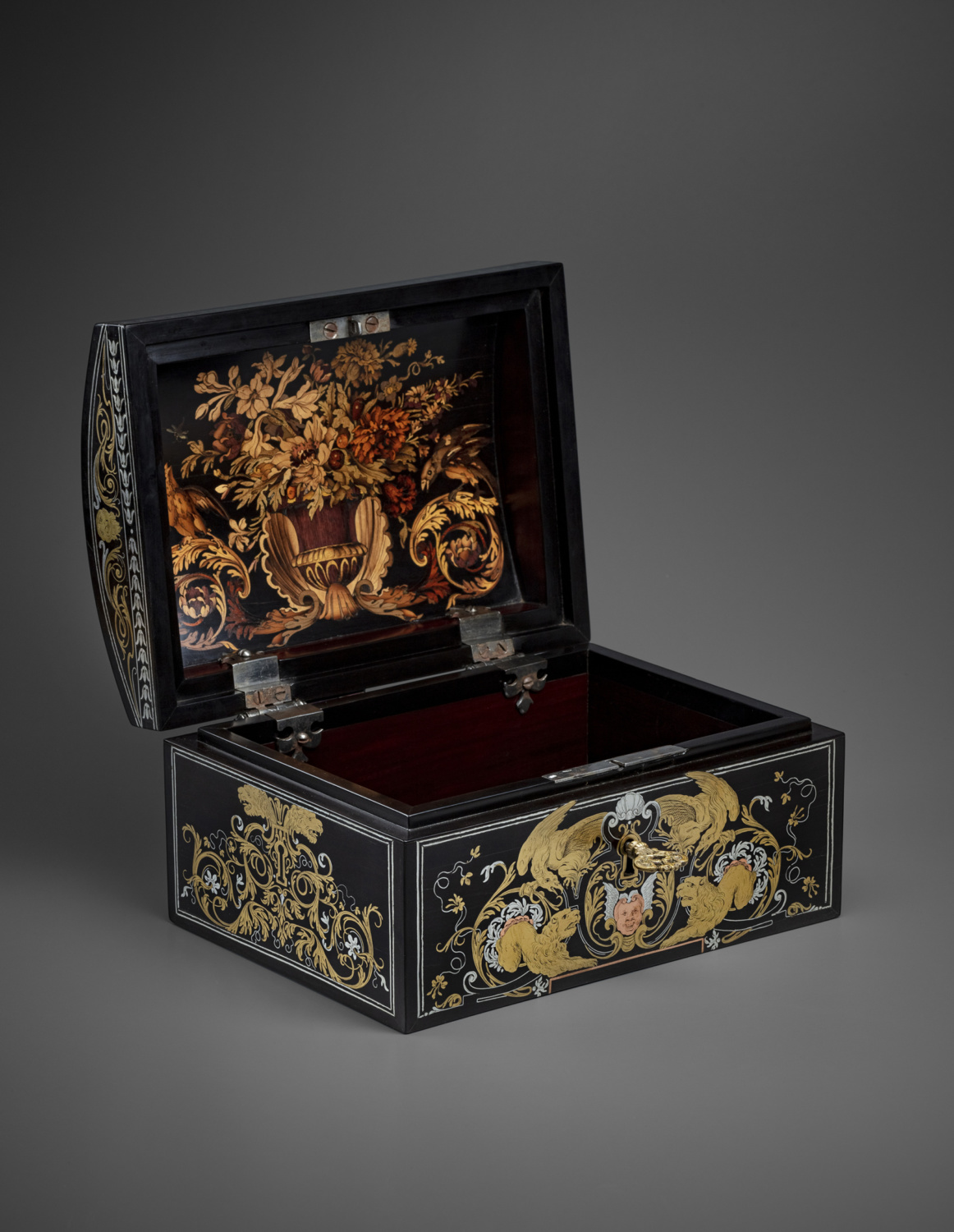 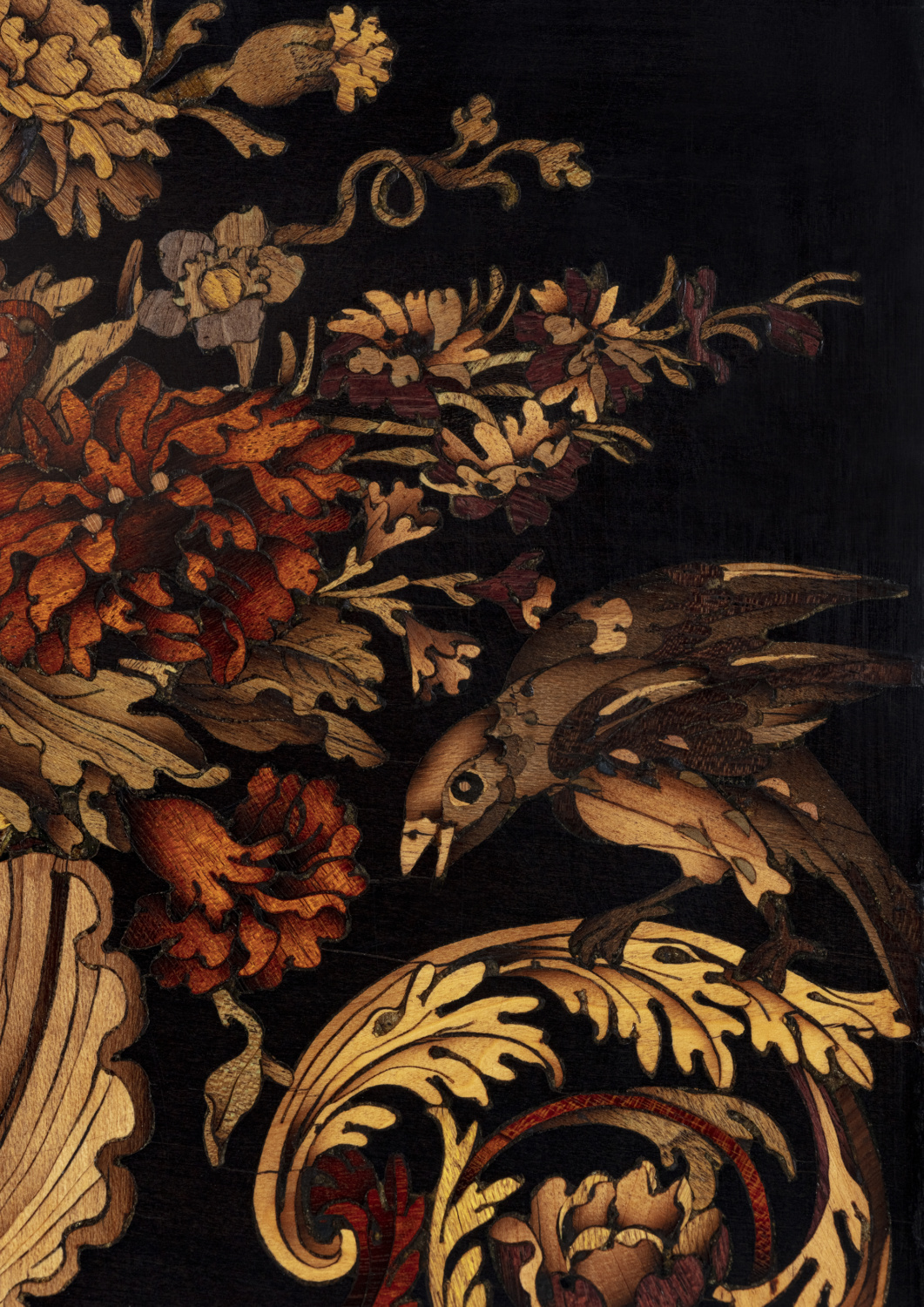 These two extraordinary small Boulle marquetry caskets are characteristic of André-Charles Boulle’s production. Their exceptional condition, including the subtle metal engravings, is noteworthy. They are the only known of this size. While identical in size and shape, they probably did not originally form a pair.

Their production can be dated to the early days of the cabinet maker’s career, under Louis XIV’s reign, around 1675-1680. The marquetry with flowers in a vase and birds is characteristic of the beginning of his production. Moreover, Boulle stopped using red copper, which is found in the ornamentation of the present caskets, around 1685.