on its painted and gilt wood base 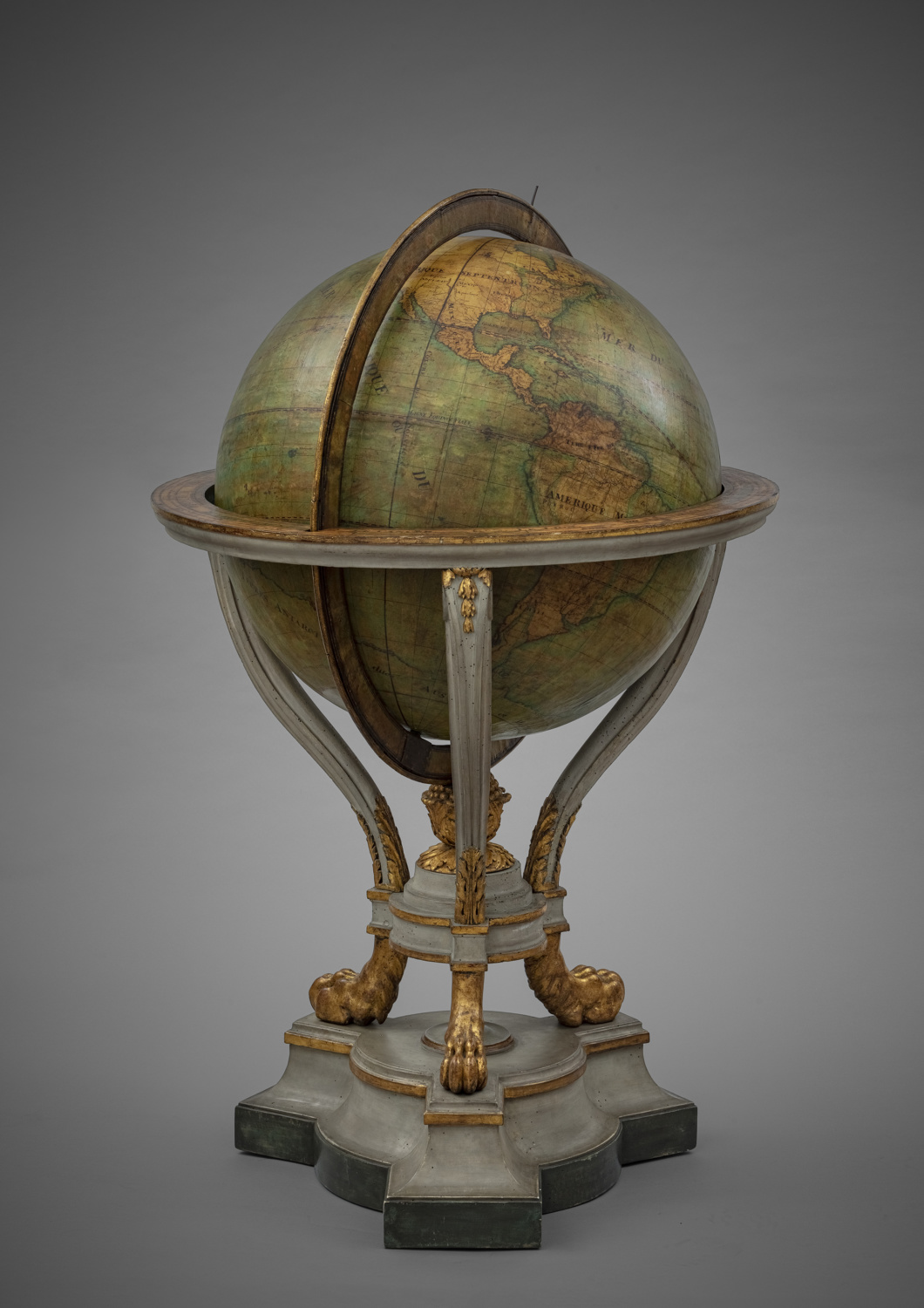 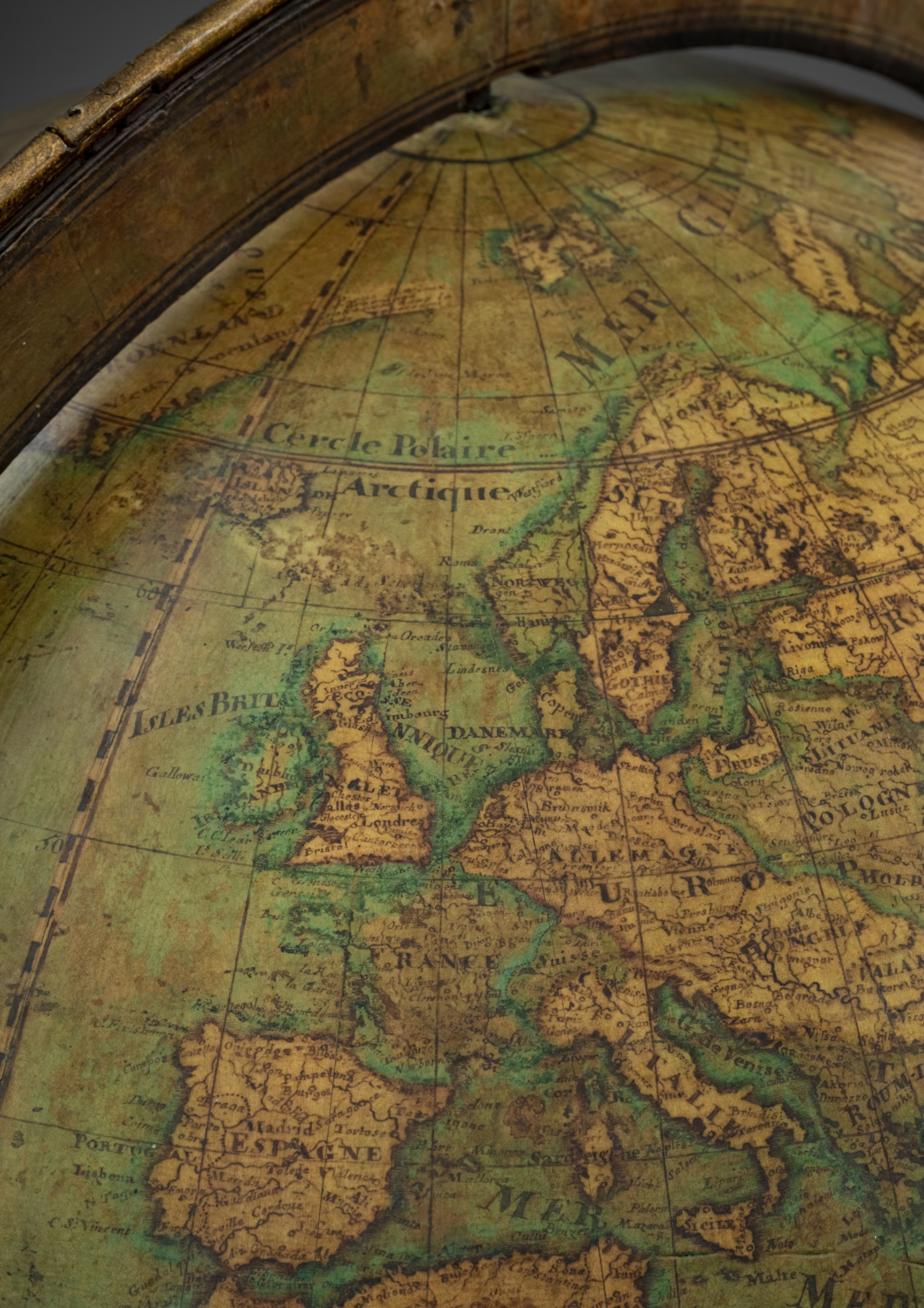 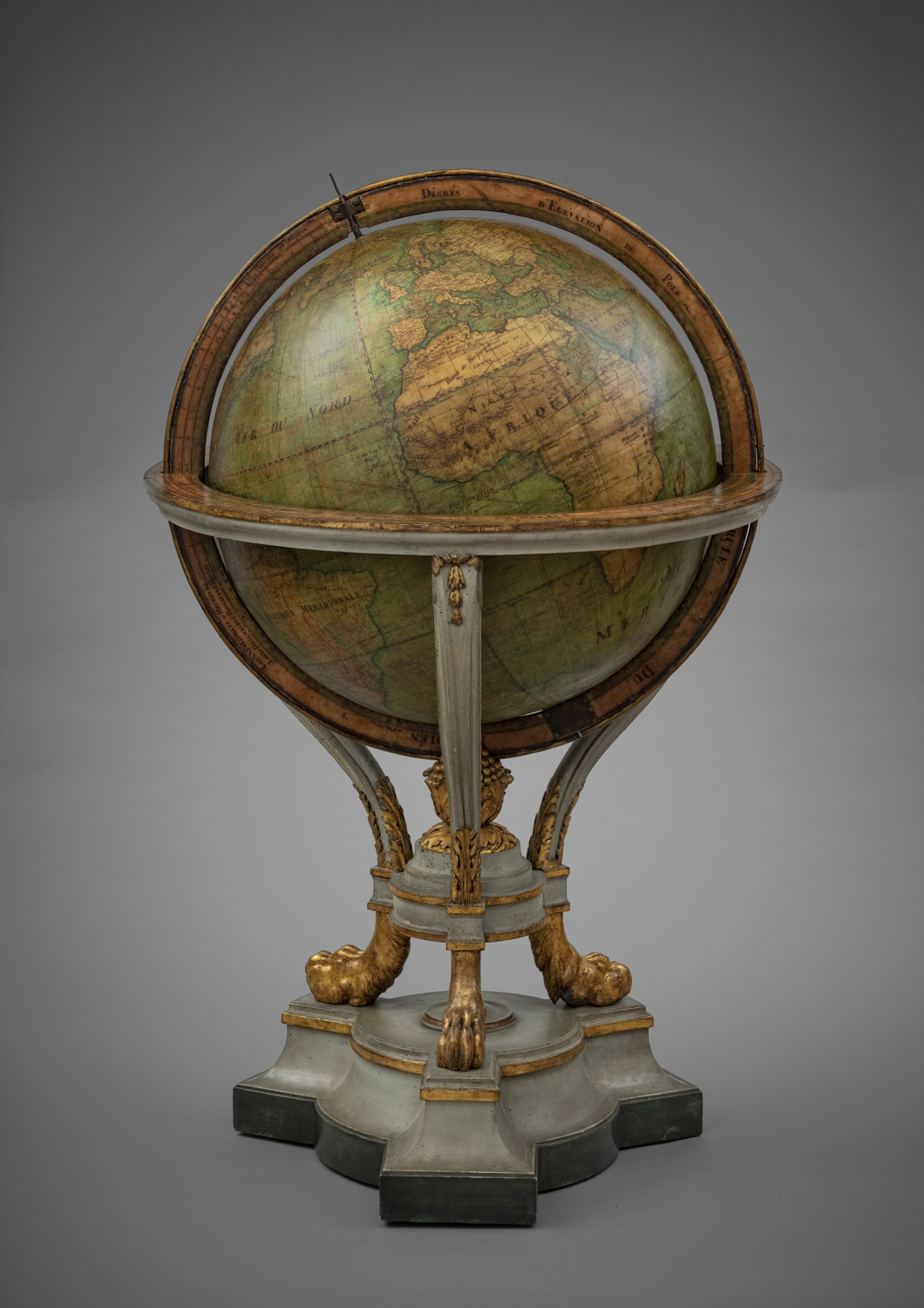 on its painted and gilt wood base

While it is neither signed nor dated, we can assume with high certainty that this globe was made between 1785-1788 and before 1793, based on a number of geographic discoveries and historical events that are annotated. The map of the United-States of America as it is depicted results in the Peace Treaty of Paris of 1783 and the mention of the “île de Bourbon”, which will become “île de la Réunion” in 1793, confirming a dating from the last years of the “Ancien Régime”. Furthermore, the Fox islands, situated in the Bering Sea and discovered in 1768 by a Russian expedition, are annotated as “discovery made by the Russians about 20 years ago”, hinting once again to a date around 1788.