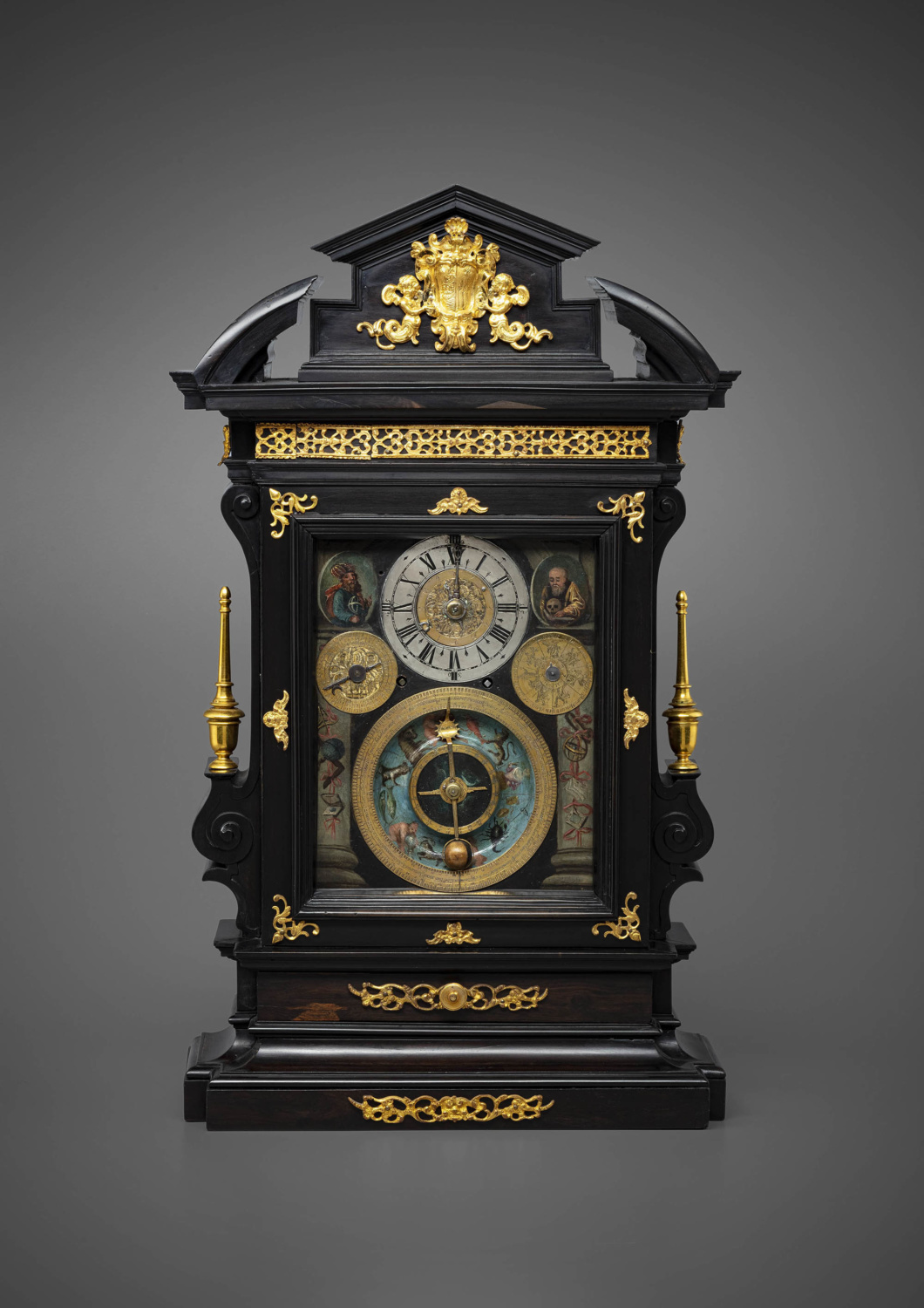 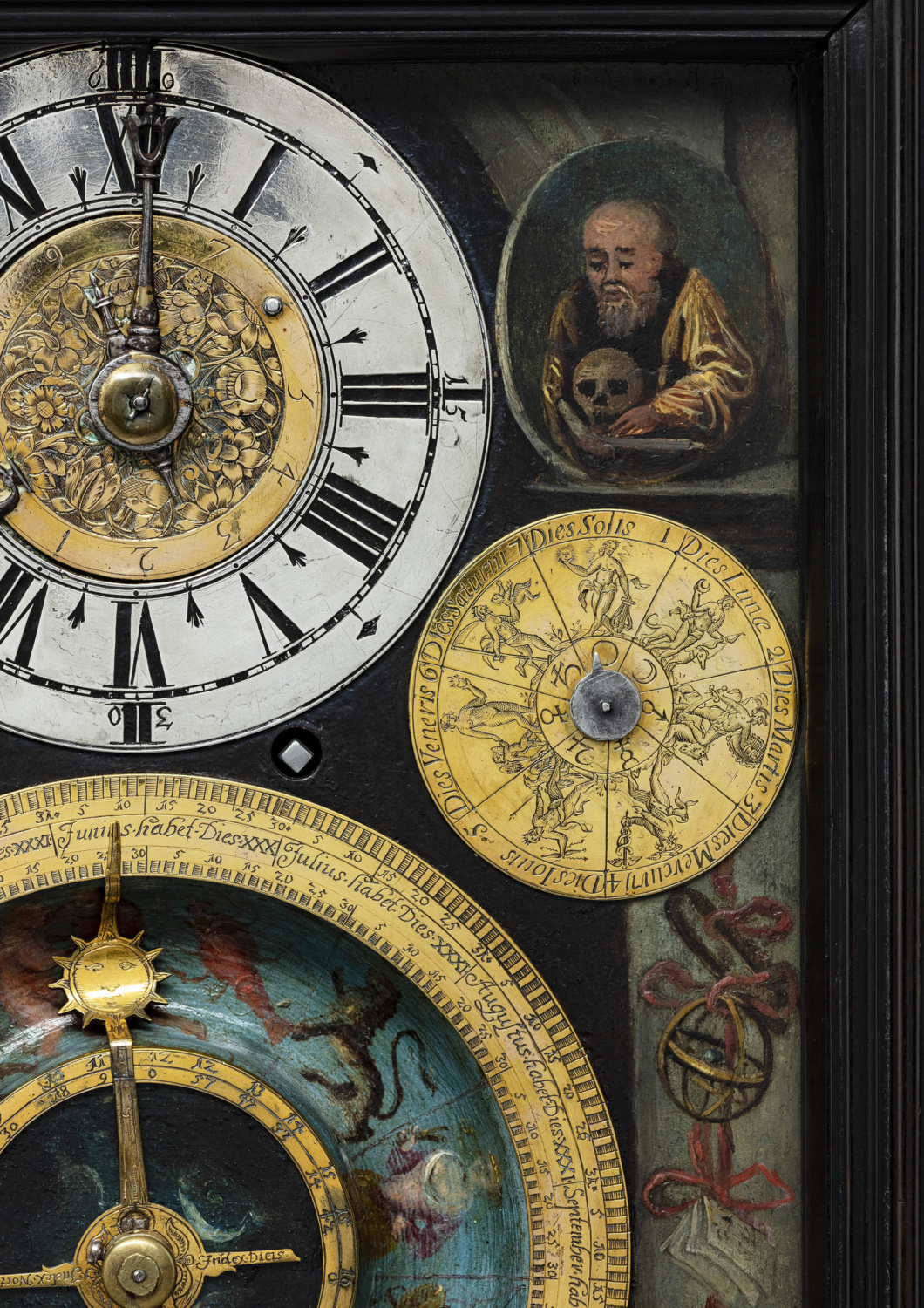 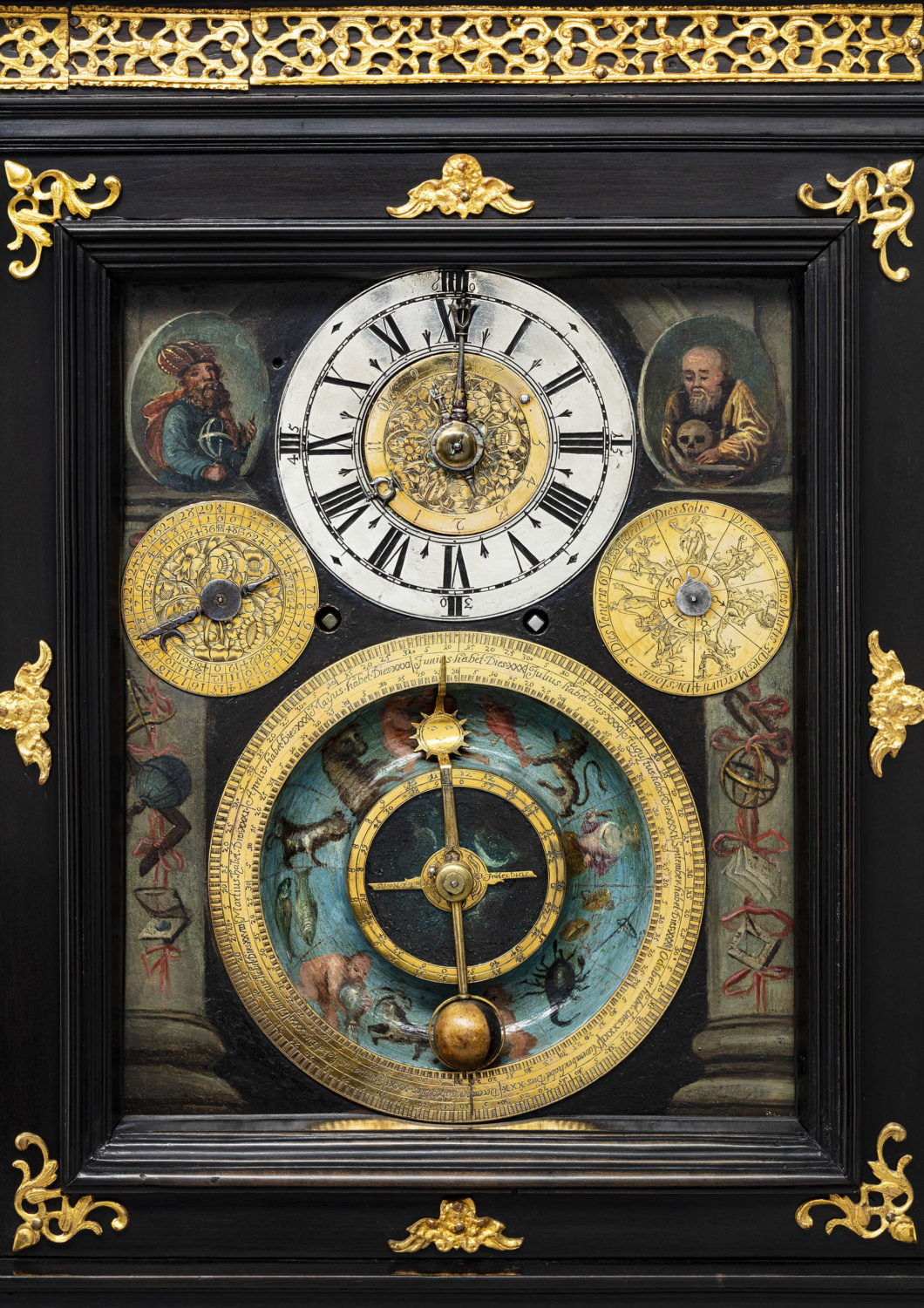 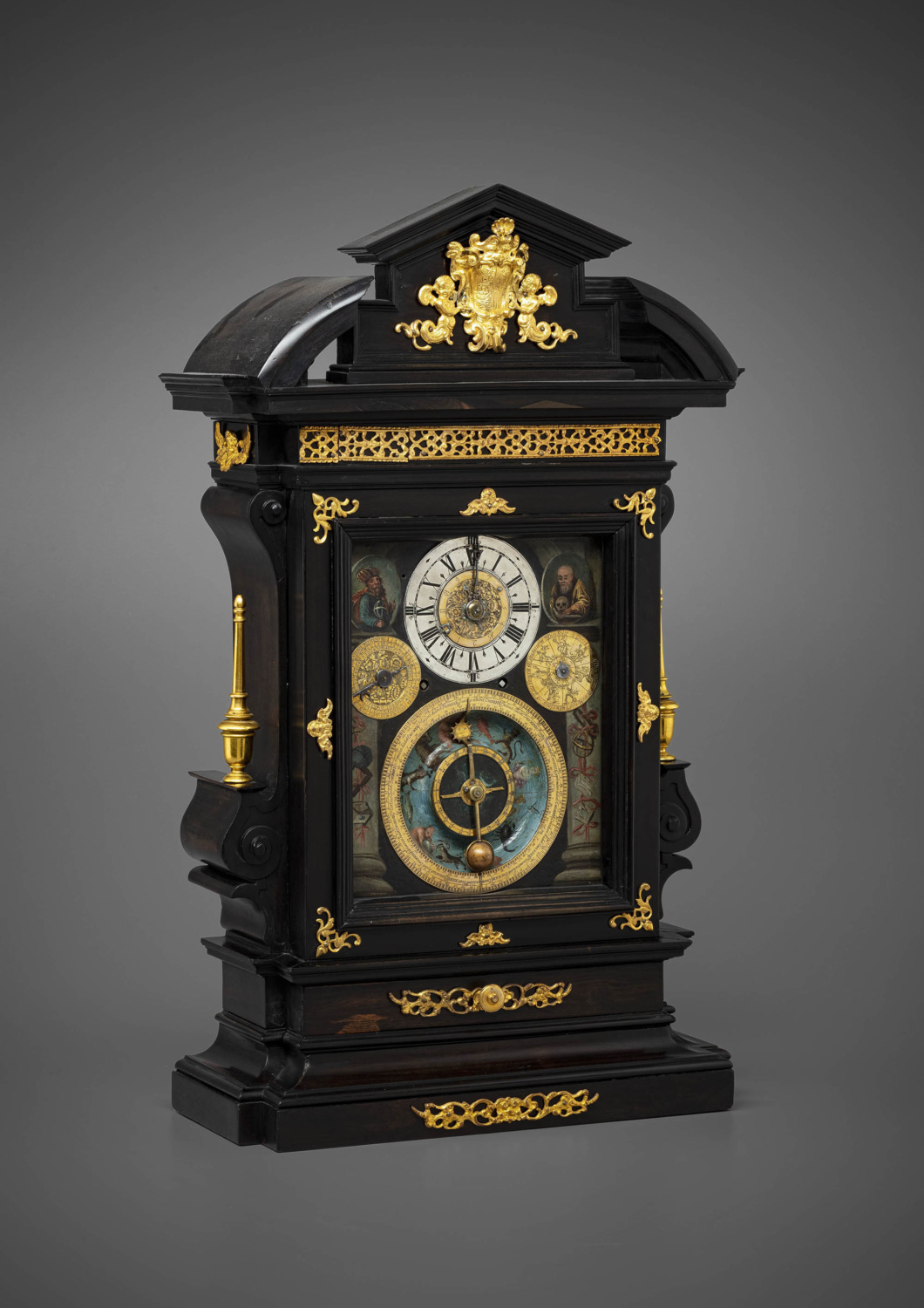 The astronomical clock, in an architectural ebony case enhanced by ormolu bronzes, presents four dials within a rectangular painted copper plaque depicting two columns with scientific instruments topped by two portrait medallions of a Ptolemy and a saint Jerome holding a skull. The mechanism is signed, on the reverse, “Johann Ulrich Burgle Ulmensis me fecit in St. Gallo 1647”.

This clock is a unique model of particular originality, with its front painted with oil on copper and the various depictions of scientific instruments. As its signature indicates, it was made by the clockmaker Johann Ulrich Burgle, who was from Ulm in Germany, and who created this work in Saint-Gall in Switzerland. This clock is thus not made in one of the great artistic centers of the time, Augsburg or Nuremberg, which had at that point a relatively homogeneous production. Interestingly, its case does seem to have been made by the Buschmann dynasty of Augsburg circa 1620. The same turned vases can be found on another clock by Hans Buschmann, circa 1625, in the collections of the Kunsthistorisches Museum of Vienna (Maurice (K.), Die deutsche Räderuhr, Münich 1976, ill. 665).