Sold by the descendants of the above after 1993 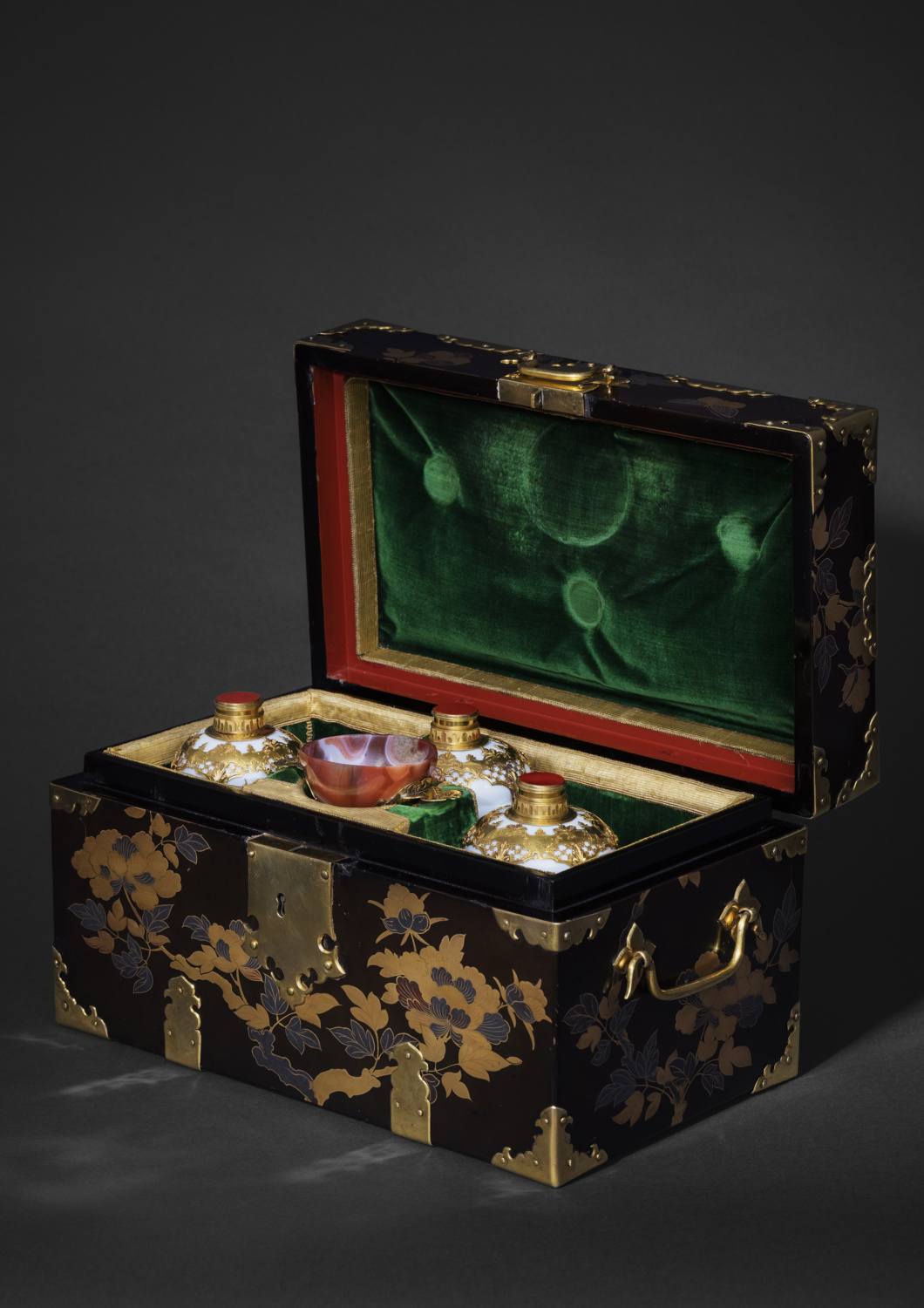 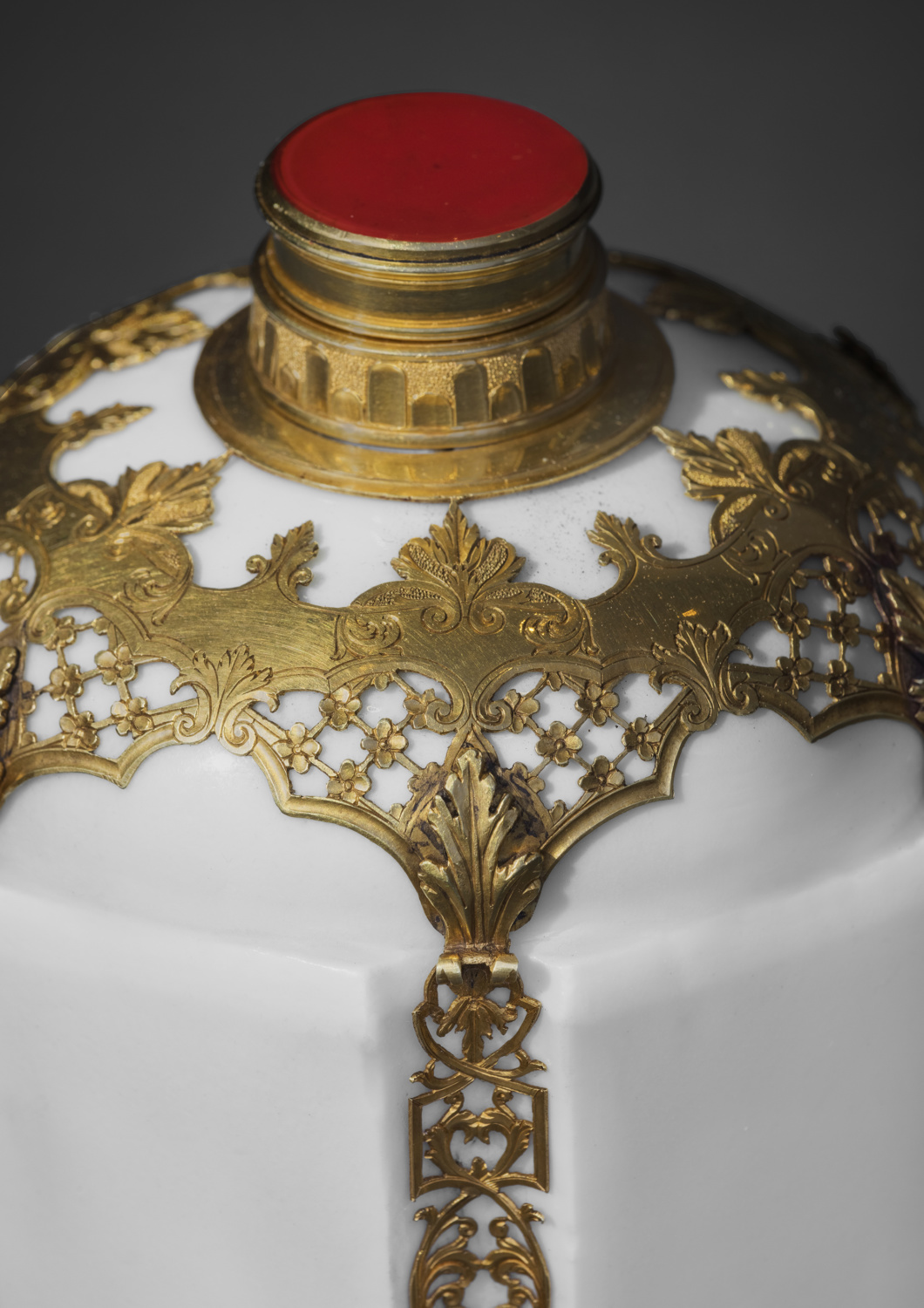 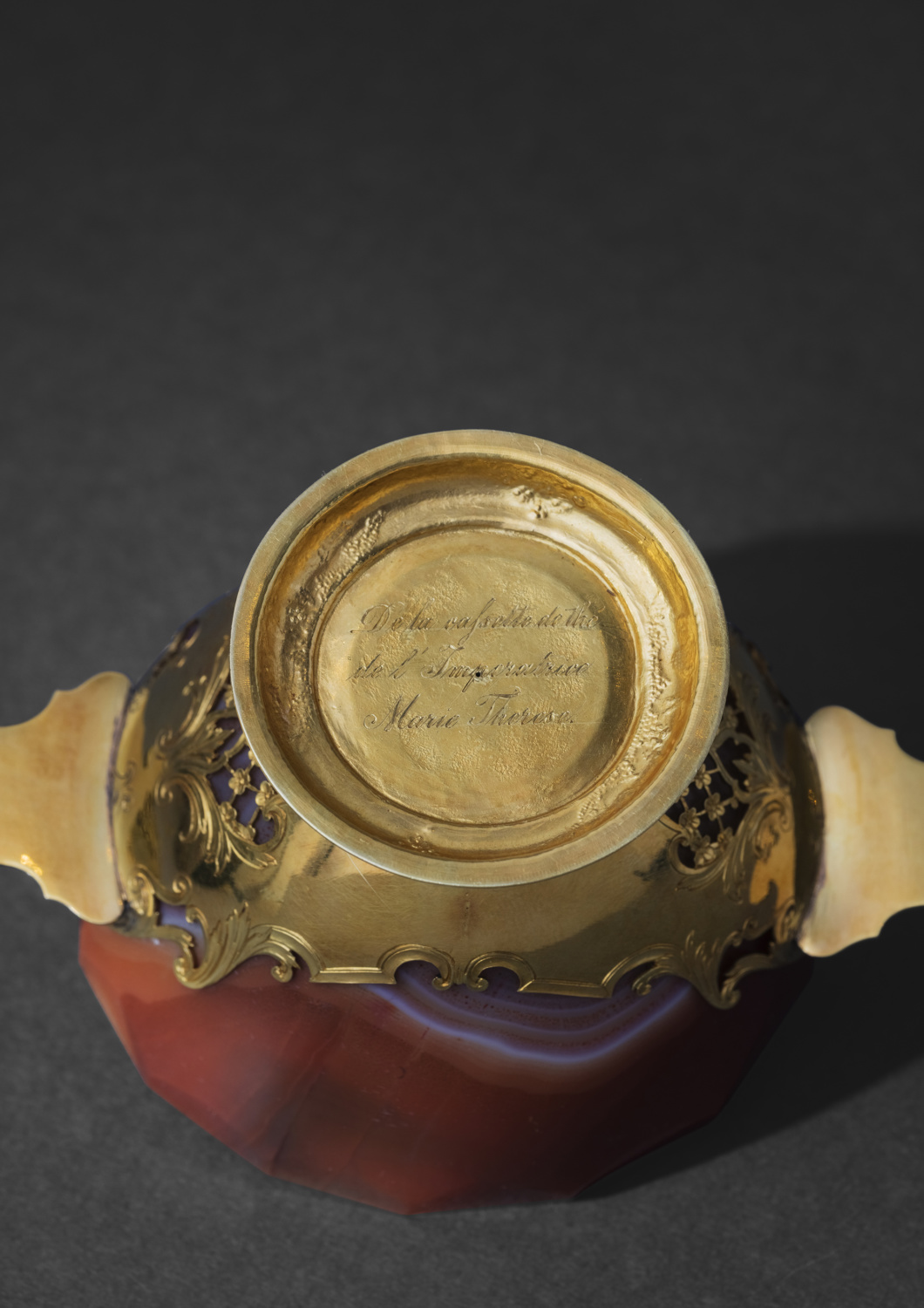 The Du Paquier porcelain manufacture was inaugurated in Vienna in 1719 and soon achieved fame throughout Europe. They were the second hard-paste porcelain manufacture in Europe and the only rival of Meissen for nearly 25 years, having even poached a few important employees from them to perfect their craft.

An inscription at the bottom of the small agate cup contained within the Japanese lacquer casket reads, “de la cassette de thé/ de l’impératrice/ Marie Thérèse”. The casket contains three gold-mounted Du Paquier porcelain flasks, of a type that were often awarded as presents or prizes by Emperor Charles VI, and it is possible that this casket was a present from him to his daughter, who was particularly fond of Japanese lacquer.