“The Death of Epaminondas” 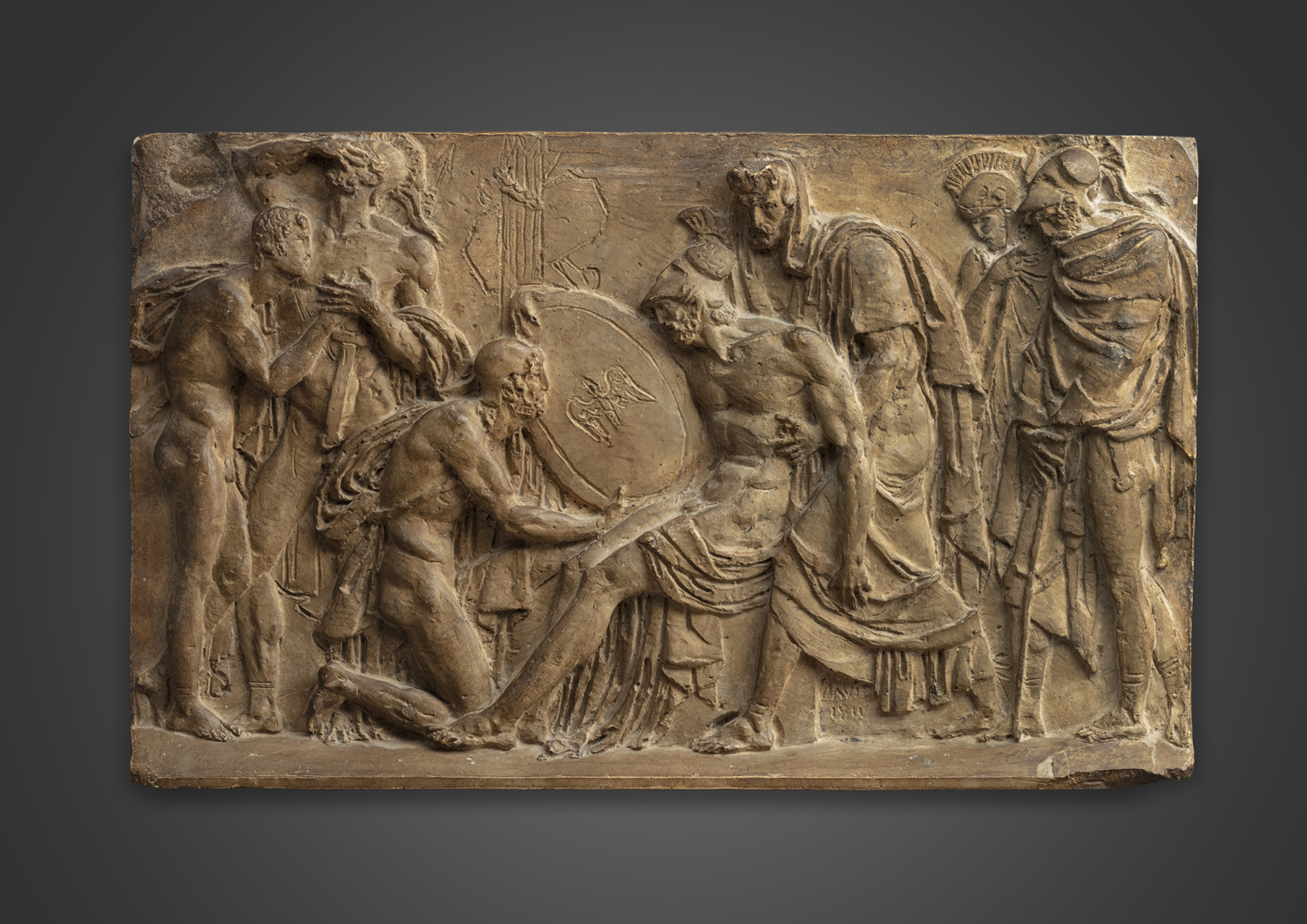 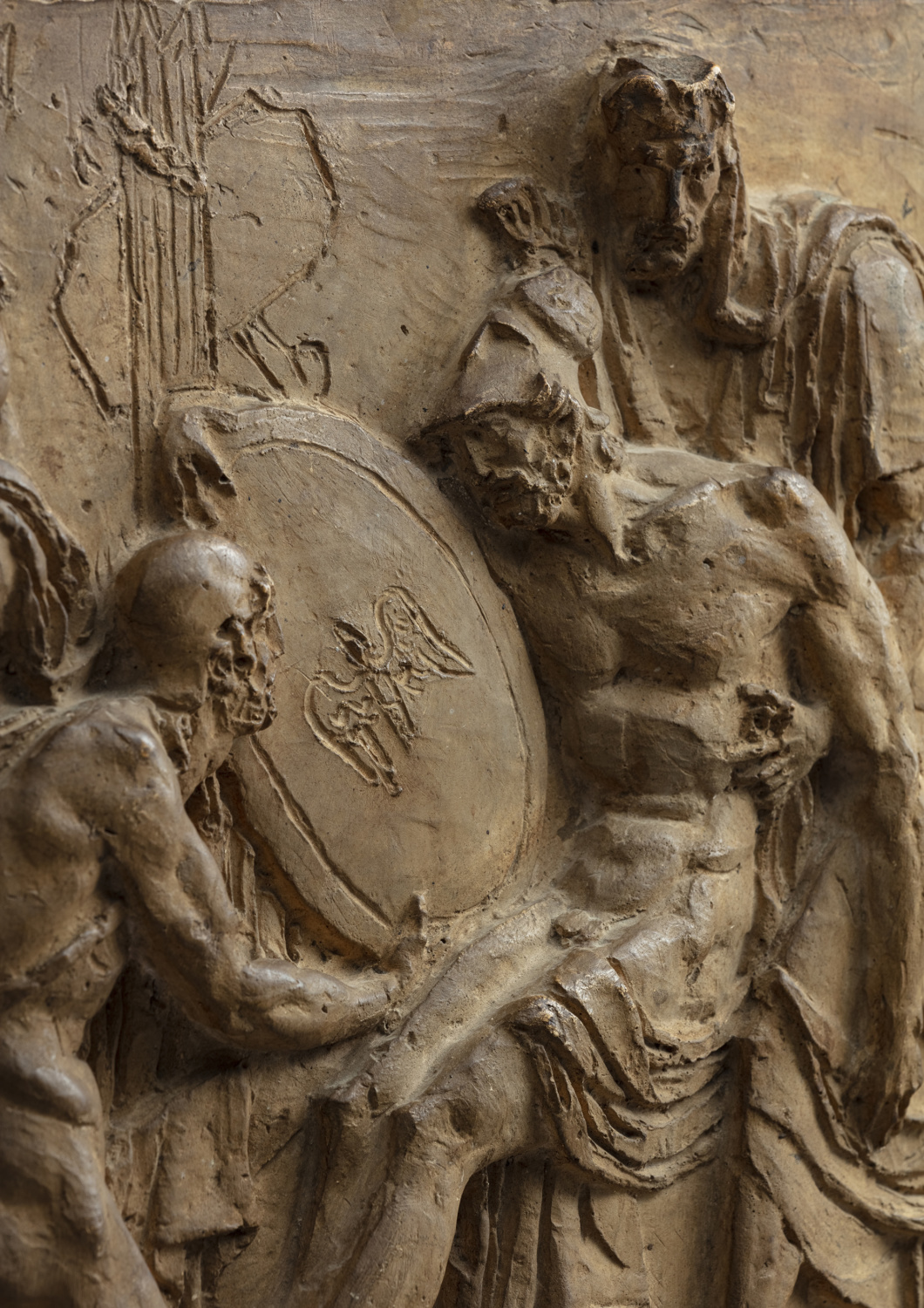 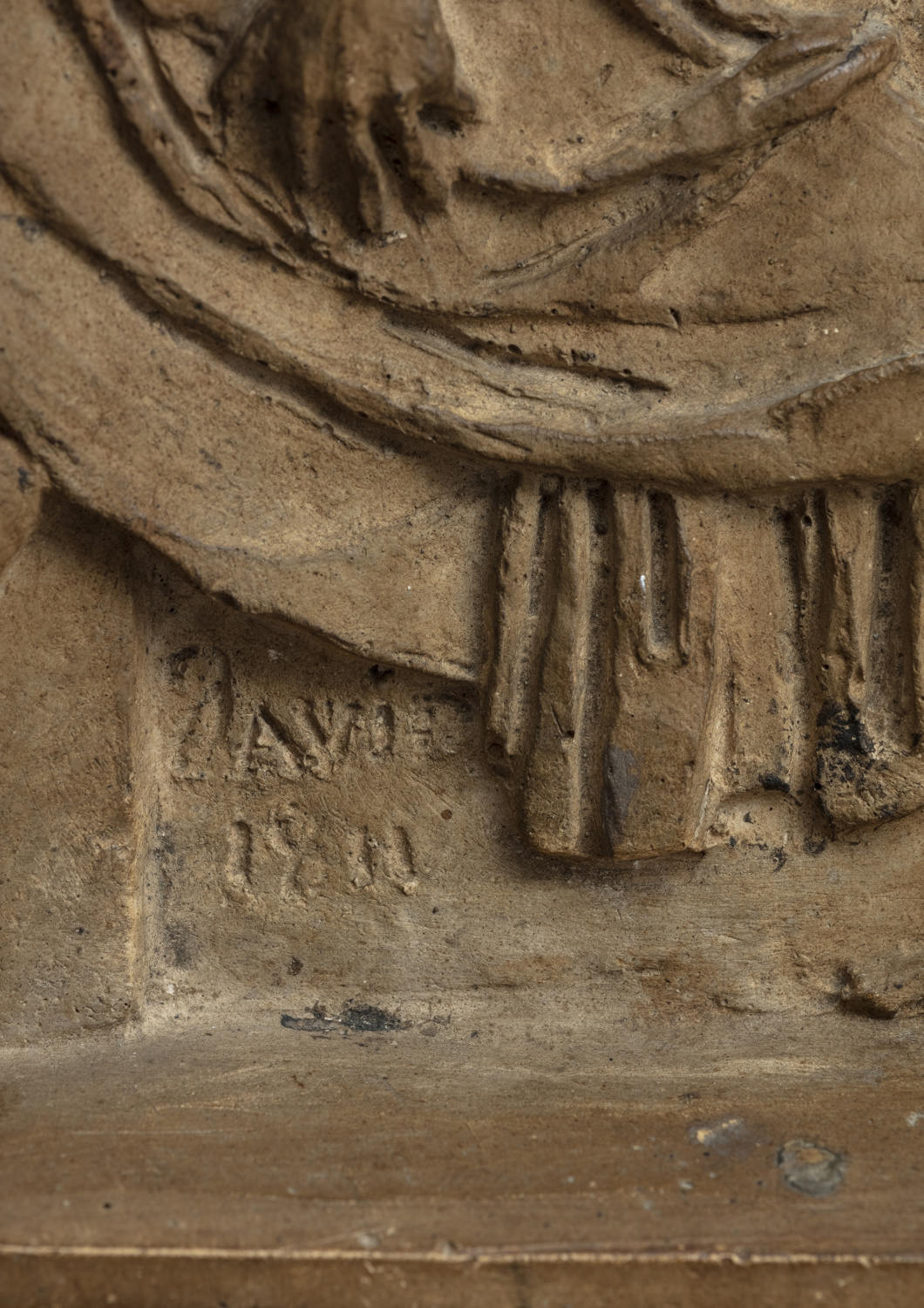 “The Death of Epaminondas”

This type of subject was imposed on participants in the “Grand Prix de Rome” and the works were meant to emulate noble values such as courage, magnanimity and generosity. This depiction of the death of the hero Epaminondas, executed in the early career of Pierre-Jean David d’Angers, is the preparatory study for a large plaster relief in the Musée d’Angers, for which the sculptor won the “Grand Prix de Rome” in 1811, after finishing as runner-up the year before.

Pierre-Jean David d’Angers, sculptor and medallist of the 19th century Romantic movement, was the student of Neoclassical masters such as painter Jacques Louis David and sculptor Augustin Pajou. After winning the “Grand Prix de Rome”, he travelled around France and reached London, before returning to Paris where he executed several monuments, tombs, statues, busts and reliefs, including the famed pediment of the Pantheon in 1837.