“The Game of billiards”

With its original molded ormolu frame. The reverse inscribed 1702 V / III 7 / A…

Delivered with the set of six games in Vienna, Imperial Palace, Wallnerstrasse 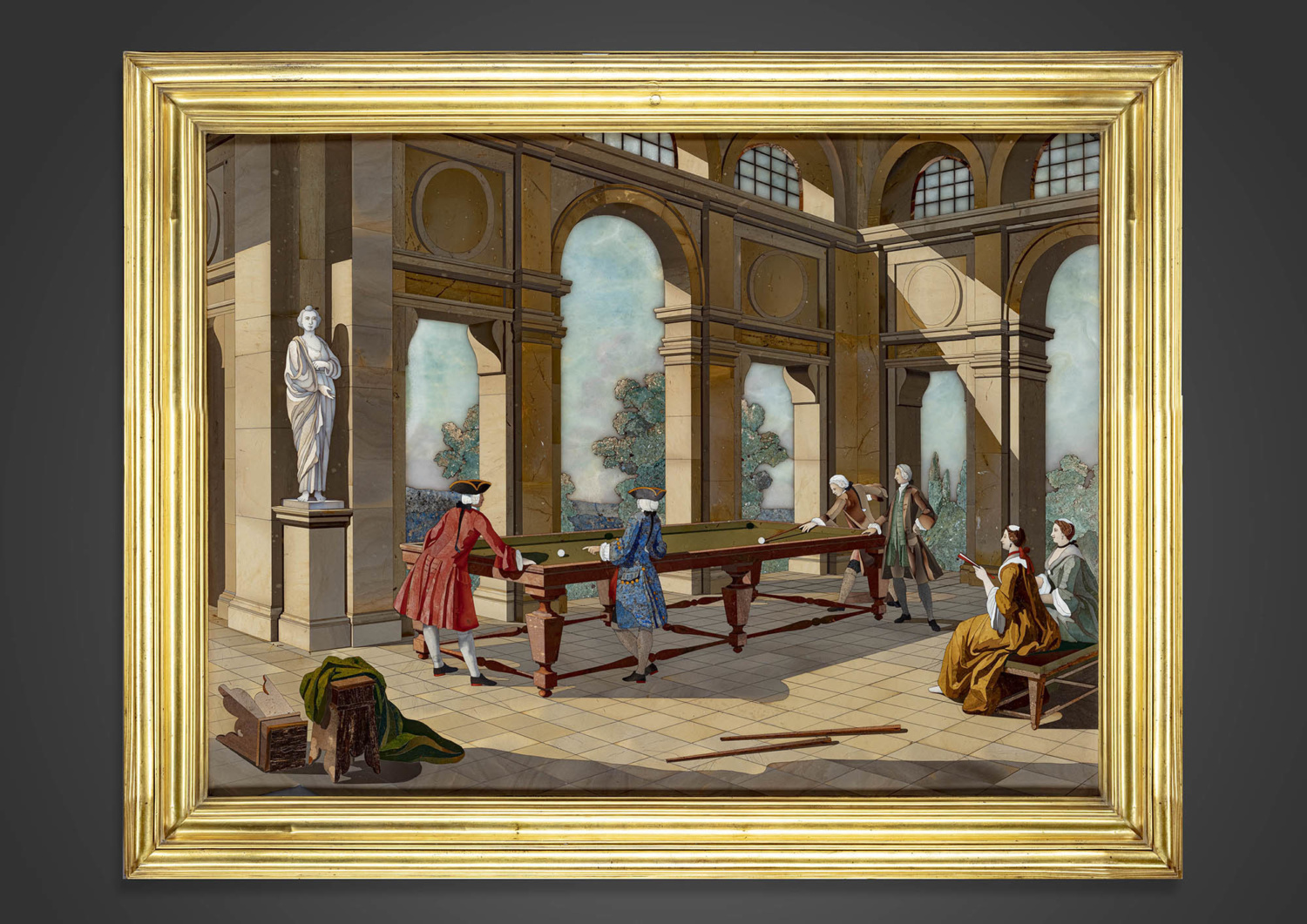 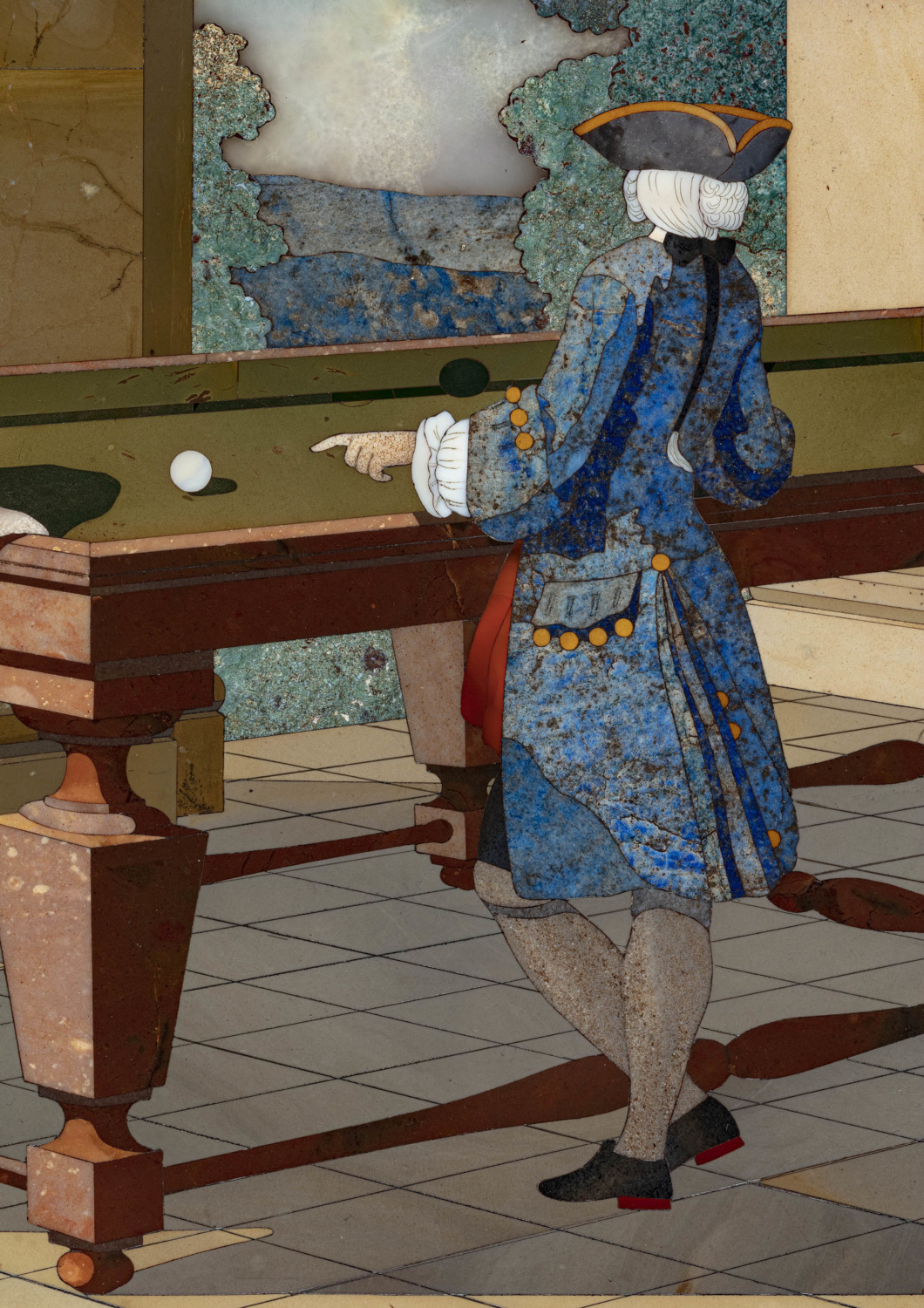 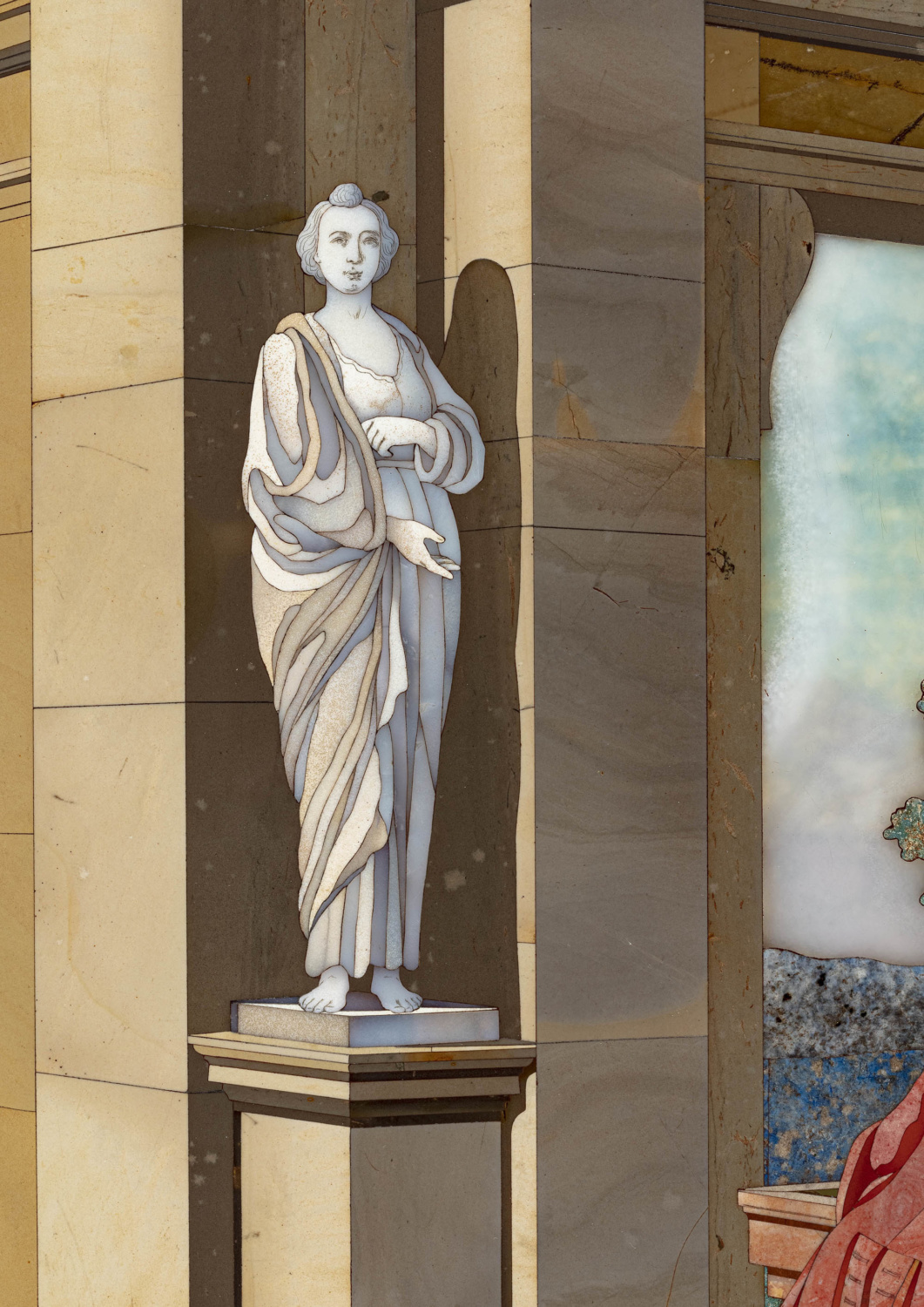 “The Game of billiards”

The Game of Billiards, lost since it was commissioned in 1752, and only briefly surfacing on the Florentine art market in the 1870s, appears as a major discovery.

It was once part of one of the most impressive and celebrated commissions produced by the Grand-Ducal workshops in Florence in the 18th century: the group of more than sixty pietra dura plaques created for Francis Stephen of Hapsburg-Lorraine (1708–1765), husband of Empress Maria Theresa of Austria in 1736, who became Grand Duke of Tuscany in 1737 after the end of the Medici dynasty, and elected Holy Roman Emperor under the name of Francis I in 1745.

Only one other pietra dura panel, also after a drawing by Zocchi depicting the Allegory of Architecture, appeared on the art market these last few years.