A blue wax seal bearing the Habsburg eagle and the letters FI, with the following annotation around the periphery: “C.R. ACCADEMIA DI MILANO / PER L’ESPORTAZIONE”

Acquired in Italy before 1835, as indicated by the wax seal of the Milan Fine Arts Academy 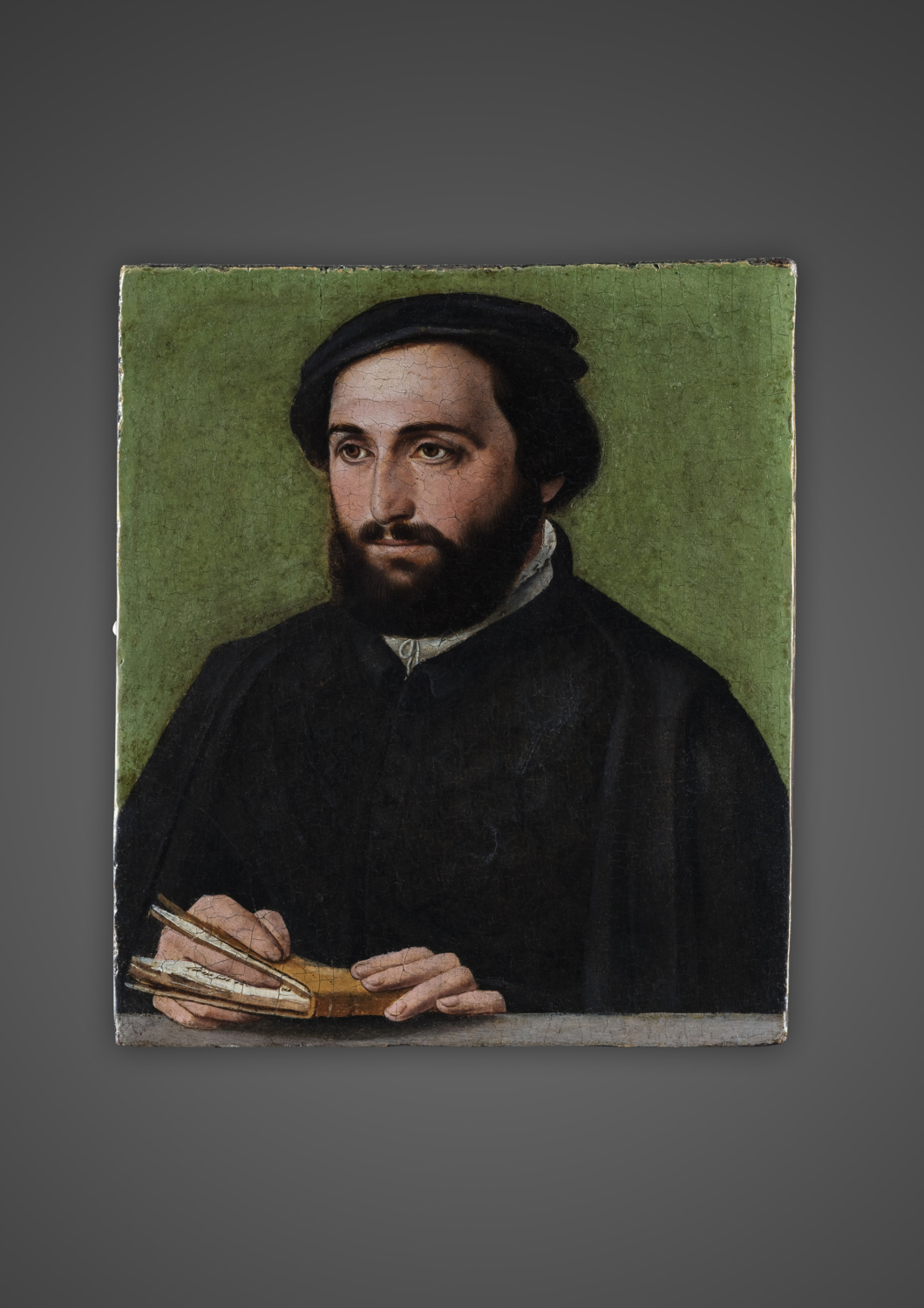 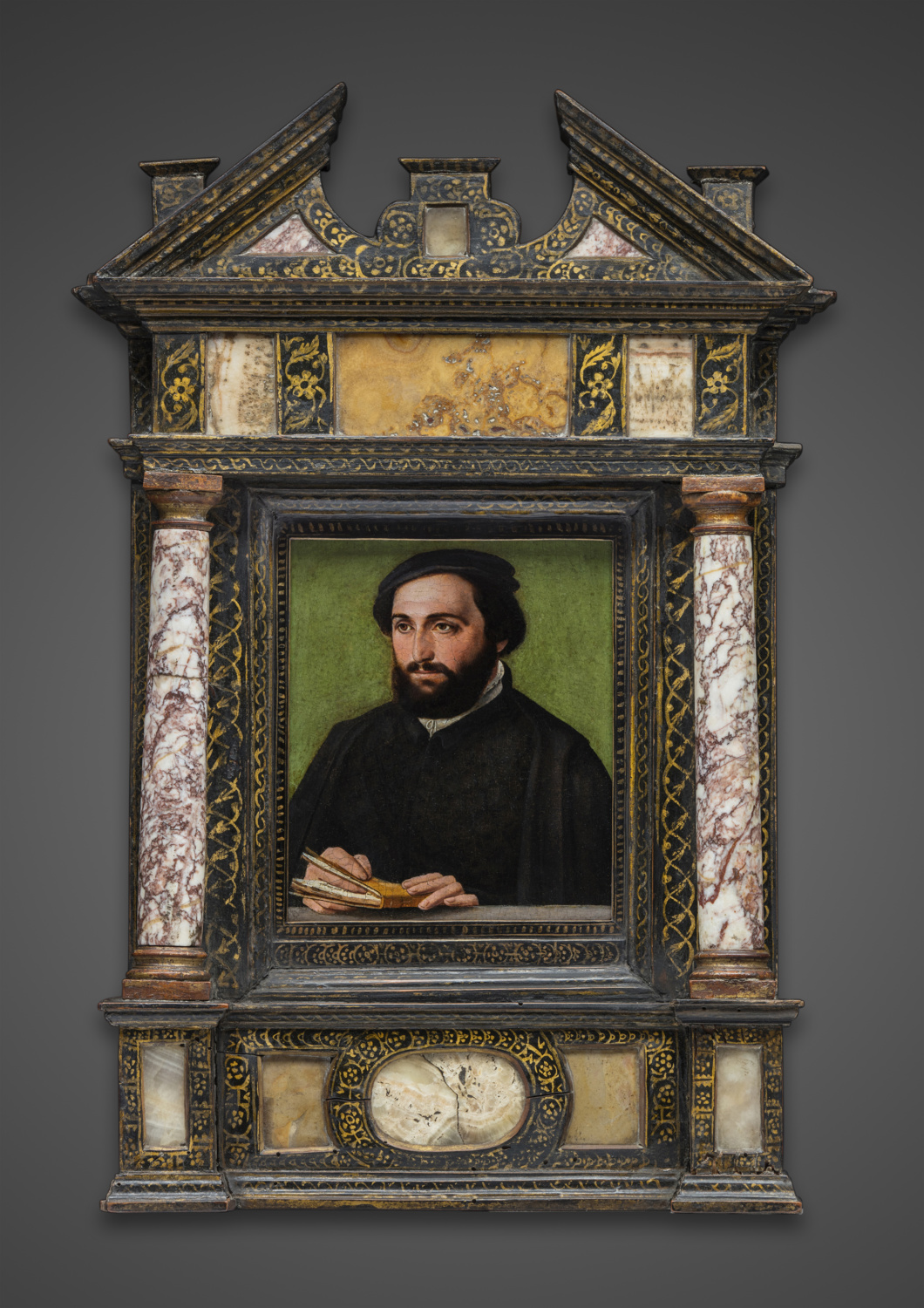 The present portrait, as remarkably delicate as a miniature, can be compared to the work of Corneille de la Haye, known as Corneille de Lyon, due to the small size of the panel and the light green background. Several artists were working in a similar style, whether or not directly influenced by Corneille, making it difficult to settle on a firm attribution.

The man depicted is dressed entirely in black. The absence of decorative feathers, coloured fabrics or gold embroidery – sartorial adornments reserved for nobility – hints that the sitter is neither of noble descent nor a clergyman. He was probably a wealthy member of the upper middle class, either a merchant or an artisan, and appears well aware of his privileged social position, choosing to be represented holding a leather-bound book.