Inscribed on the reverse M DETROY P. COUSTOU A ROME 1739 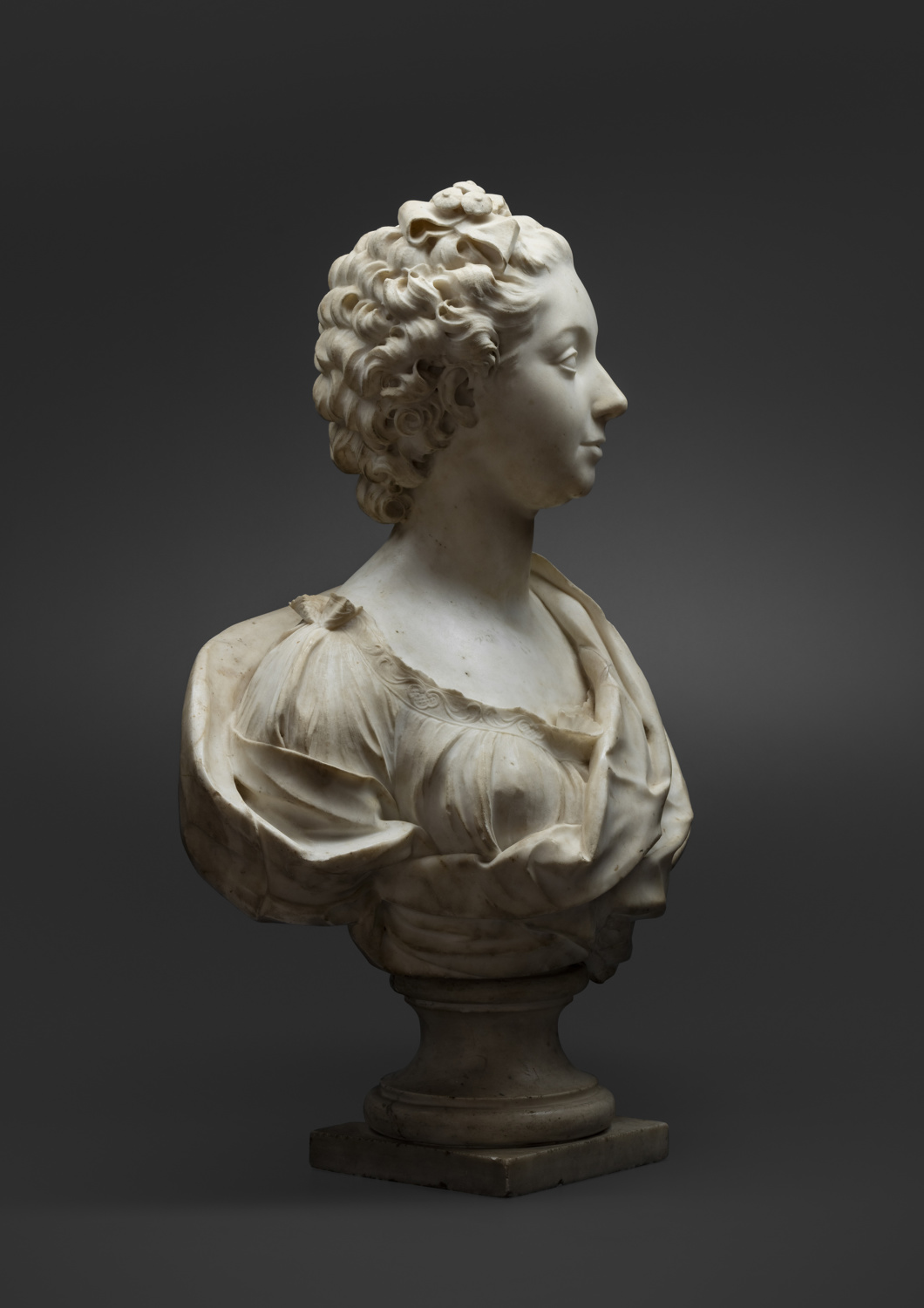 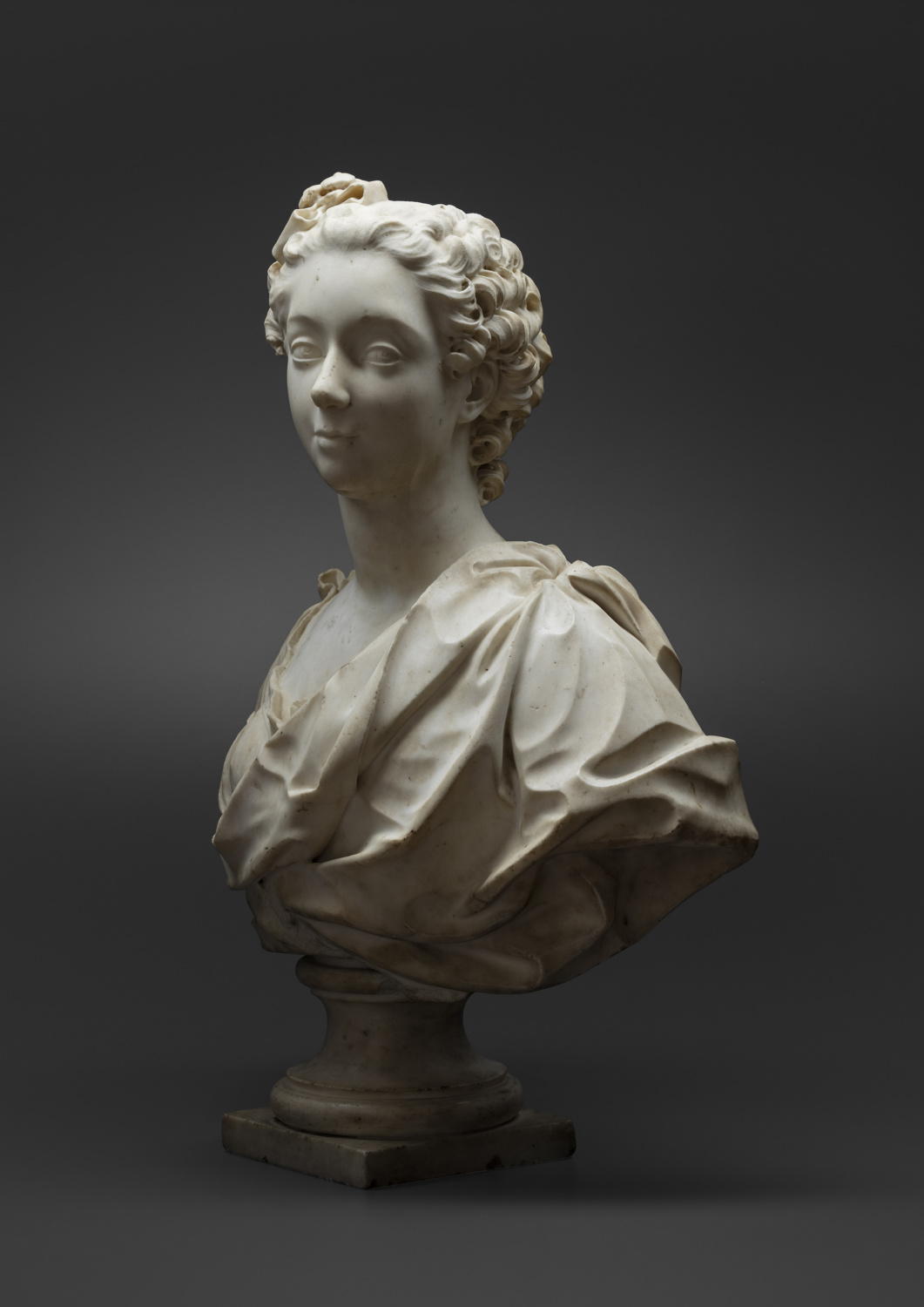 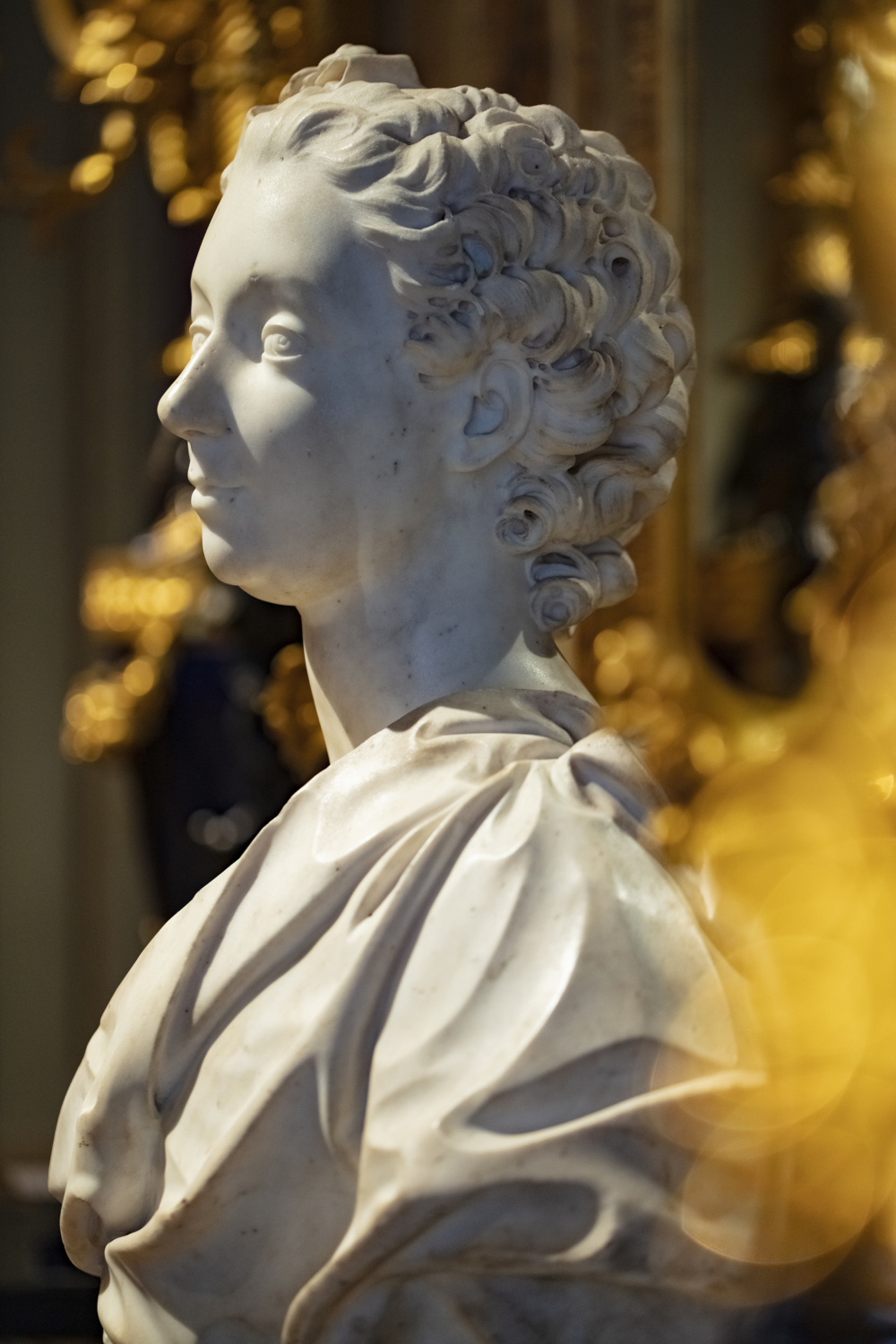 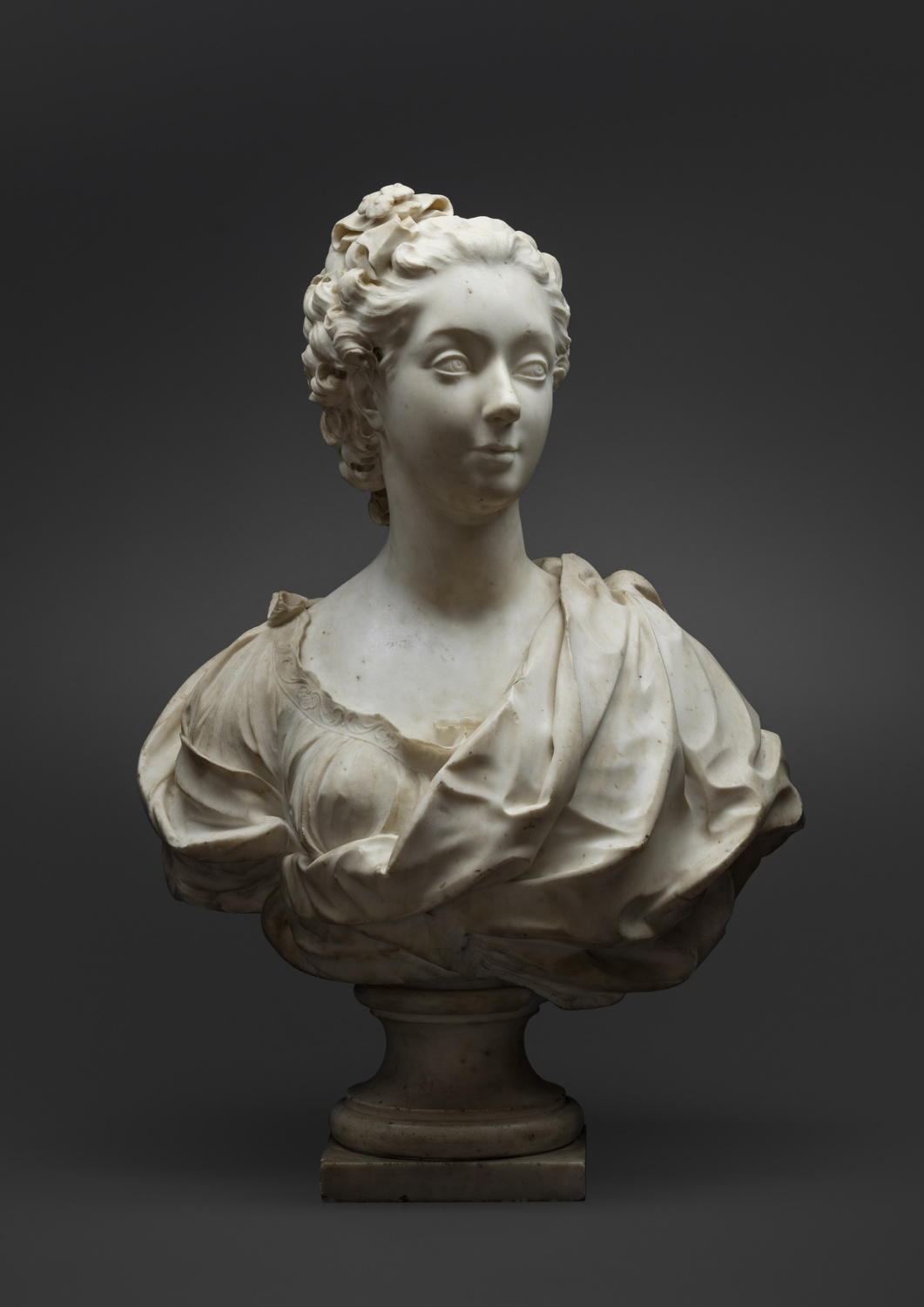 This bust was conceived amid the collegial atmosphere of the French Academy in Rome, which was then led by the painter Jean-François de Troy, who had this portrait of his young wife done by Guillaume II Coustou, one of the residents. Marie-Anne de Troy married Jean-François de Troy in 1732; she died prematurely in 1742.

According to Pierre Souchal, the intriguing initial “P” that appears in front of “Coustou” indicates one of two things: it is either an abbreviation of “par” (by), or it is an “intentional fraud” in which the initial of the painter’s first name was changed, since the residents of the French Academy were forbidden from working for the director.