His daughter, Madeleine de Seguin, then his grand‑son

Inventory drawn up on 27th March 1761 after the death of Pierre‑François Doublet de Persan Marquess de Bandeville. Arch. Nat., min. cent., ét. LXXVI, 378. The value of the silver was made by the silversmith Jacques Ballin 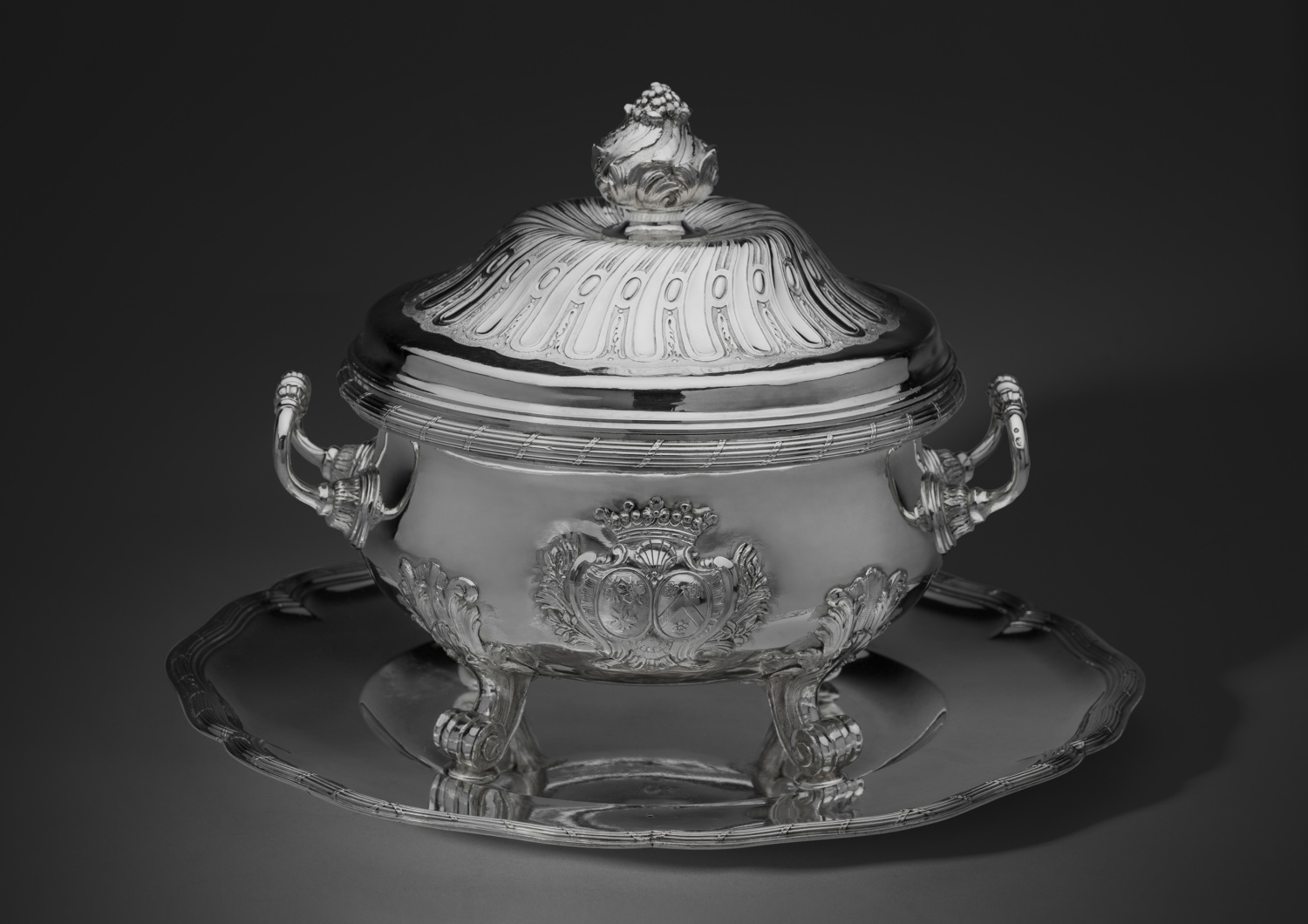 The present circular tureen, or pot à oille, comes from the highly important service of the Marchioness de Bandeville, called the présidente de Bandeville. This silver service, which weigh over 140 kg in total, was commissioned by Pierre-François Doublet, Marquess de Bandeville, President of the Parliament of Paris (1741–1758) and his second wife Marie-Anne Bigot de Graveron whom he married in 1738.

The tureen is still clearly inspired by designs created during the Régence by Claude Ballin and Thomas Germain; and Gouel and his father were among the best artists working in this style. It was probably originally conceived without its stand, in line with the usage of the time. Twenty years later however, after fashion changed, a beautiful stand was added. This piece is rare not only for the quality of its chiselling but its exceptional state of conservation.