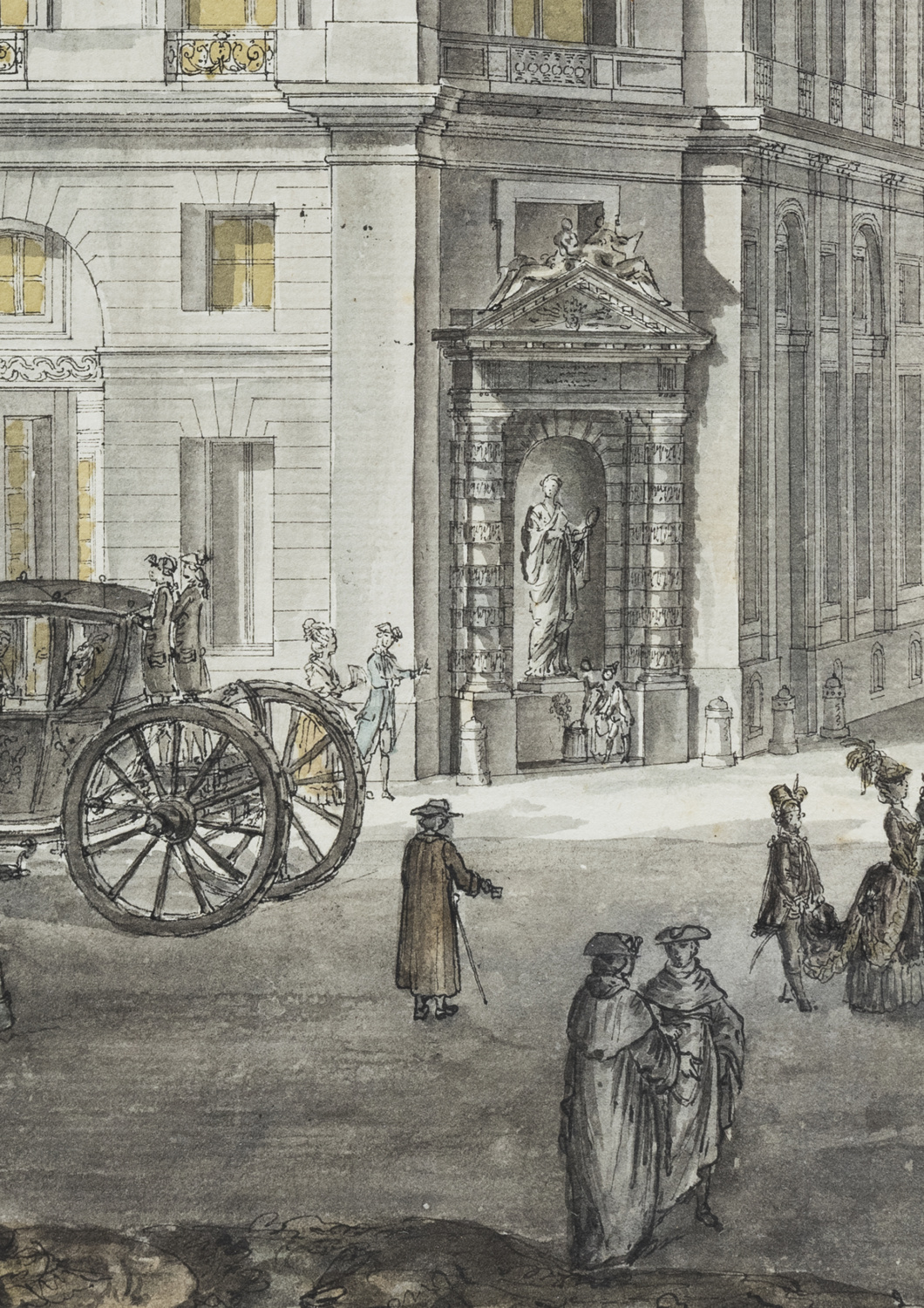 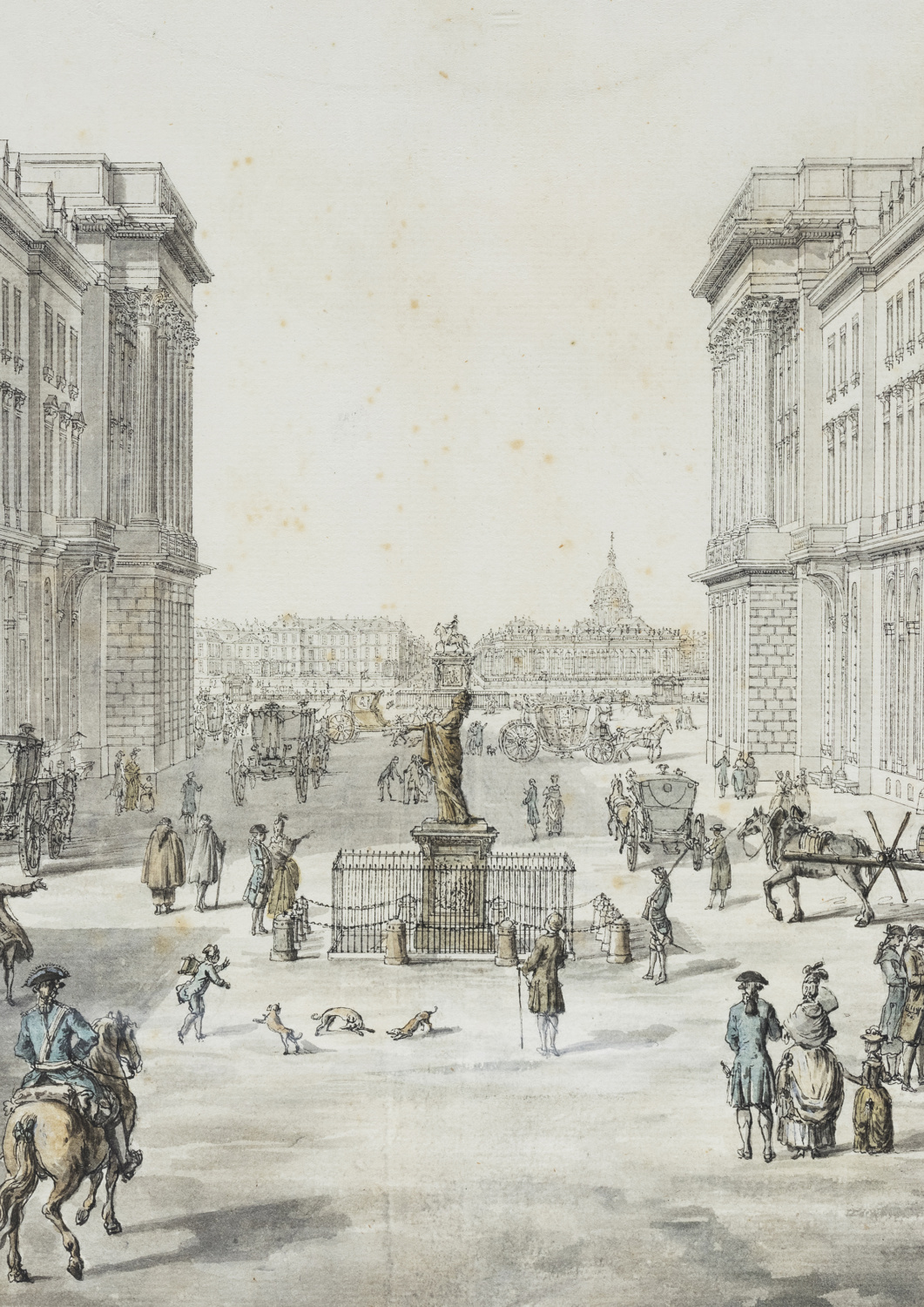 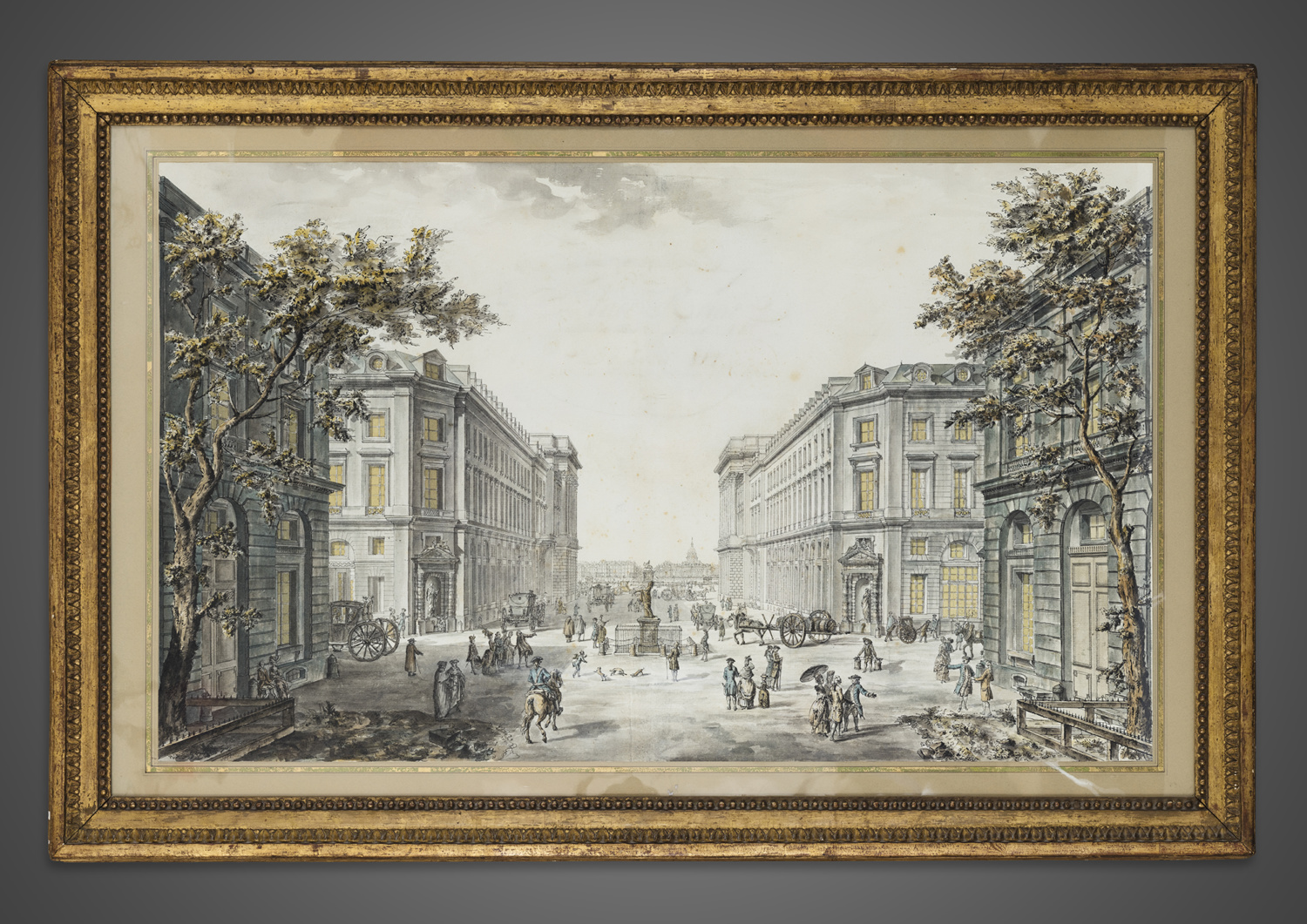 Pierre Louis Moreau, called Moreau-Desproux (1727-1794), was a member of the Academy of architecture from 1762, succeeding to his uncle as the “maître general des bâtiments” of the city of Paris between 1763 and 1787. He worked on several projects including the rebuilding of the Opera, which was destroyed in 1781, and the facades of the first court of the Palais-Royal, the restoration of the bridge of Notre-Dame and many public celebrations.

This drawing shows a project for the crossroad of the rue Royale and the rue Saint Honoré consisting in adorning the four corners with fountains and adding a central statue.