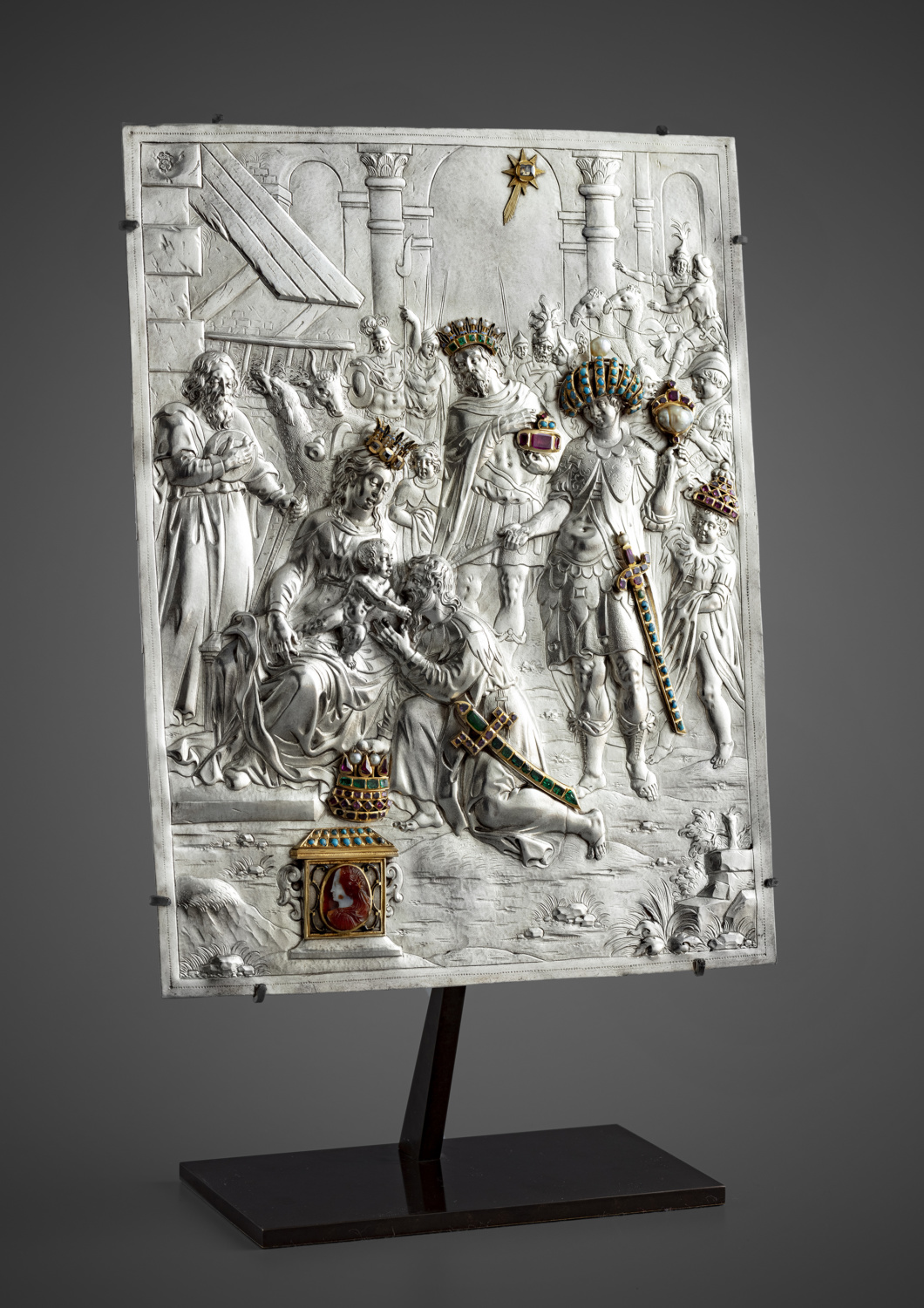 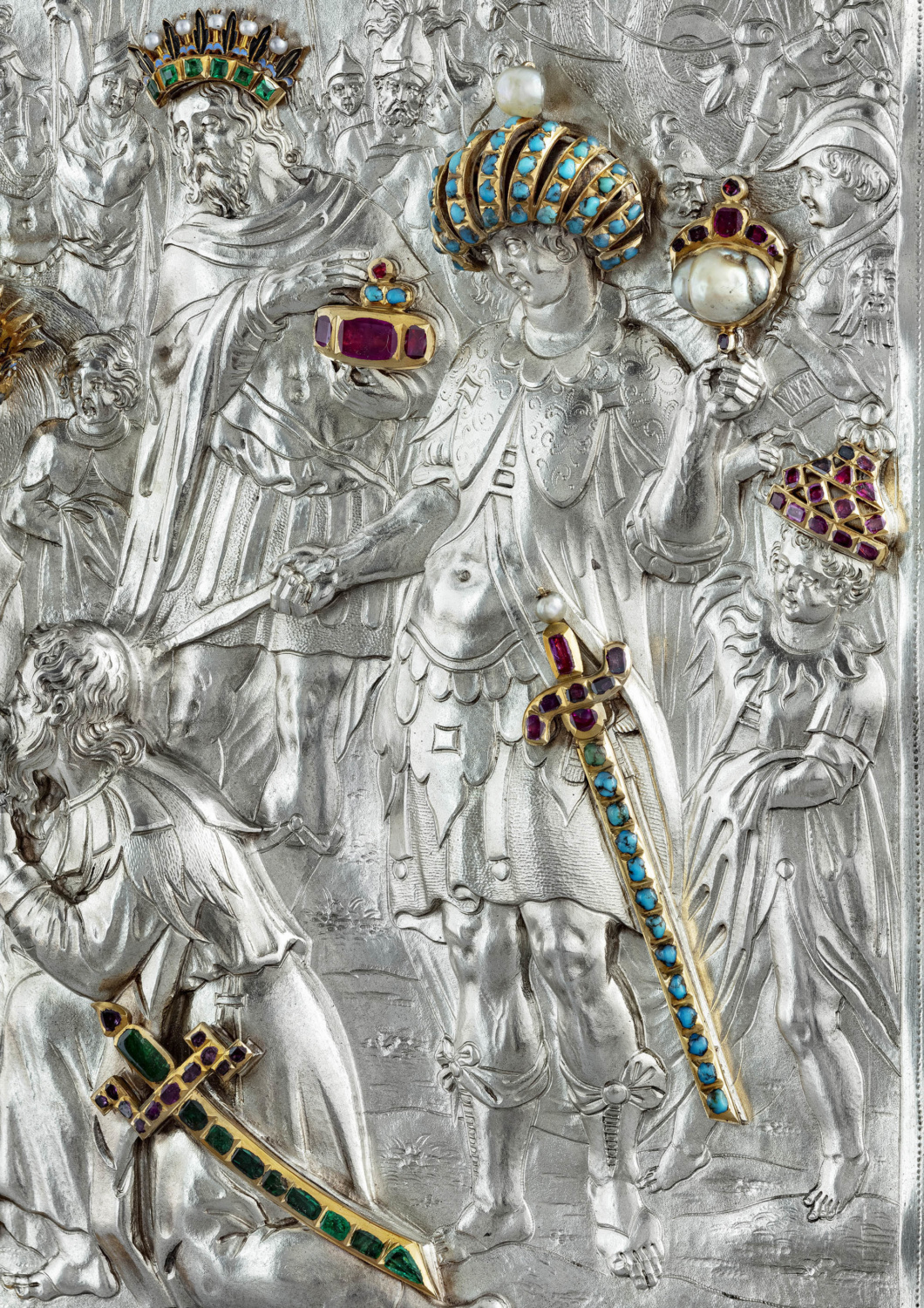 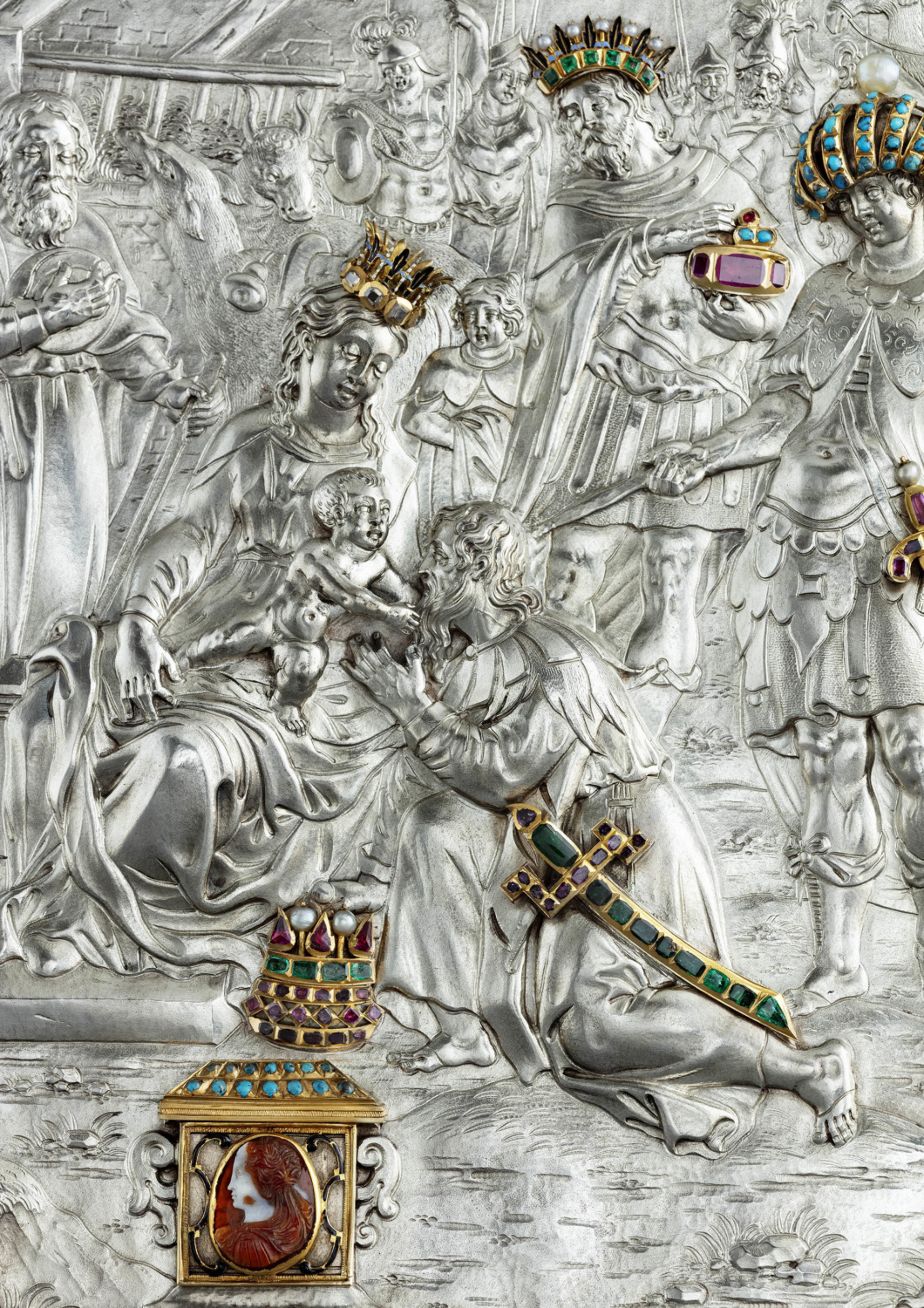 The present silver relief, loosely inspired by works from the Antwerp painter Martin de Vos (1532–1603), is a rare illustration of the production from Brussels of the early 17th century. It has the rare characteristic to be adorned with gems set with prongs on the reverse of the plaque. A study of the reverse shows that the spaces where the gold enamel elements are found are outlined but left undecorated. This implies that these elements are original to the conception of the plaque and not added after.

The Master of the Crowned Clover who made the relief has not yet been identified, but six other pieces are known, all in Belgium. Each one bears the marks of Brussels and the letter dates W, Y, C and K; thus, he was active at least between 1605 and 1620.