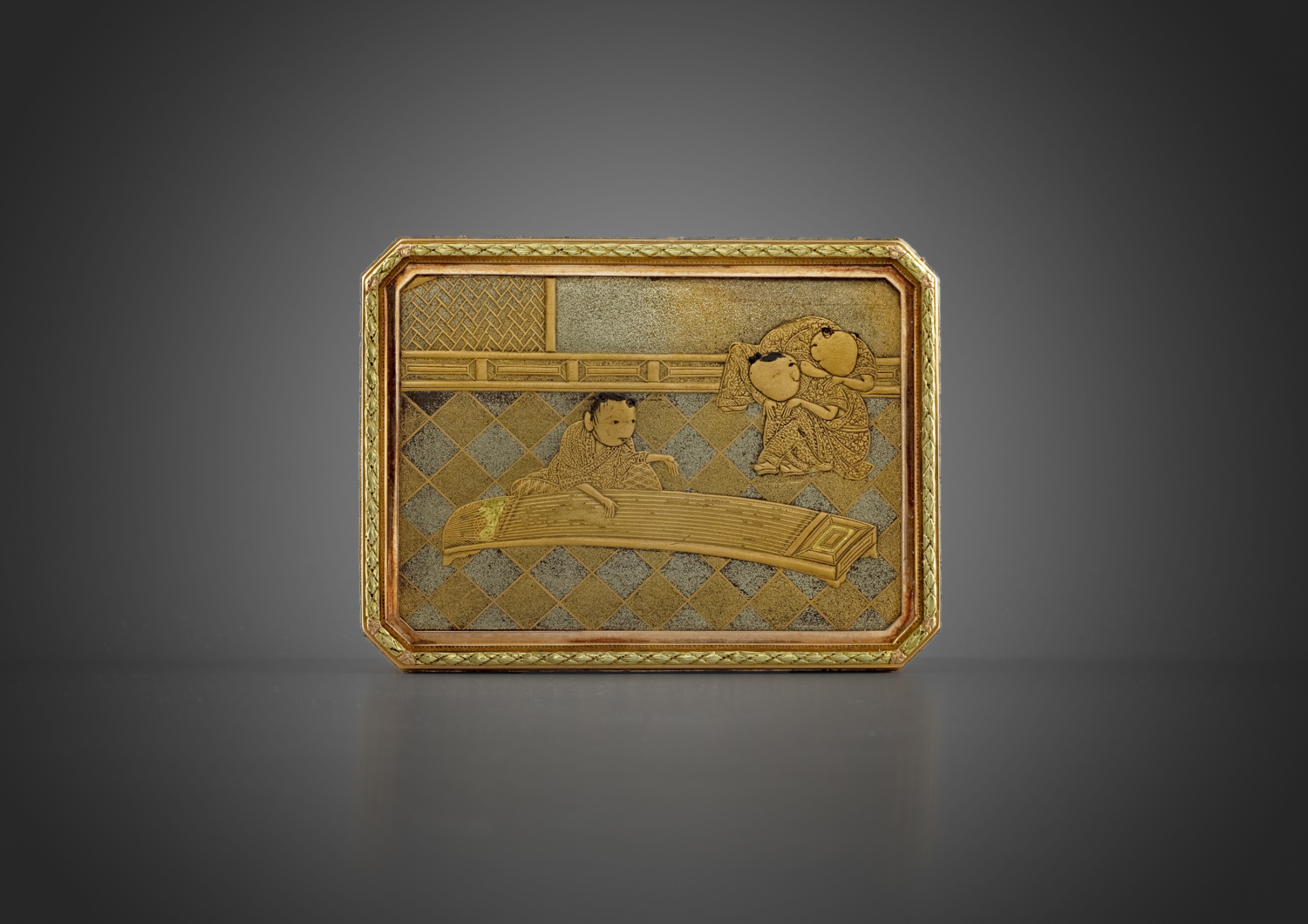 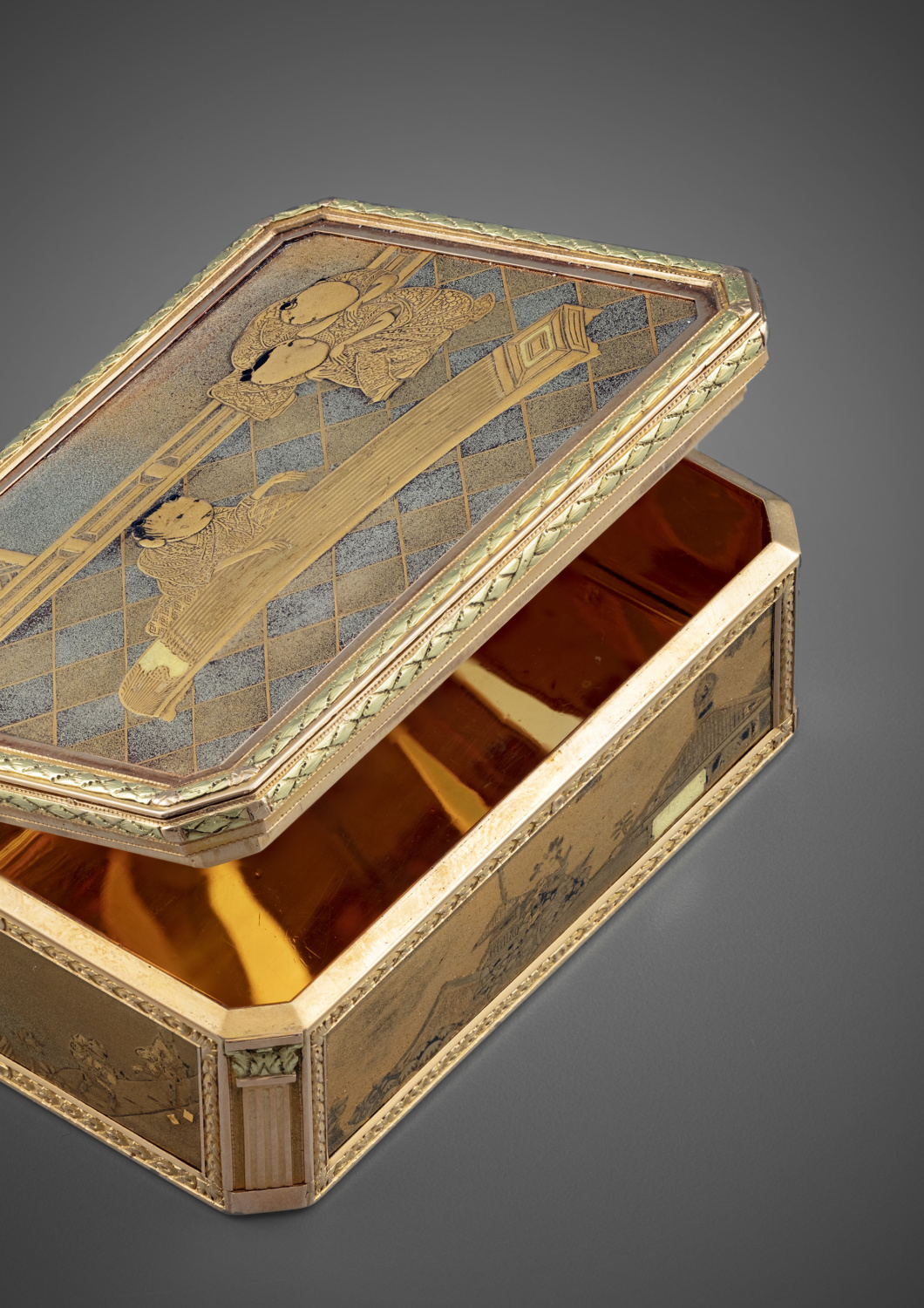 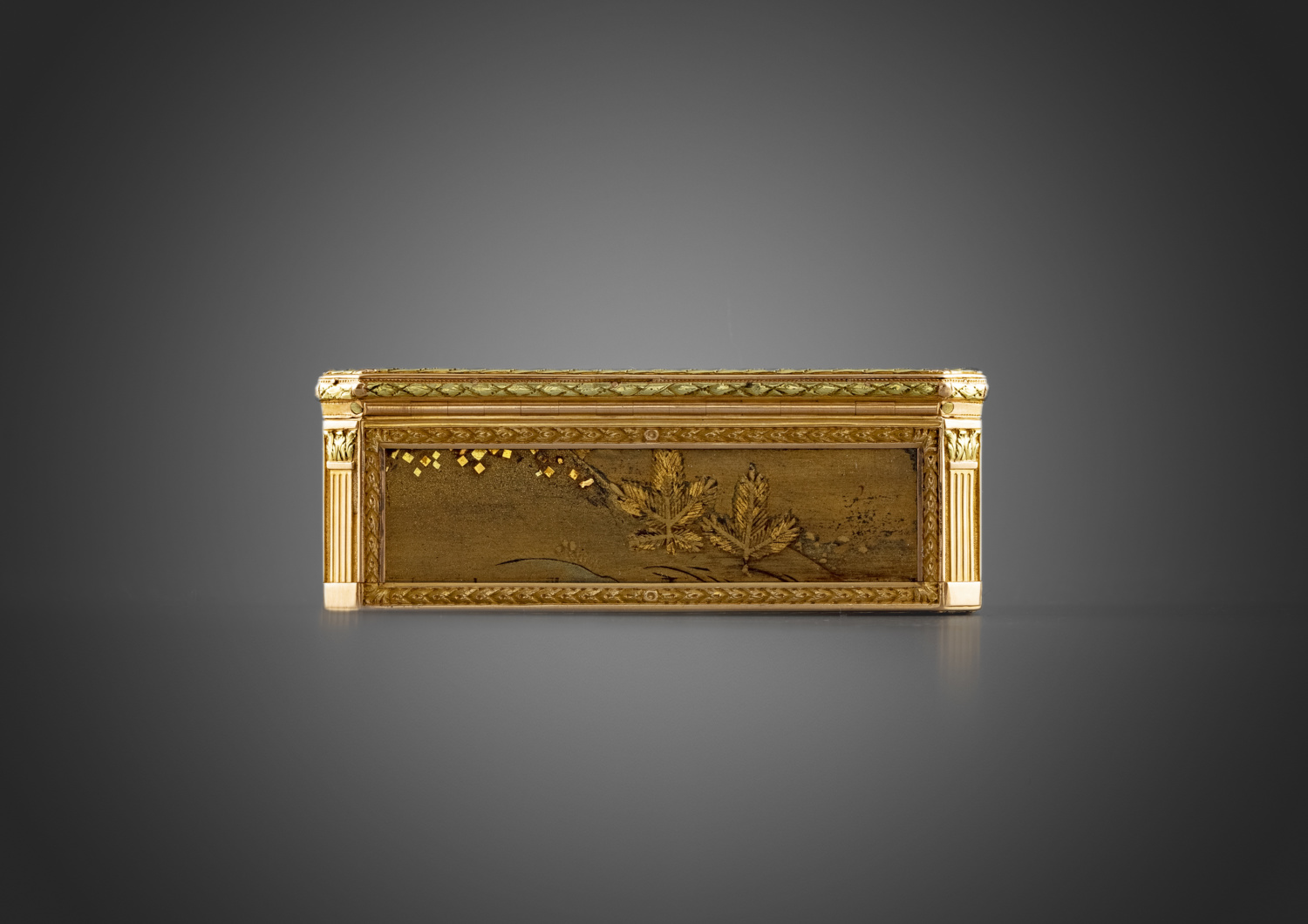 Pierre-François Drais (master in 1763), a famed Parisian gold box maker of the second half of the 18th century, probably begun his career as a “compagnon” in the workshop of his cousins Jean and Jean-Charles Ducrollay. Drais’ workshop specialised in creation of gold boxes mounted with various precious materials: porcelain, miniatures, hardstones or lacquer panels.

Gold boxes mounted with Japanese lacquer became fashionable in the second half of the 18th century, and a box with lacquer panels dating from 1749/50 by Vincent Bastien is thought to be the first known of this kind. A snuffbox adorned with two miniatures by Van Blarenberghe and an identical mount to the present snuffbox, made by Pierre-François Drais, Paris 1774–1775, used to be at Waddesdon Manor.