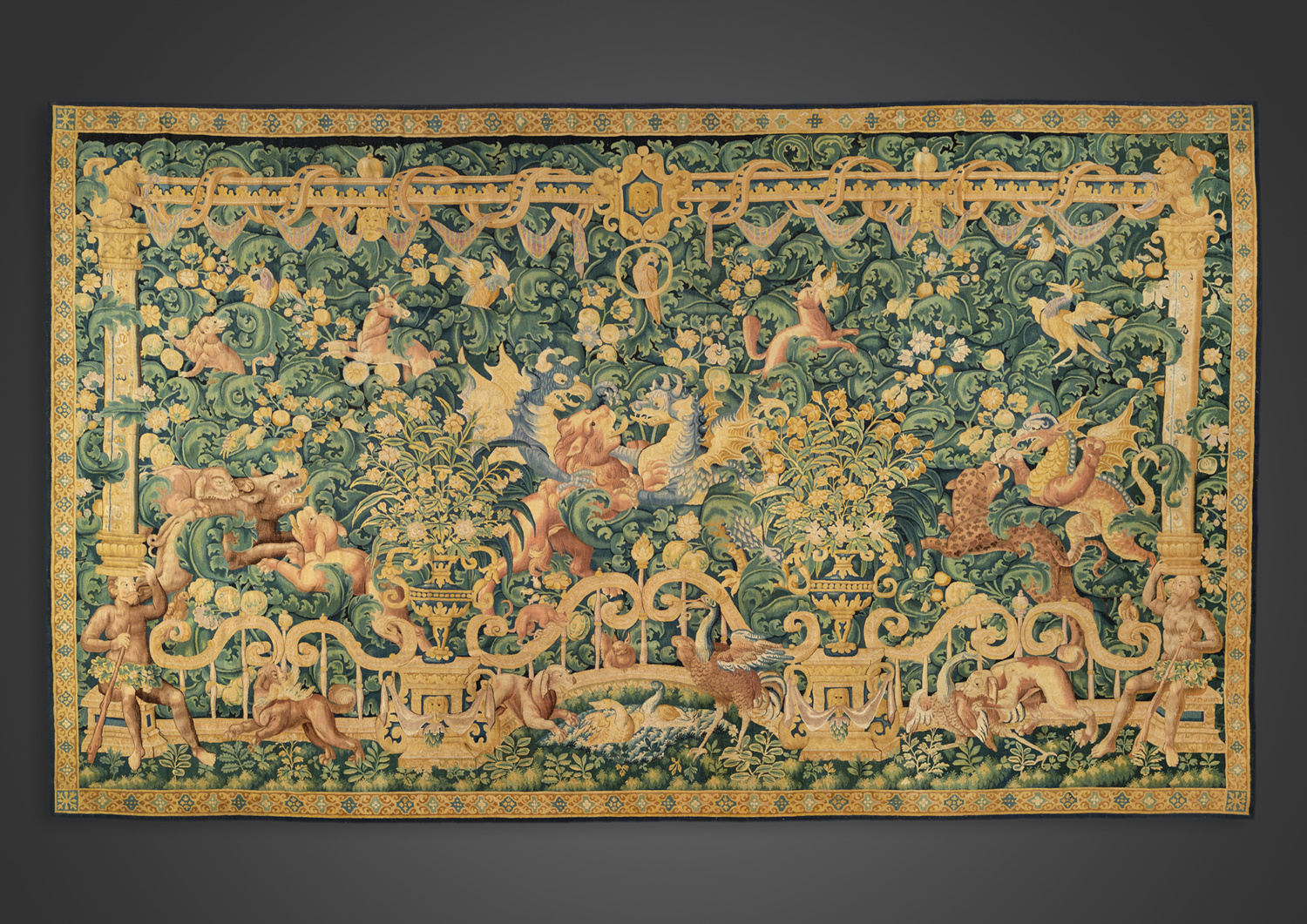 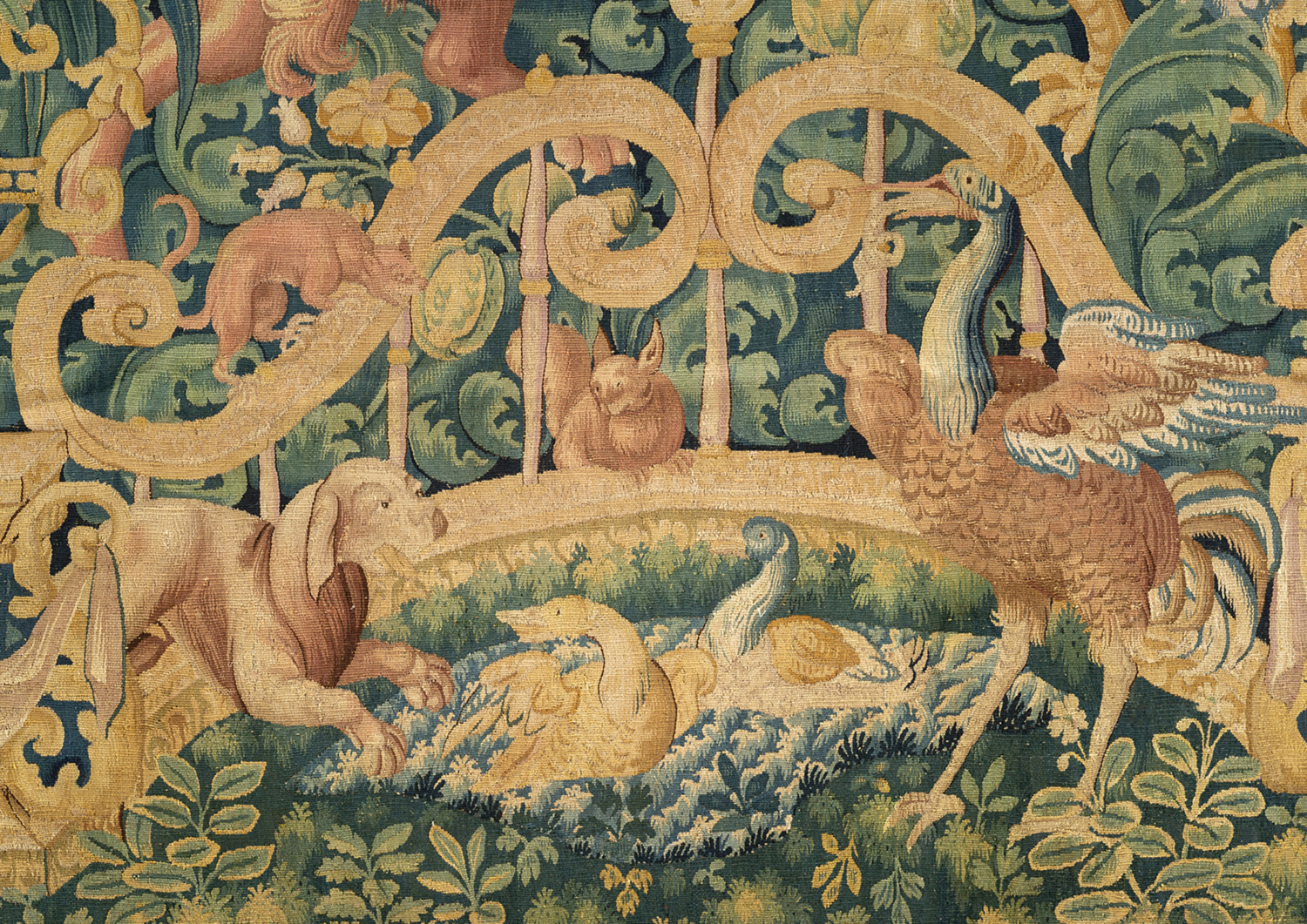 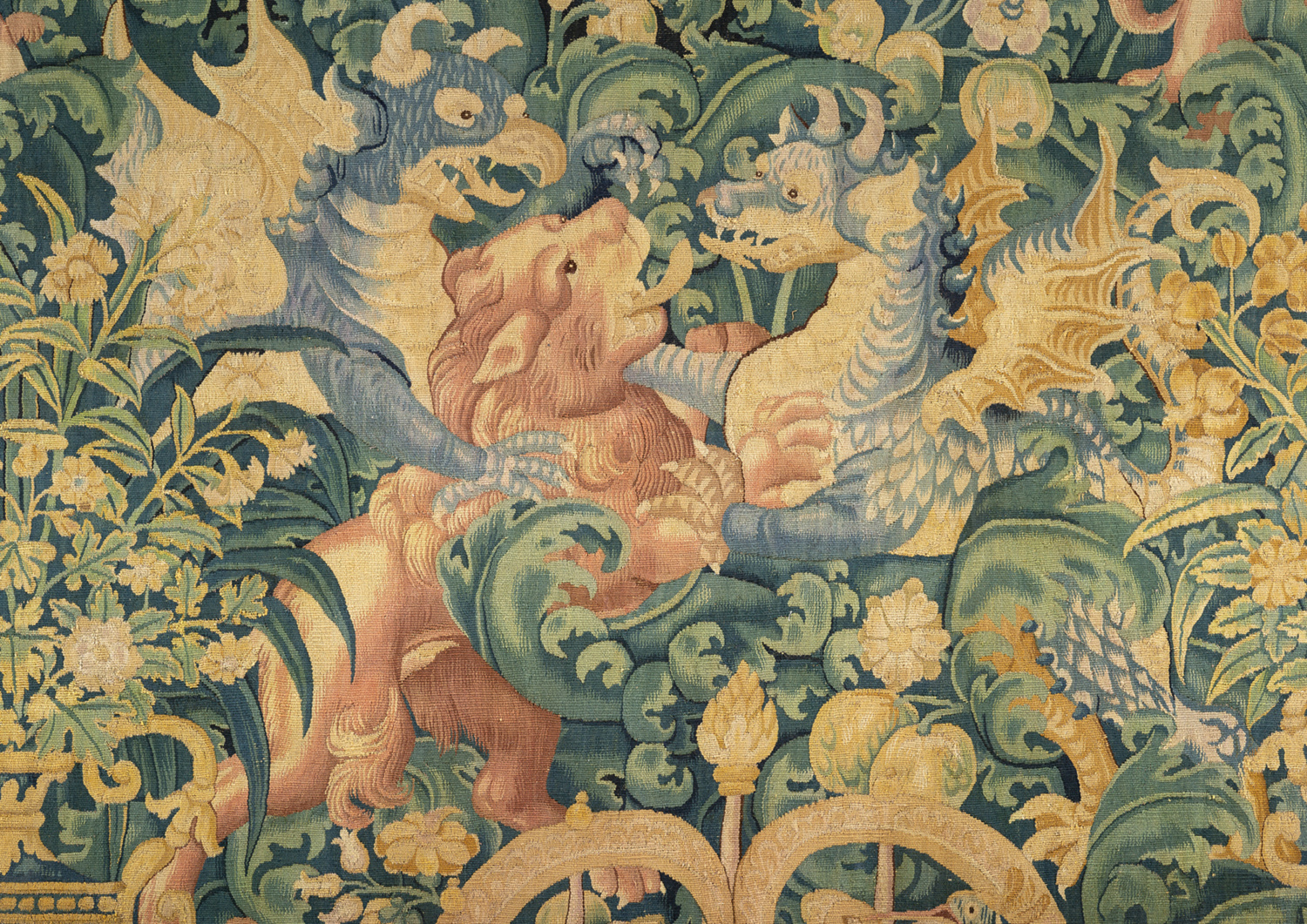 This tapestry is one of the most spectacular and best preserved out of a set out of about six tapestries in various private and public collections. Most are in the vertical format, as in the case of one tapestry in the collections of the Metropolitan Museum of New York. The design is called “feuilles d’aristoloche”, in reference to the dimensions of the leaves and the blueish colours.

It is not known whether these formed a large set or if they were meant as independent pieces that could be bought individually. The design stands out through the balustrade decorated with vases and flanked with seated “wild men” carrying columns. The columns are topped with lions holding a pergola.

None of the related tapestries bear either a mark nor a signature, yet the weaving and colour scheme is closely associated with other works signed from Audernarde. The comparative in the Metropolitan Museum is described as “Netherlands, circa 1540-1550”.