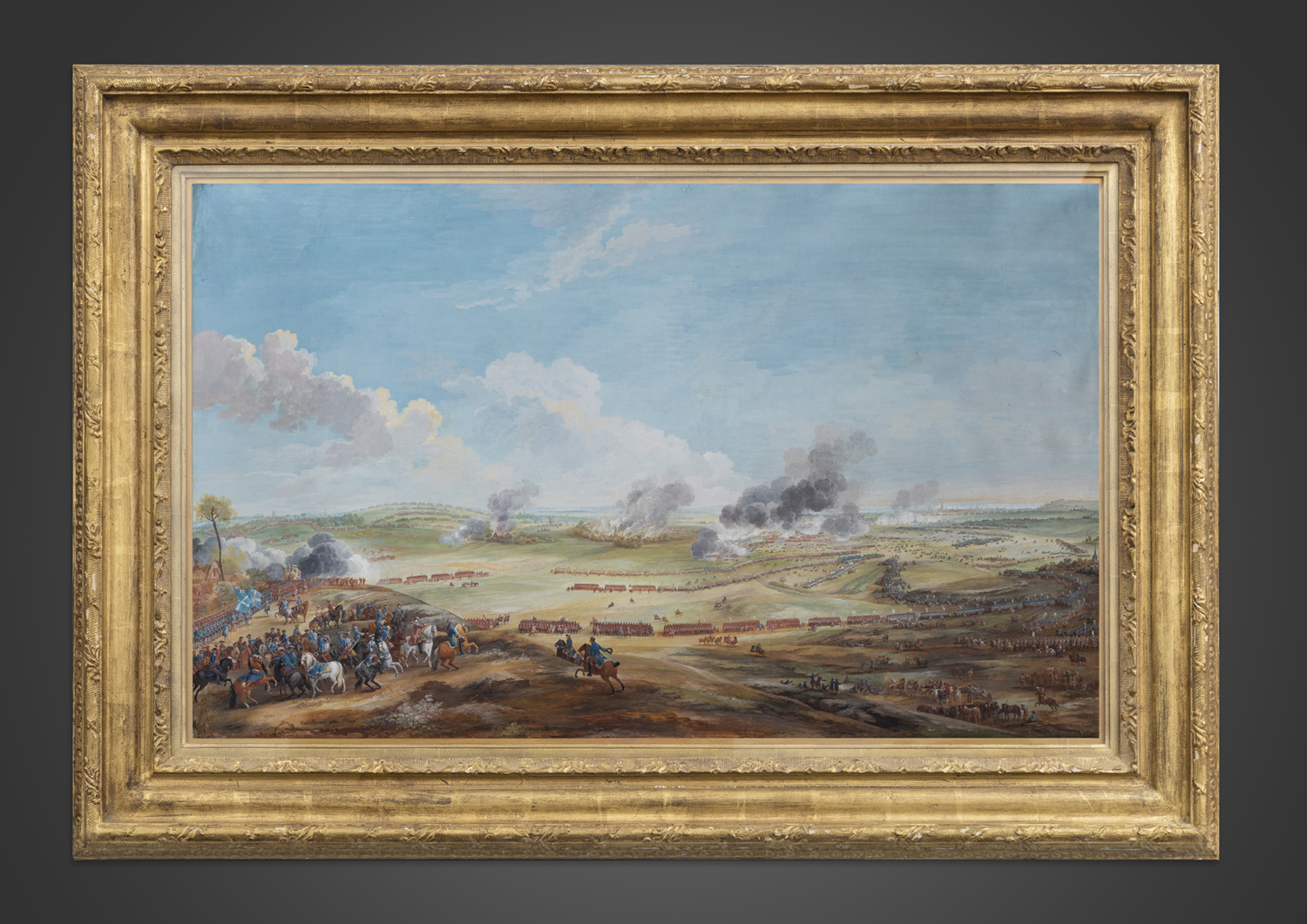 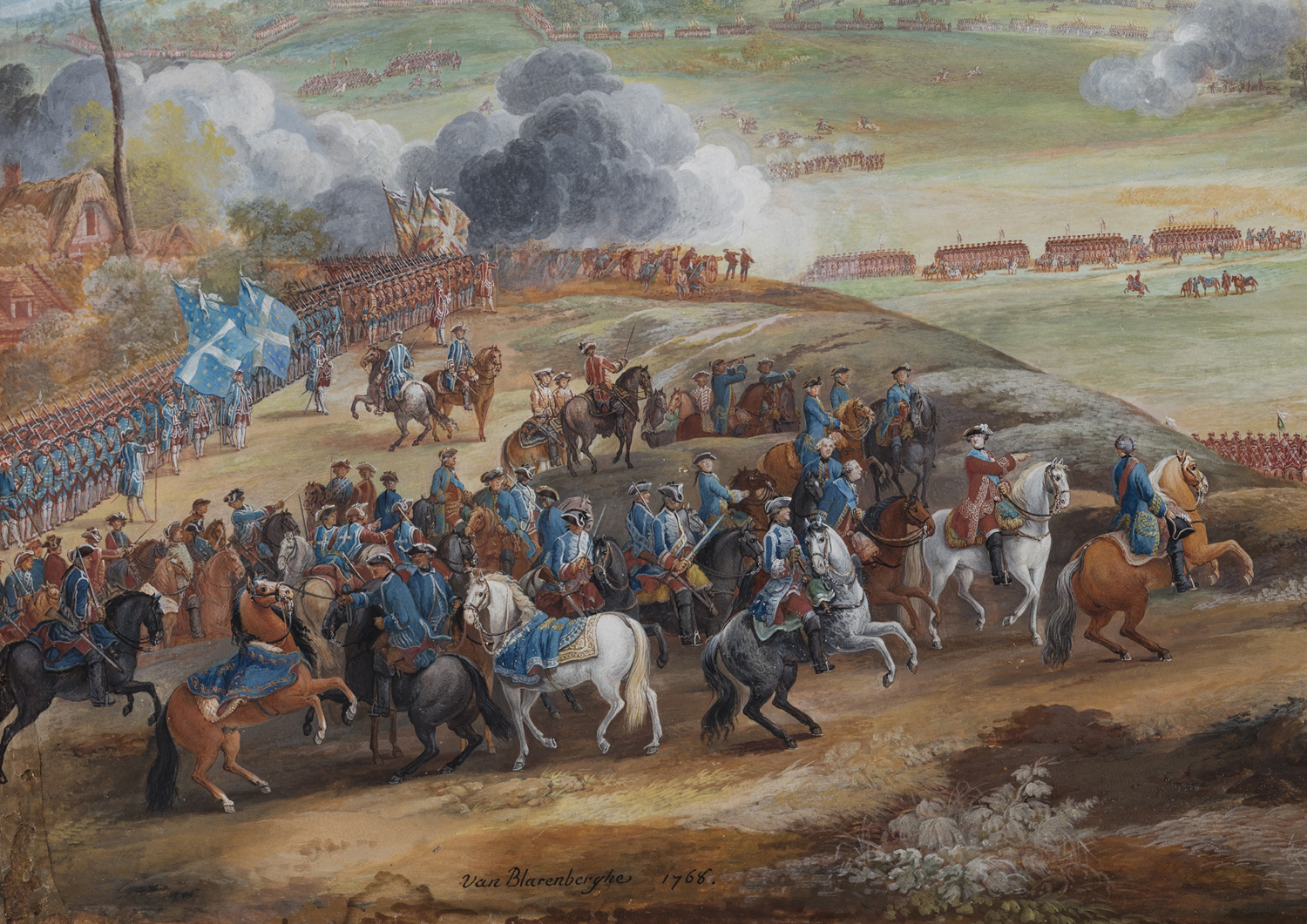 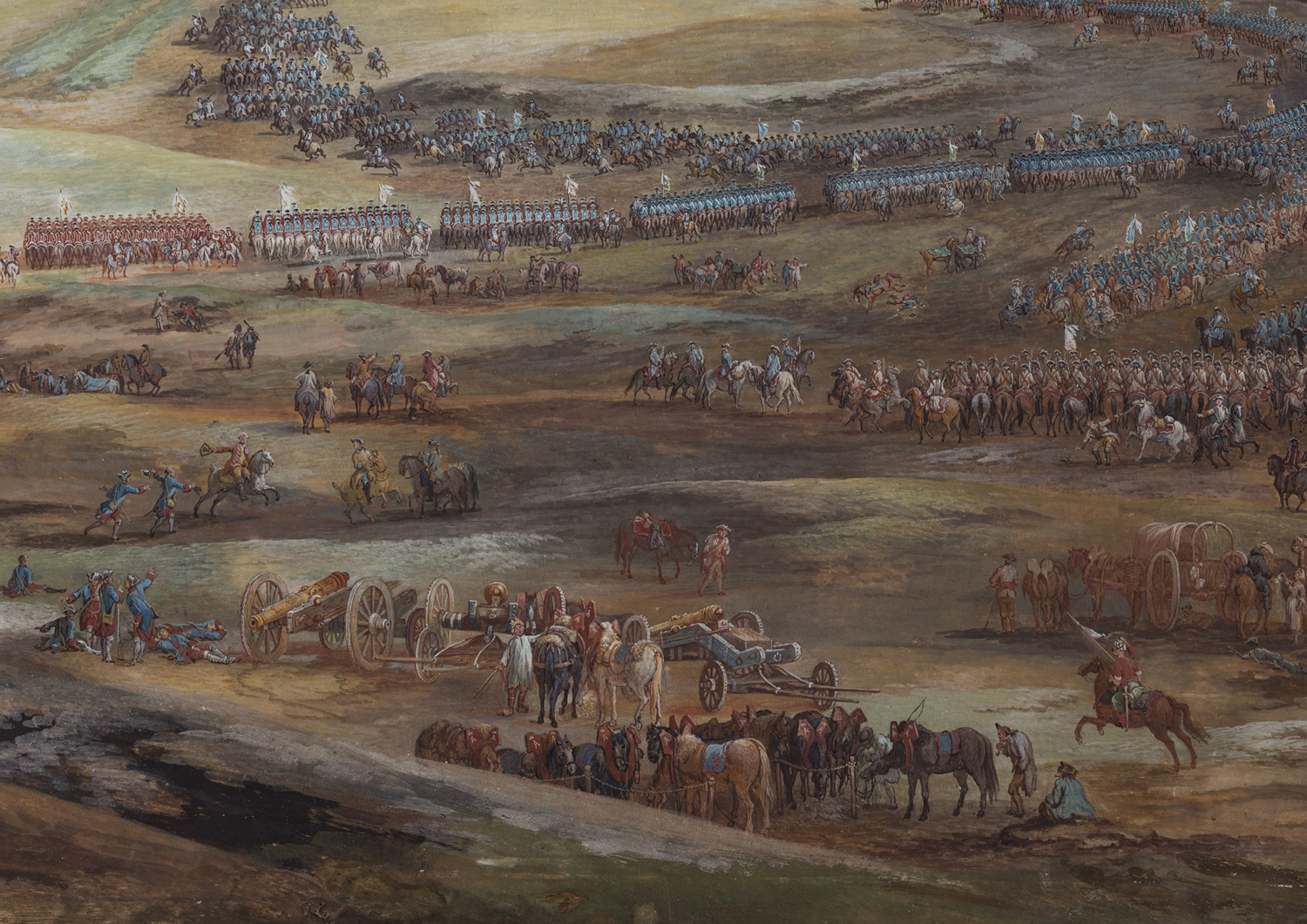 Louis-Nicolas Van Blarenberghe presented this virtuoso gouache, of one of the main battles of the War of the Austrian Succession, as his masterpiece of admission for the role of “Peintre de Batailles”, of which he obtained the patent on January, 1st 1769. He was granted a second patent in 1778, when Louis XVI commissioned him a series of gouaches inspired by the same Flanders military campaign for the King’s private apartments in Versailles.

Van Blarenberghe, no doubt inspired by the twenty-three views of the Lawfeld Battle by Jean-Baptiste Berthier, painted this decisive battle several times on large and small scales, but always with the same concern for rendering details. A scene painted on a snuffbox’s cover, housed in the Louvre, has a similar composition to the present gouache.

This work was part of the collection of Baron Mayer Amschel de Rothschild (1818–1874), hanging in the castle he built in Mentmore, Buckinghamshire. Baron Rothschild had a special interest for Van Blarenberghe’s works. At the important auction that dispersed the content of the magnificent house in 1975, there were no less than fifteen works by members of this artist’s dynasty.