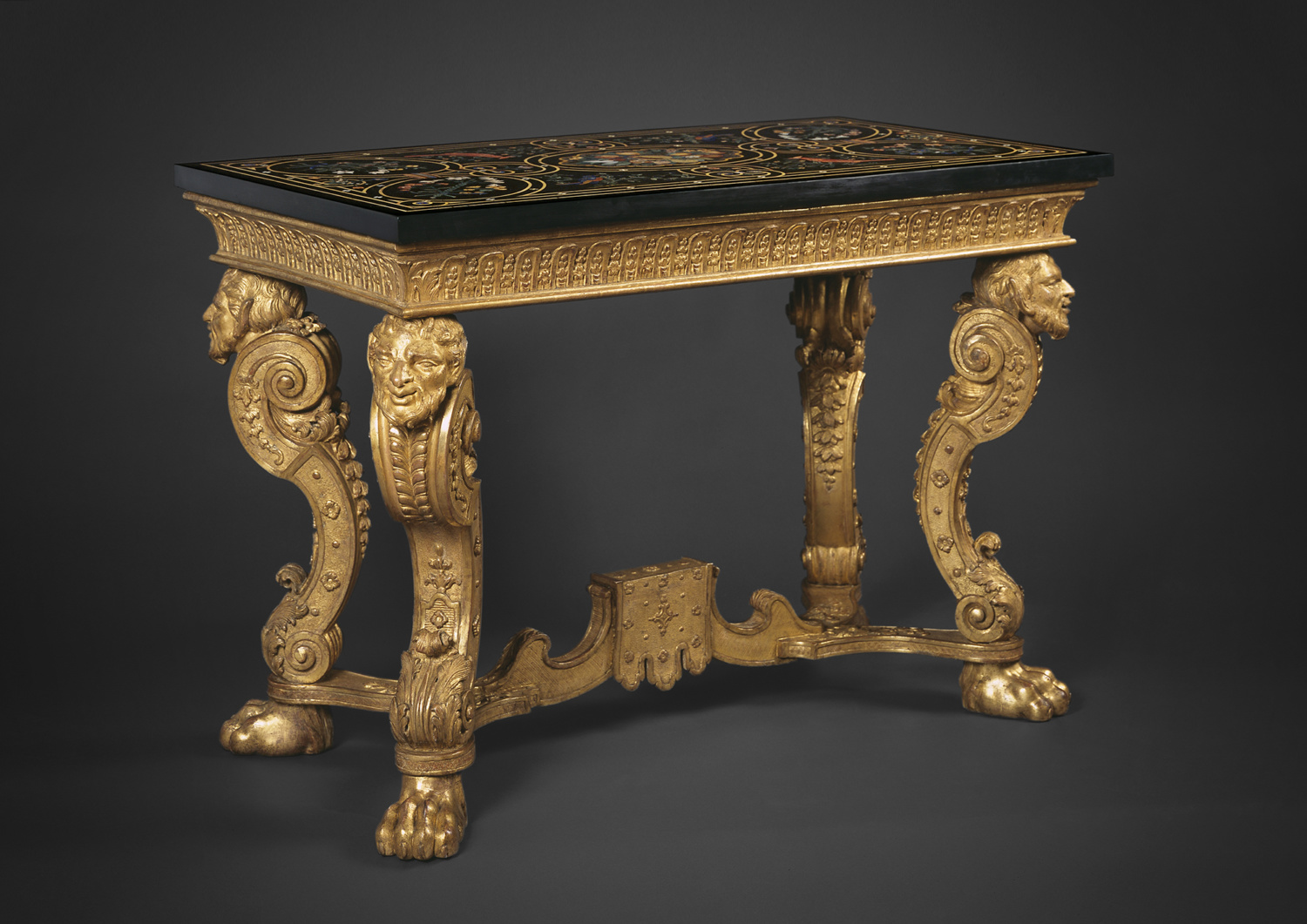 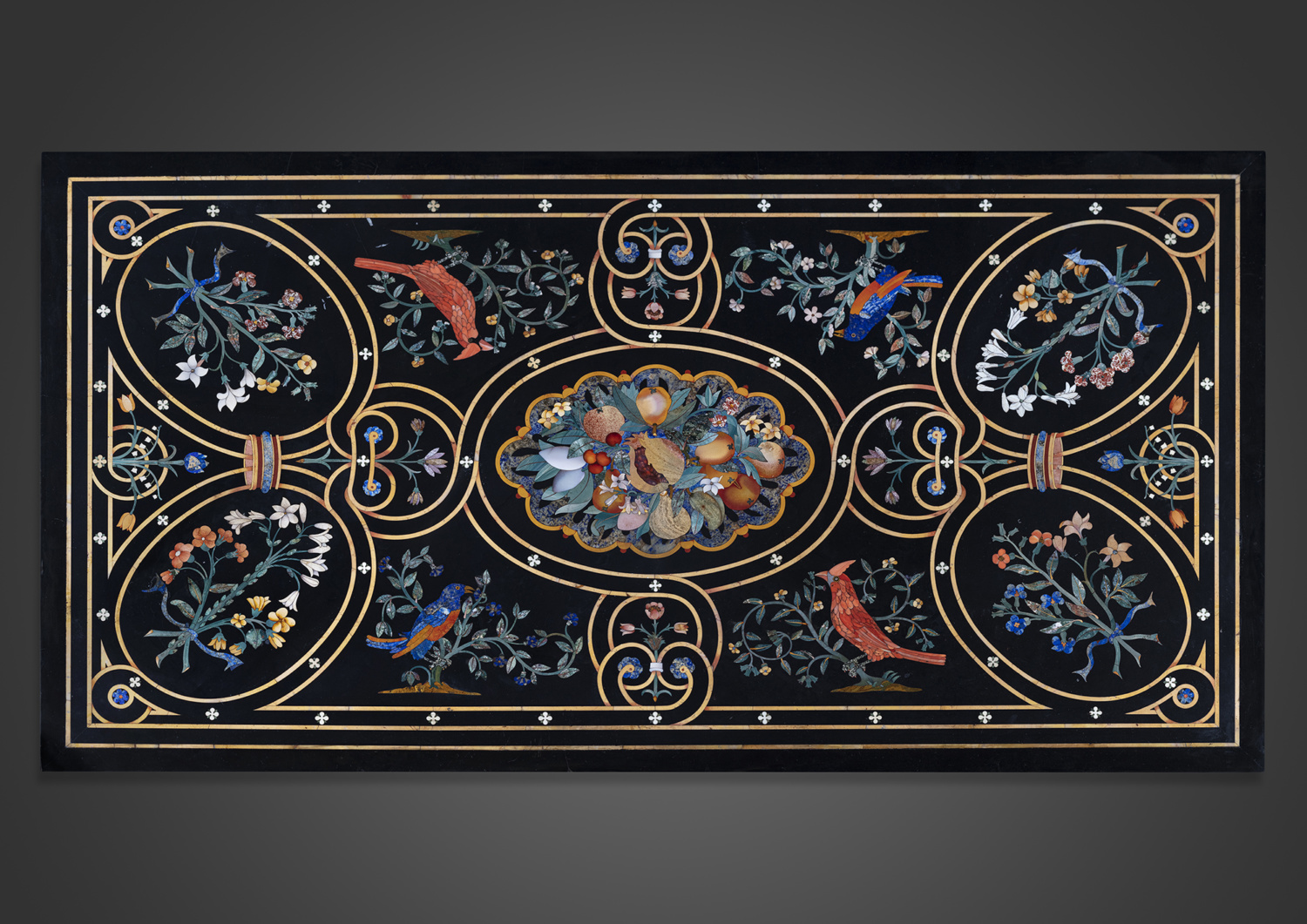 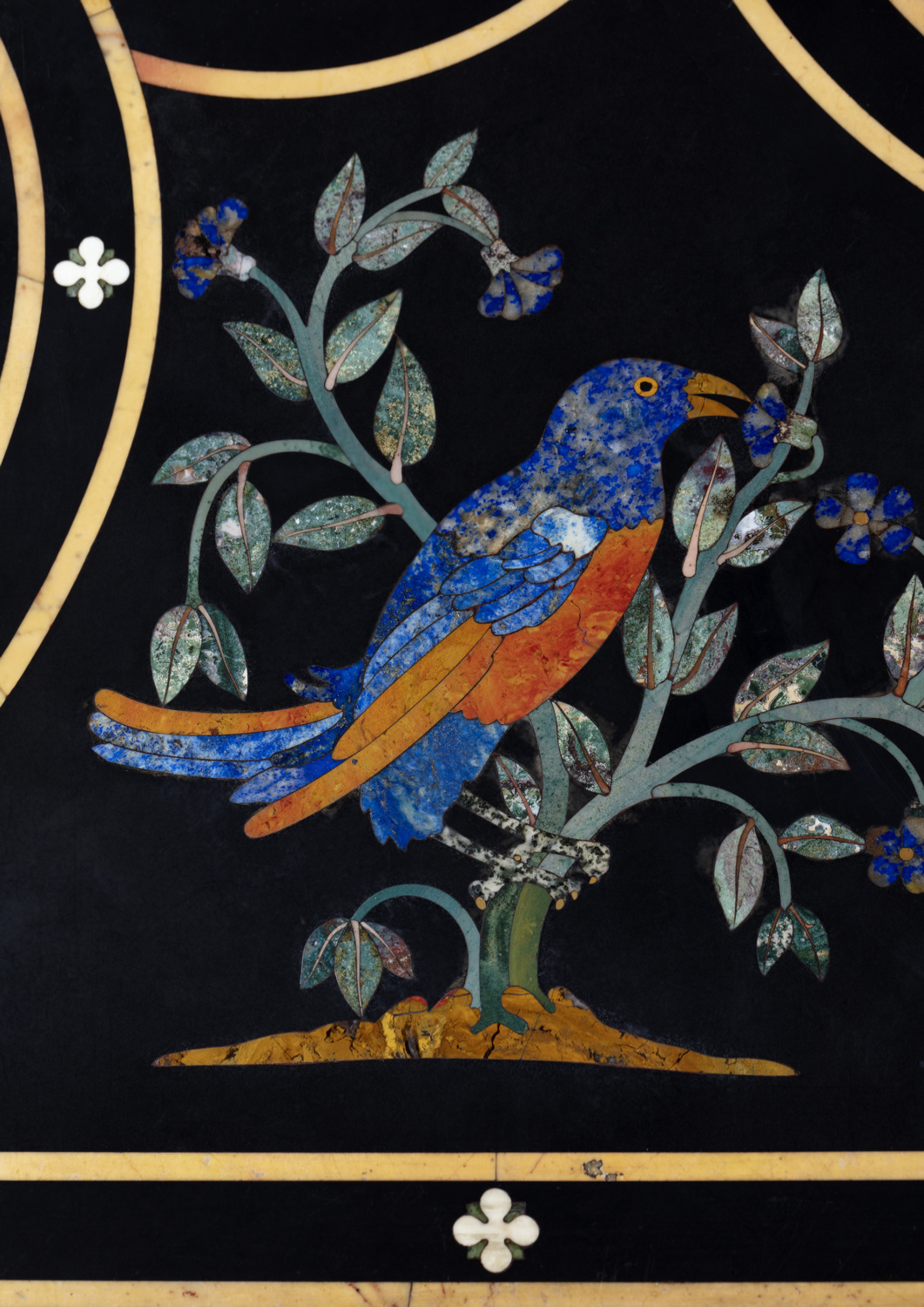 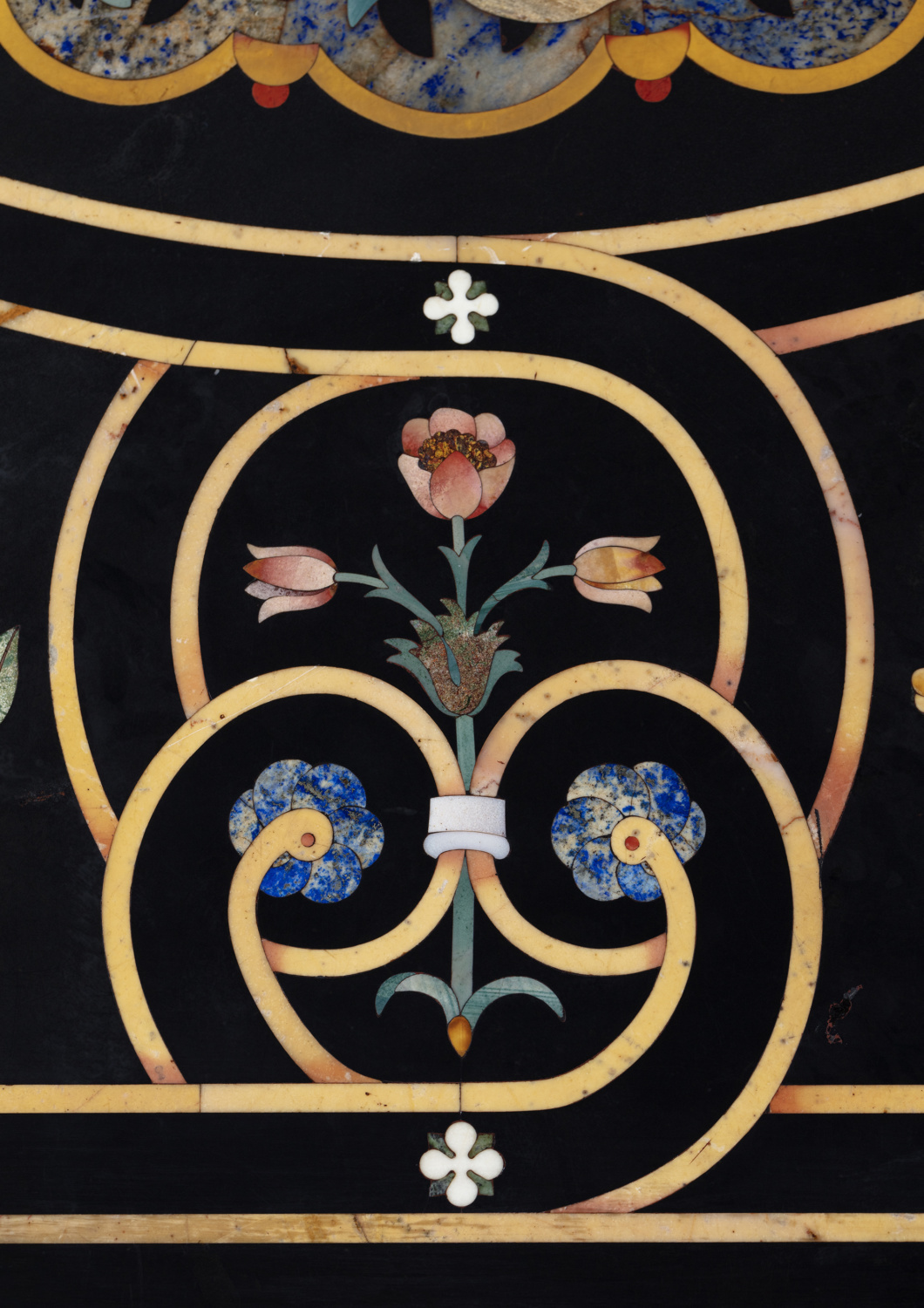 This mid-seventeenth century Florentine pietra dura tabletop, whose pendant is presently at the Palace of Schönbrunn near Vienna, is an impressive example of a production demanding impeccable craftmanship. The table’s design, with its many naturalistic motifs, especially of birds and flowers, are undoubtedly derived from the repertory created by Jacopo Ligozzi for the Galleria dei Lavori in pietra dura.

Although Ligozzi’s drawings continued to be used long after his death by the Grand Ducal craftsmen—and some elements can surely be recognised on the present table such as the Cardinal, a red bird of American species, the cartoon of which he created around 1604—the composition of this tabletop as a whole is of a very different style.

In particular, the central pattern of a fruit tray is very rare in the Florentine hardstone production and can only be found on two other works: a tabletop in Saint Petersburg and its pendant at Rosenborg Castle in Copenhagen.