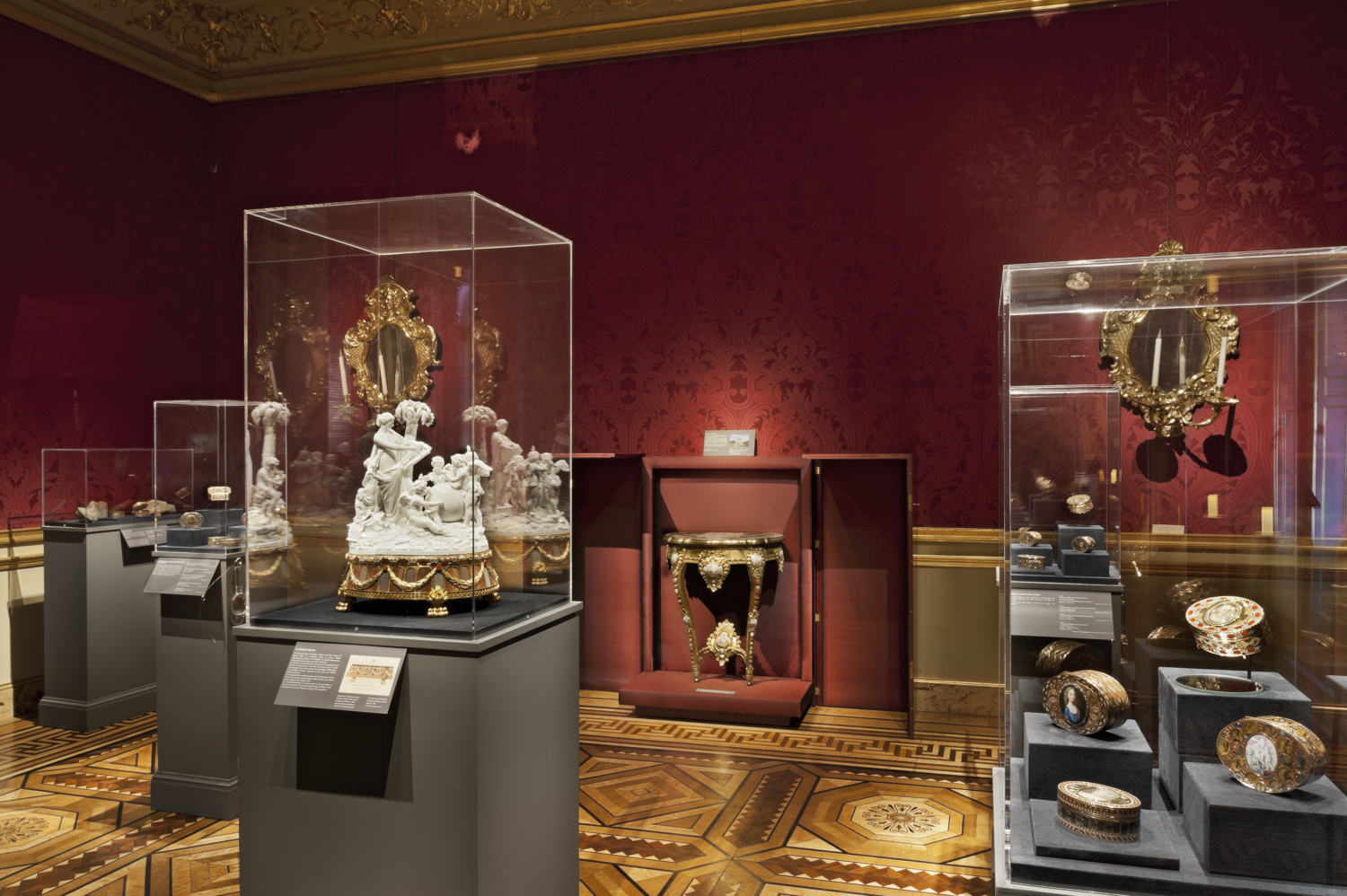 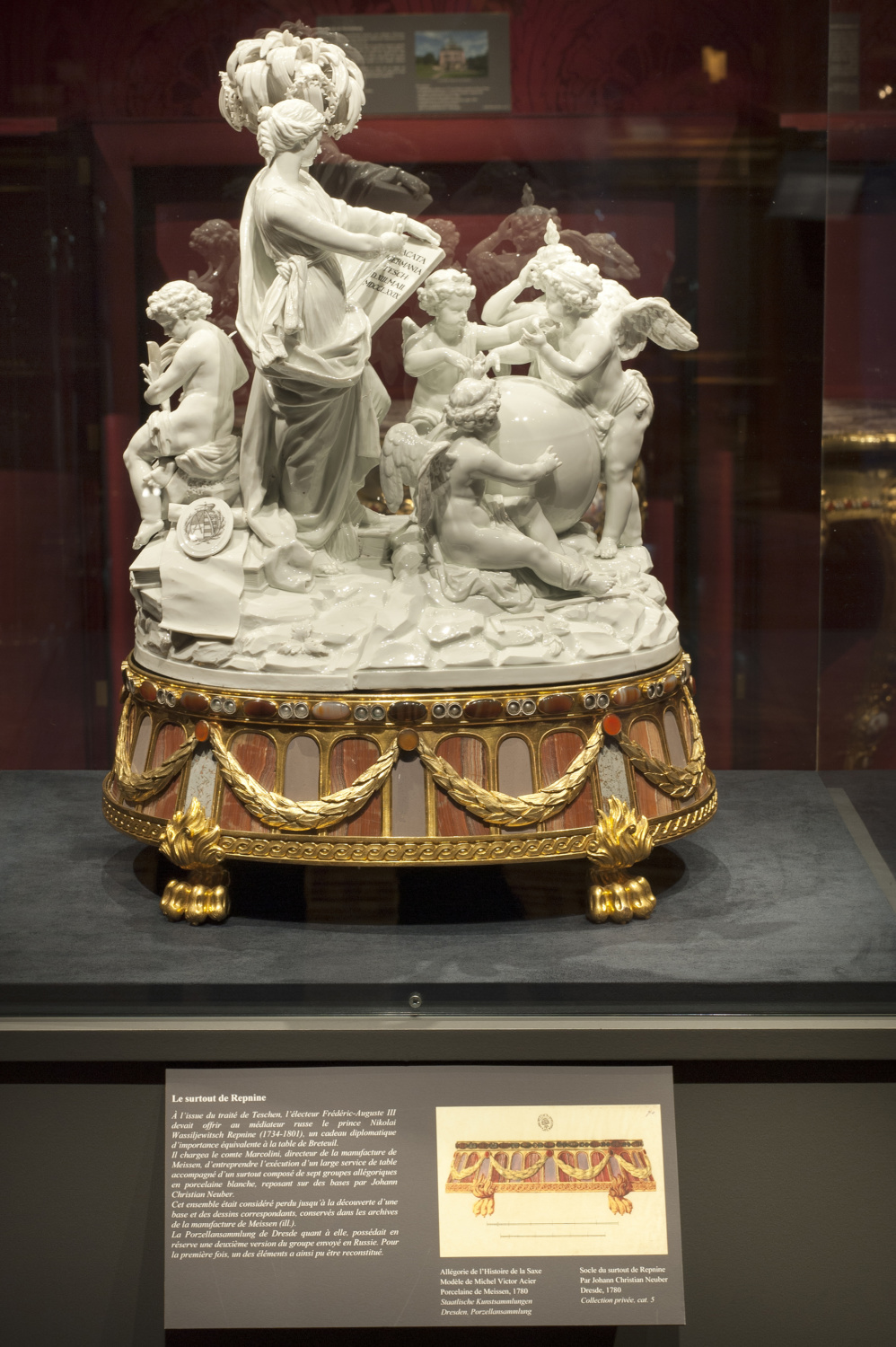 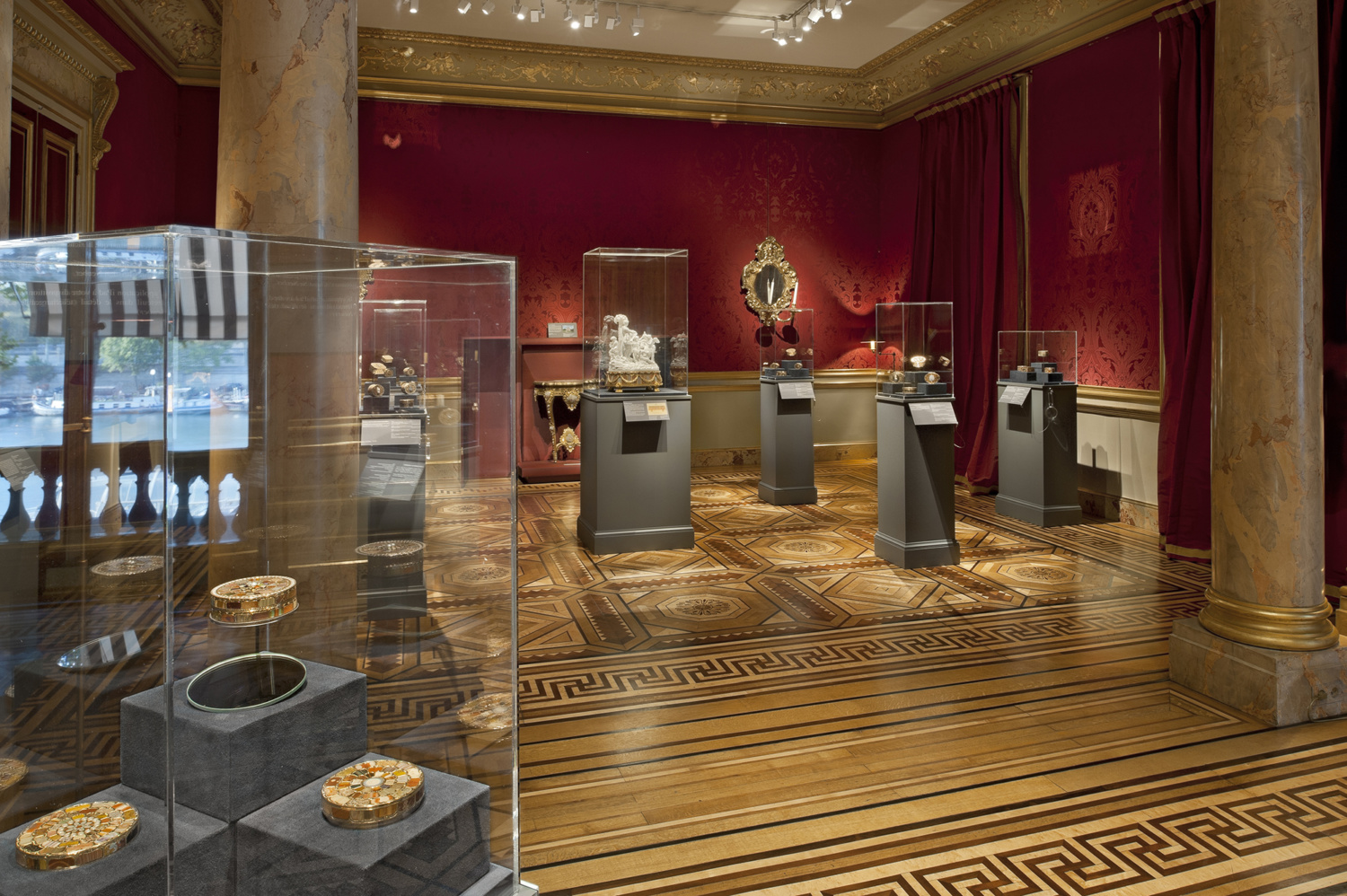 The exhibition held at Galerie Kugel during fall 2012, organized with the Grünes Gewölbe in Dresden and the Frick Collection in New York, was devoted to the work of Johann Christian Neuber (1732–1808), mineralogist and goldsmith at the court of the Elector Frederick Augustus III of Saxony.

Drawing on an established Saxon tradition of working in semi-precious stones, Neuber perfected and developed to its zenith the technique known as Zellenmosaic or cloisonné encrustation, making snuffboxes and galanteries not only refined in their taste but rich in the colours and patterns that only Saxon geology could afford.

Alert to the rising taste, among the elite and the nobility of his age, for all ‘natural’ science and for mineralogy in particular, Neuber invented the Steinkabinettabatiere or snuffbox forming a mineralogical cabinet—miniature masterpieces combining, as he announced in his advertisment for their sale, “luxury, taste and science”.

The exhibition presented nearly forty snuffboxes and galanteries from the Grünes Gewölbe, the celebrated ‘green vault’ in Dresden containing the world’s finest collection of treasury art, from the museum of porcelain in Dresden and from a number of private collections. These exquisite works reveal Neuber’s ingenuity in the service of beauty and cover all aspects of his production featuring enchanting landscapes, intricate floral designs and complex geometric patterns made out of tiny cut stones.

The exhibition offered a unique opportunity to discover the Breteuil Table, one of the masterpieces of Western art, now in the collections of the Musée du Louvre. It was the first and perhaps the last exhibition on a snuffbox maker of the 18th century, for no other left such a personal and original heritage.

The New York Times
A Jeweler Picks Up Where Nature Left Off
July 12, 2012
Online PDF 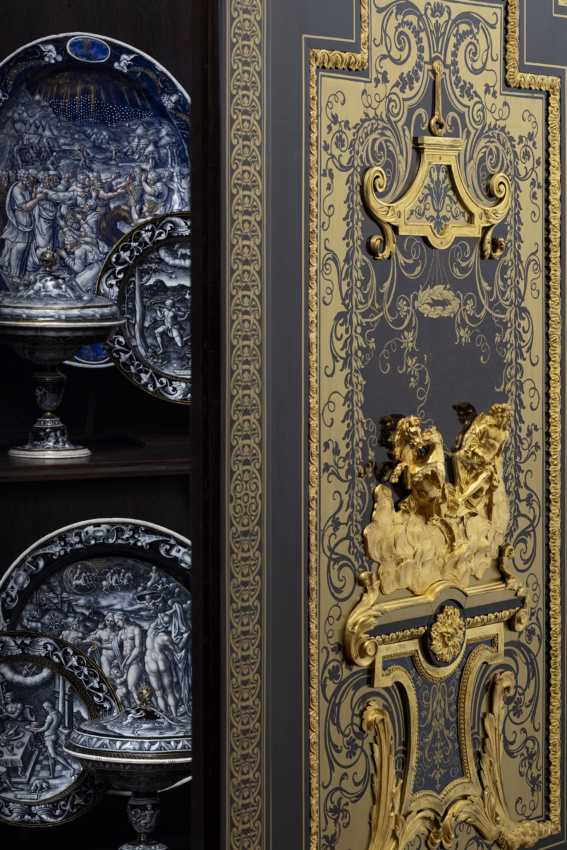