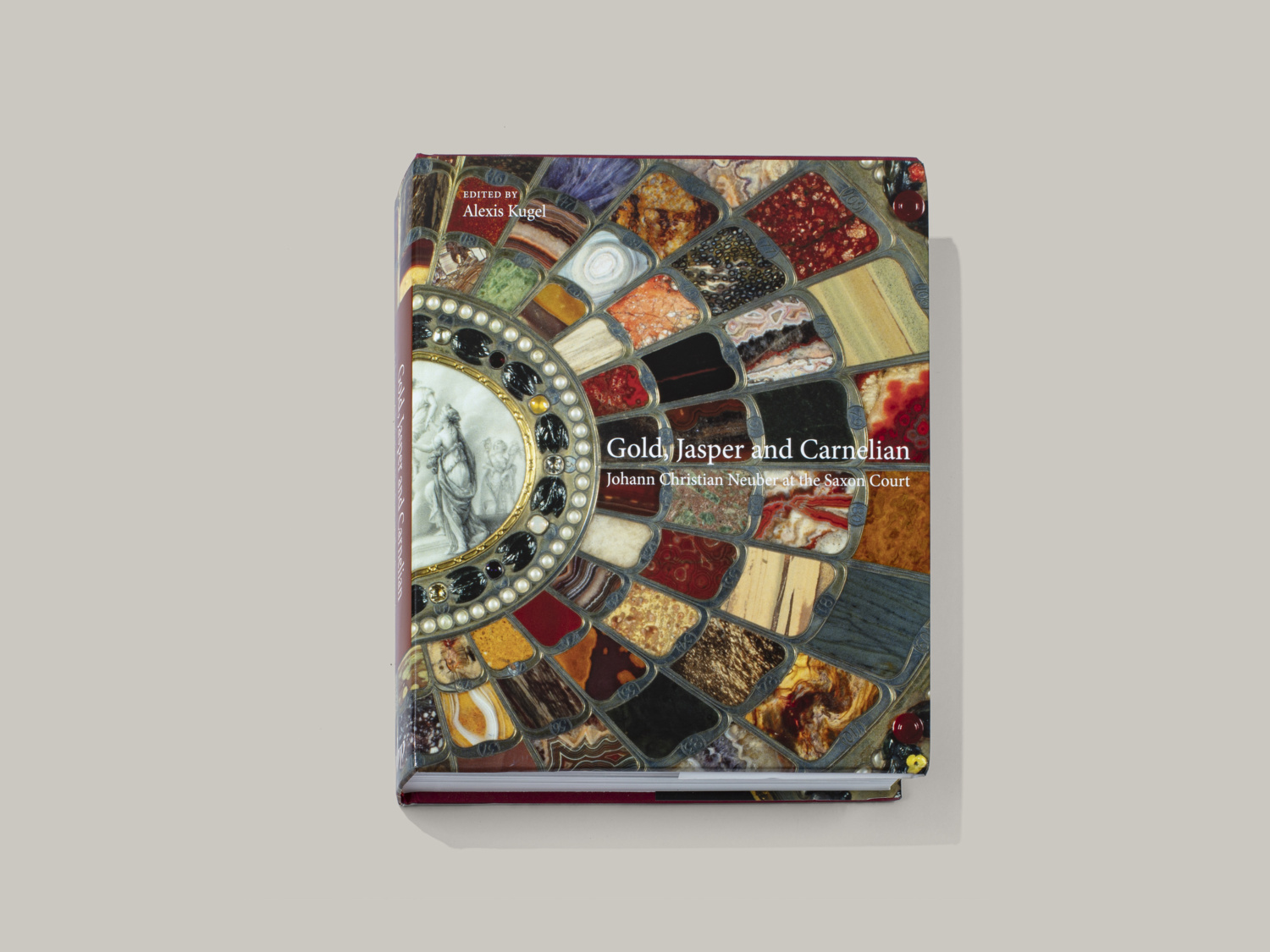 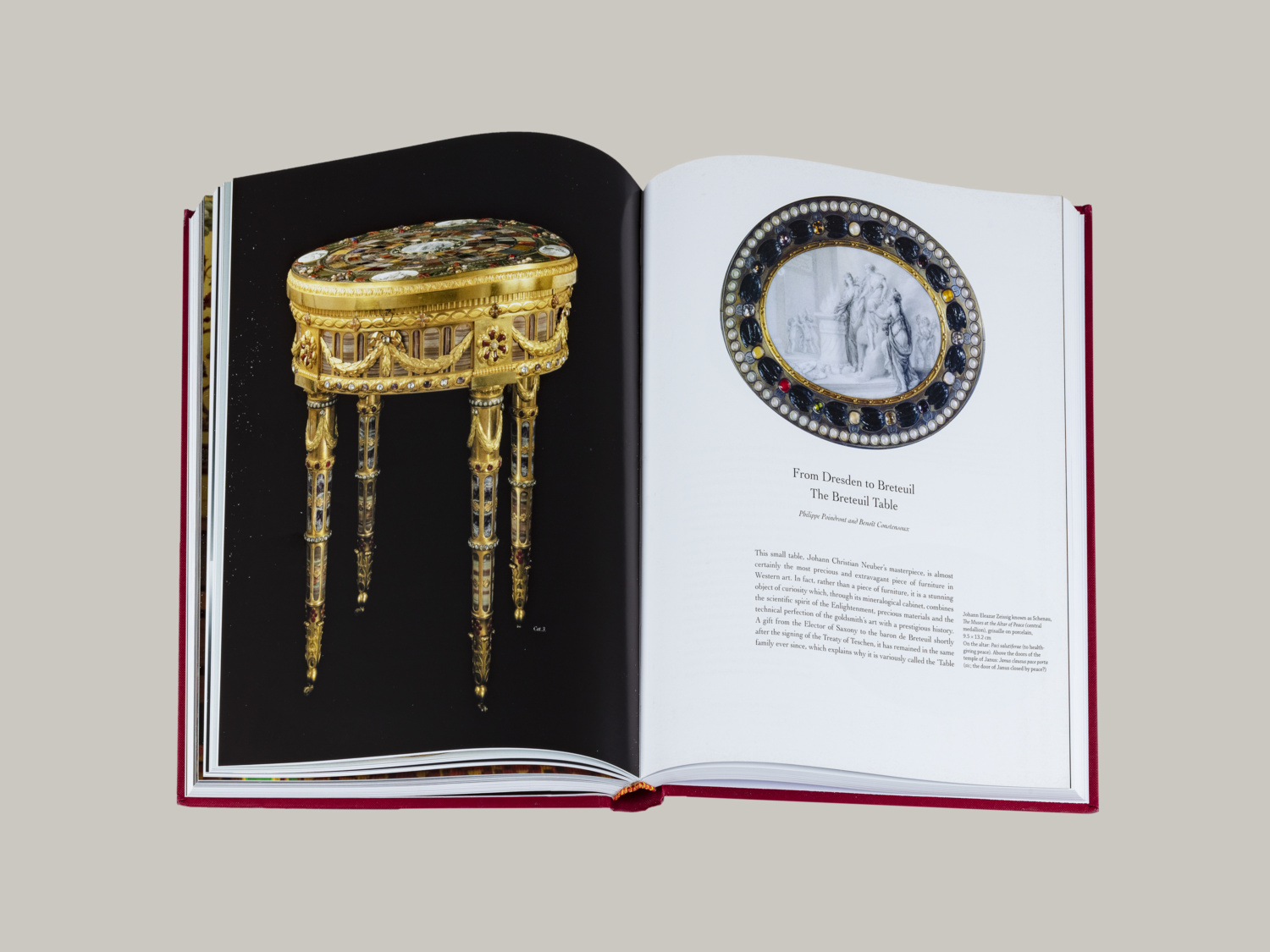 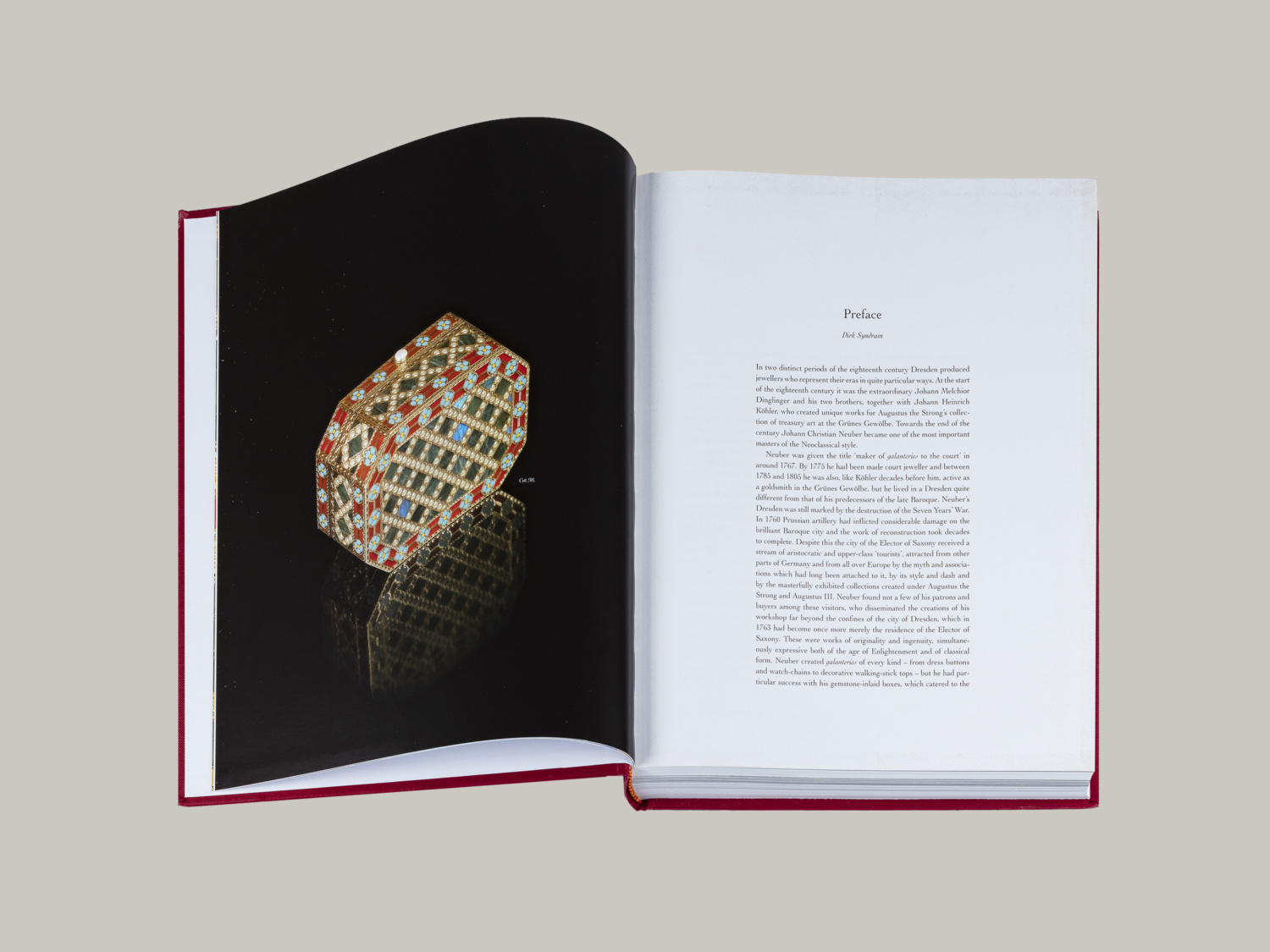 It includes essays by experts in several fields, including Dirk Syndram, director and Jutta Kappel, deputy director of the Grünes Gewölbe, and an indispensable catalogue raisonné of more than 250 works.

Johann Christian Neuber (1736–1808) was a goldsmith and mineralogist at the Saxon Court. In 1769 he became director of the Grünes Gewölbe, the magnificent State Treasury, and was appointed court jeweller in 1775. He specialized in creating small gold boxes, chatelaines and watchcases decorated with semiprecious stones, such as agate, jasper and carnelian. Neuber fashioned enchanting landscapes, complex floral designs and geometric patterns out of tiny cut stones, often incorporating Meissen porcelain plaques, cameos and miniatures. These one-of-a-kind objects are treasured in public and private collections all over the world today, but had never been brought together.

This book is the first comprehensive introduction to this master craftsman’s oeuvre, presenting boxes and other decorative objects from the Grünes Gewölbe, the Metropolitan Museum of Art as well as public and private collections in Germany, France and United States. One of its highlights is the ‘Breteuil Table’, which was made as a diplomatic gift nearly 250 years ago and is now in the collections of the Musée du Louvre. The context and history of the growing interest in mineralogy and its celebration in these works of art are fully investigated. Its distinguished authors include Dr Jutta Kappel, Senior Curator and Deputy Director of the Grünes Gewölbe, Dresden; art historians and specialists Sophie Mouquin and Philippe Poindront; marquis de Breteuil, Henri-François Le Tonnelier; and the editor of the book, Alexis Kugel.

This book was published to accompany a prestigious exhibition on Neuber which took place at the Grünes Gewölbe in Dresden, the Frick Collection in New York, and Galerie Kugel in Paris.