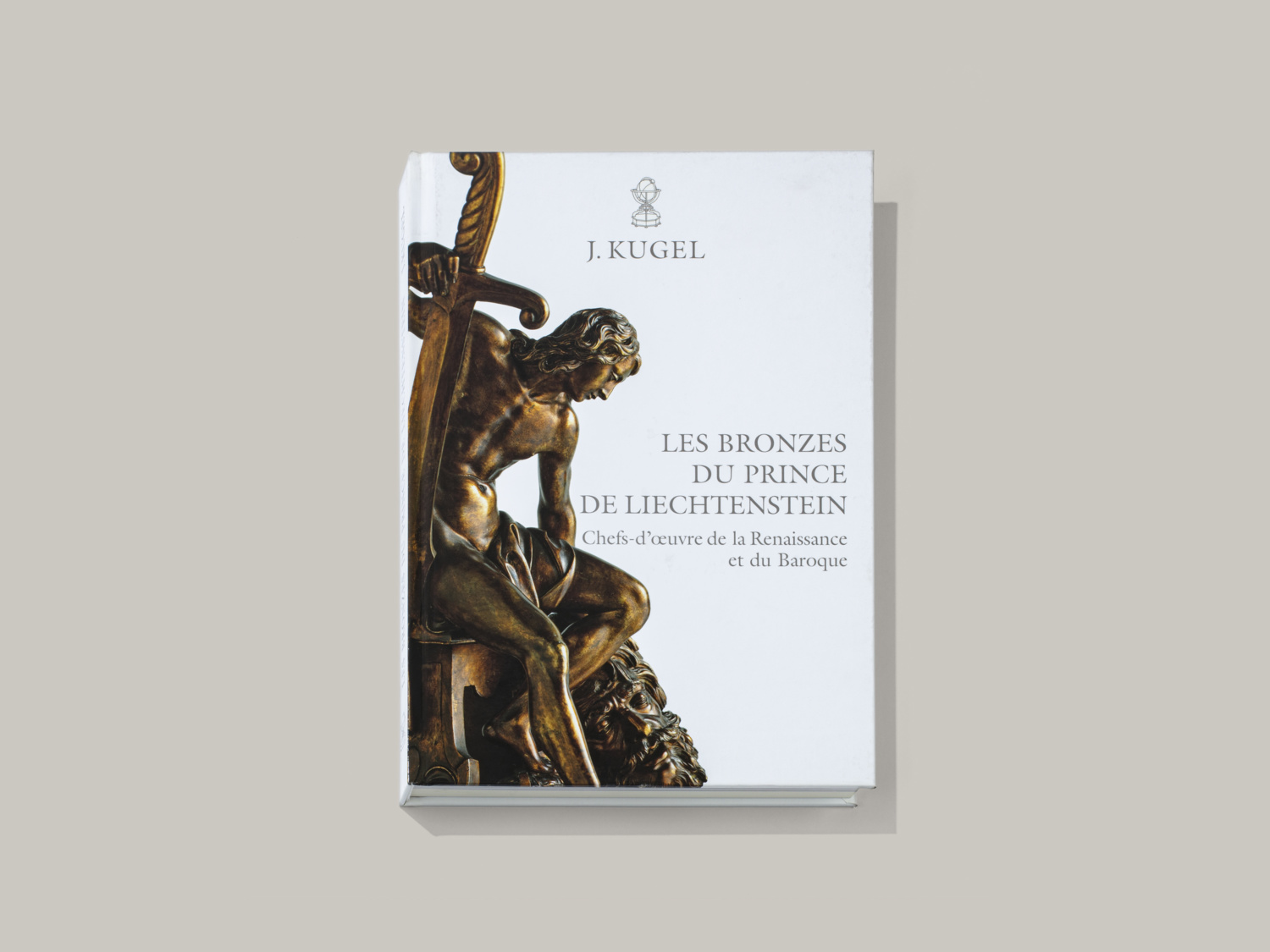 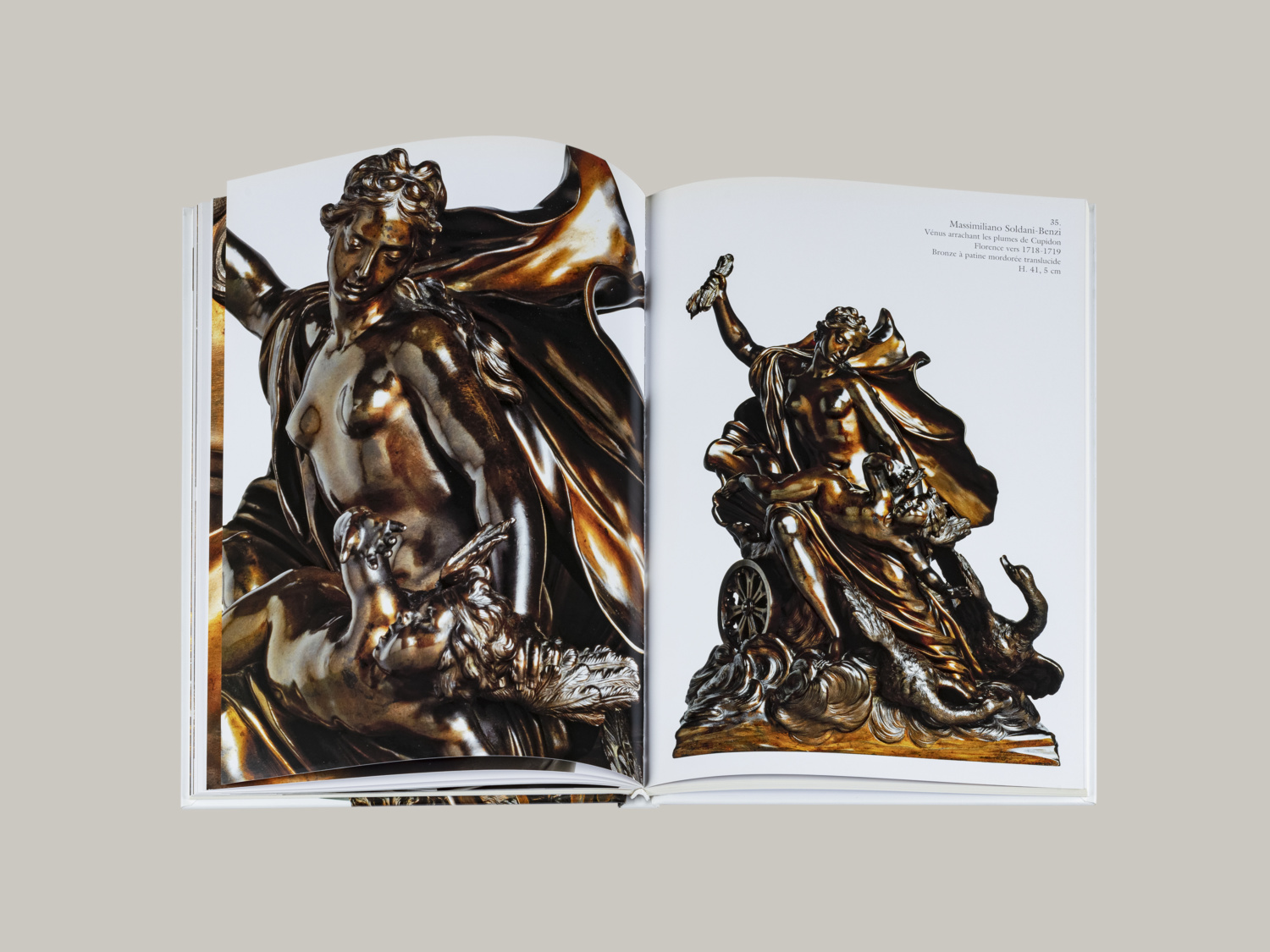 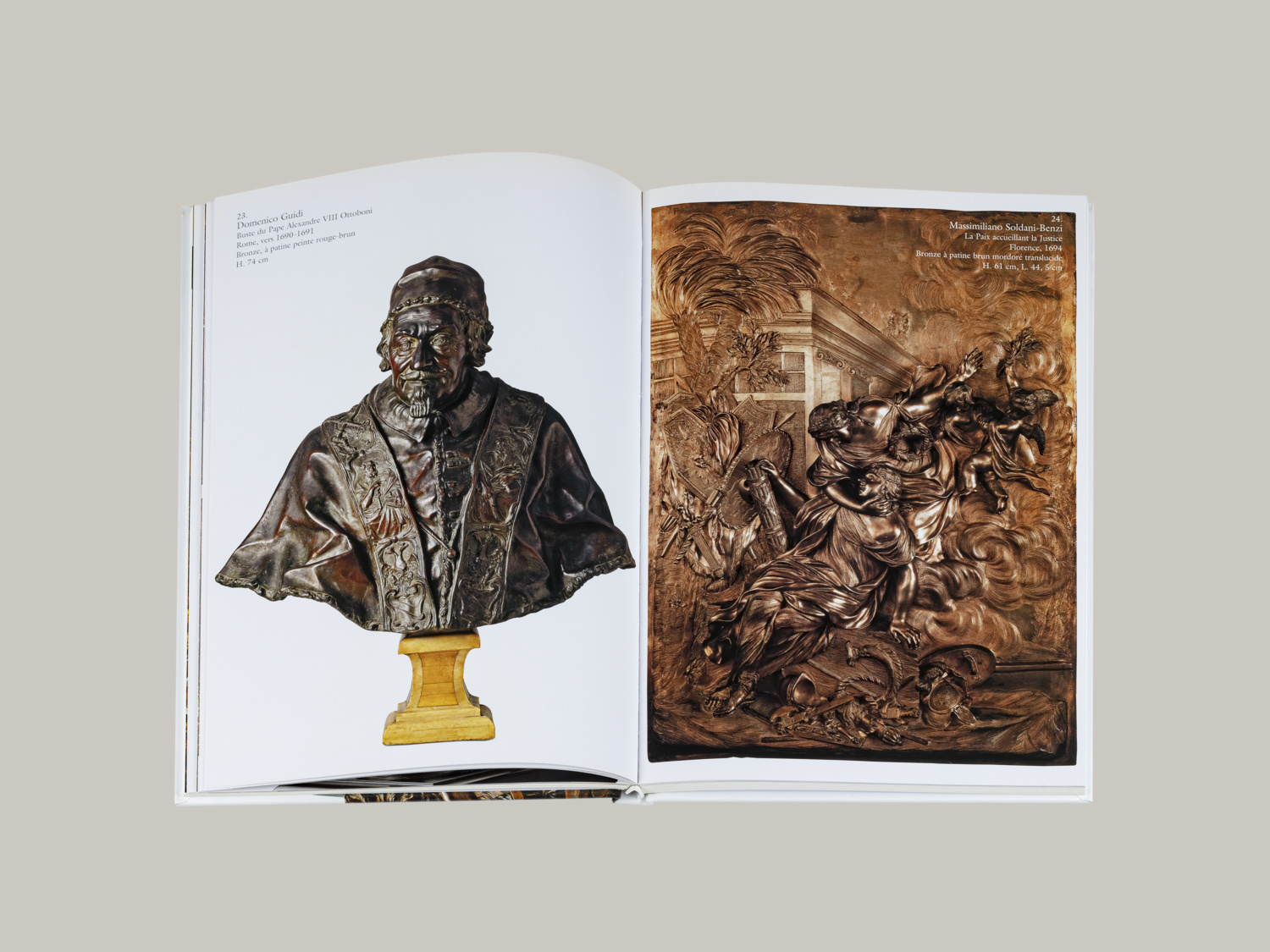 It stands today in the Garden Palace of the Rossau in Vienna restored by the current prince and opened to the public in 2004. In 2008, Galerie Kugel presented this collection for the first time in France and published this catalogue at the same occasion.

The reigning prince H.S.H. Hans Adam II von und zu Liechtenstein is the last of a long dynasty of great collectors. Prince Karl I von Liechtenstein (1569–1627), the founder of the dynasty was High Steward to the emperor Rudolf II, one of the greatest collectors of all time. Having close ties with the artists that the emperor had brought to Prague, Prince Karl commissioned them to create great masterpieces such as two life size bronzes by Adrian de Vries. His son, Prince Karl Eusebius (1611–1684), succeeded him at the age of 16 and decided to take three years “Grand Tour” trip around Europe. He returned with great enthusiasm for Italian art and his inventory of 1658 lists an exceptional number of bronzes after Giambologna, mainly by Gian Francesco Susini. He passed on to his son his love of bronze and prince Johann Adam Andreas I (1657–1712) purchased in around 1700 a unique group of Florentine bronzes by Massimiliano Soldani. Finally, a third of the 40 bronzes exhibited, was acquired during the last decade by the reigning prince H.S.H. Hans Adam II von und zu Liechtenstein.